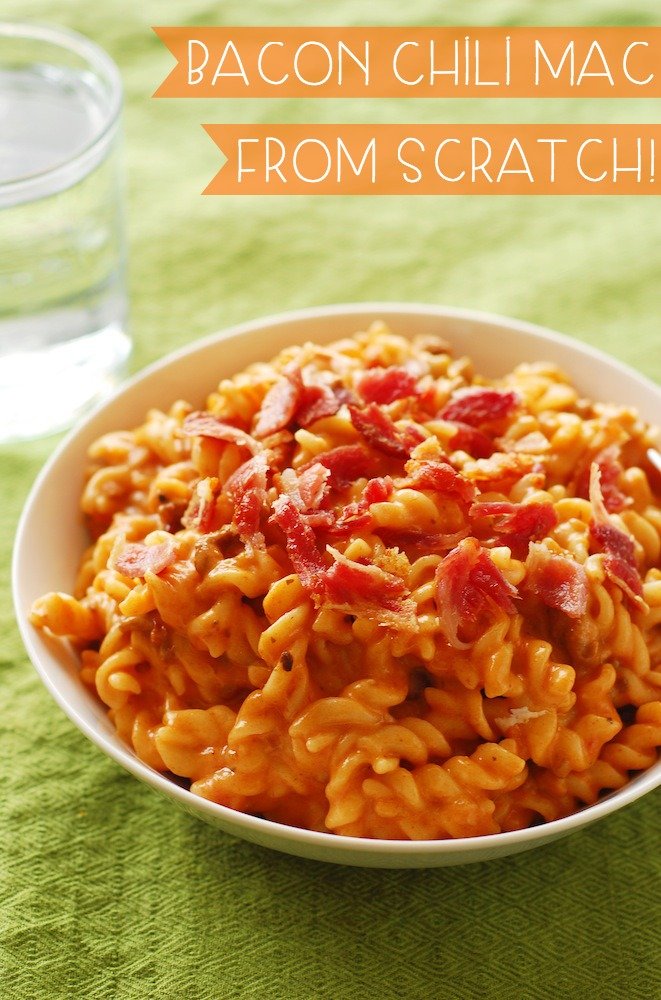 Let me start this post by saying that “chili mac” was not a part of my childhood. Usually, chili mac consists of mixing a prepared box of Kraft macaroni and cheese with a can of chili. This couldn’t have happened at my house, because the only canned soup to be found was tomato or the occasional chicken noodle and I was lucky enough to have a mom that made incredible mac and cheese from scratch. It was one of my favorite comfort foods growing up and every time I make it, using her recipe of course, I can picture my mom standing in our kitchen cubing a block of cheese and feeling thrilled because I knew what was for dinner that night.

Now, excuse me while I go cry because I haven’t seen my mom in eight months. I’ll be home soon, Mom! Cue more crying because we’ll be leaving Cape Town in two and a half months. I’m a little bit of an emotional wreck these days.

Anyways, we had some leftover chili in the fridge and my predictable craving for mac and cheese kicked in, so I thought we’d try chili mac for dinner. Fiance likes his mac and cheese with other things stirred in (hence this chorizo mac and this bacon cheeseburger mac), so everyone was happy.

This chili is made from homemade mac and cheese and homemade chili. People of the blogosphere: it is SO EASY to make macaroni and cheese from scratch!!! Ditch the mystery powdered orange stuff! Admittedly, this is coming from someone who has a huge weakness for the blue box, although I’ve switched to the organic varieties since college so I can convince myself I’m somehow having a nutritious lunch.

Start by whipping up some easy-peasy mac and cheese. The sauce consists of butter, flour, milk, black pepper, and cheese. Added in that order. Seriously, so easy. 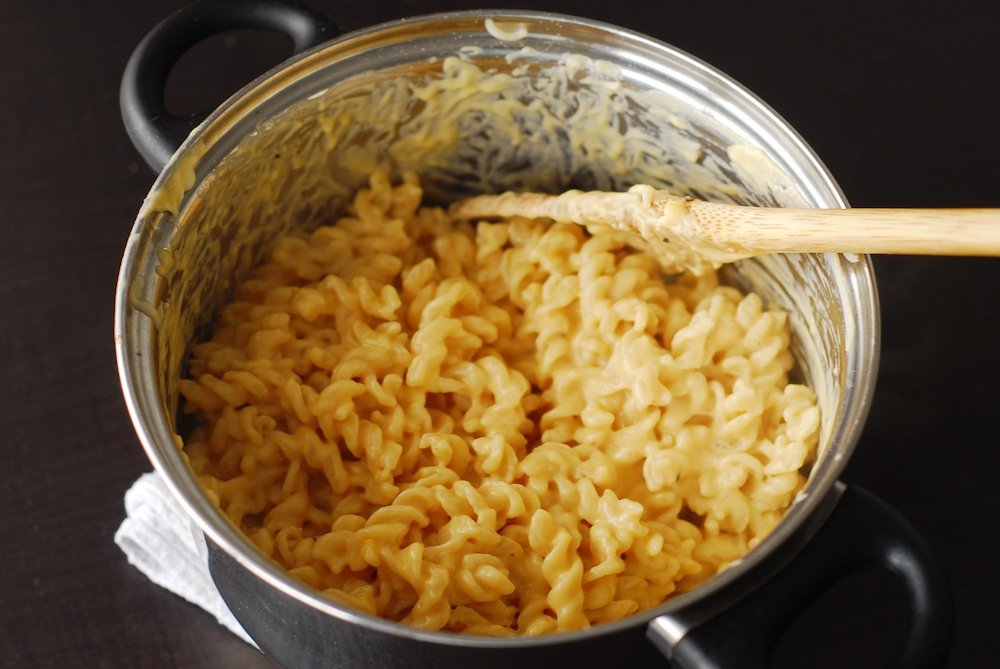 Then stir in some chili. I recommend using leftovers for this. I’ve got a thing against recipes that require me to make something to make something, but if it’s a great way to repurpose leftovers, I’m on board. And seriously, who doesn’t have leftovers after chili night? Don’t get me wrong, I love, love, love chili but by the third day of eating it for lunch I could do with a little variety in my life. If you must use a prepared can of chili, you can do that, too. But it won’t be as tasty. 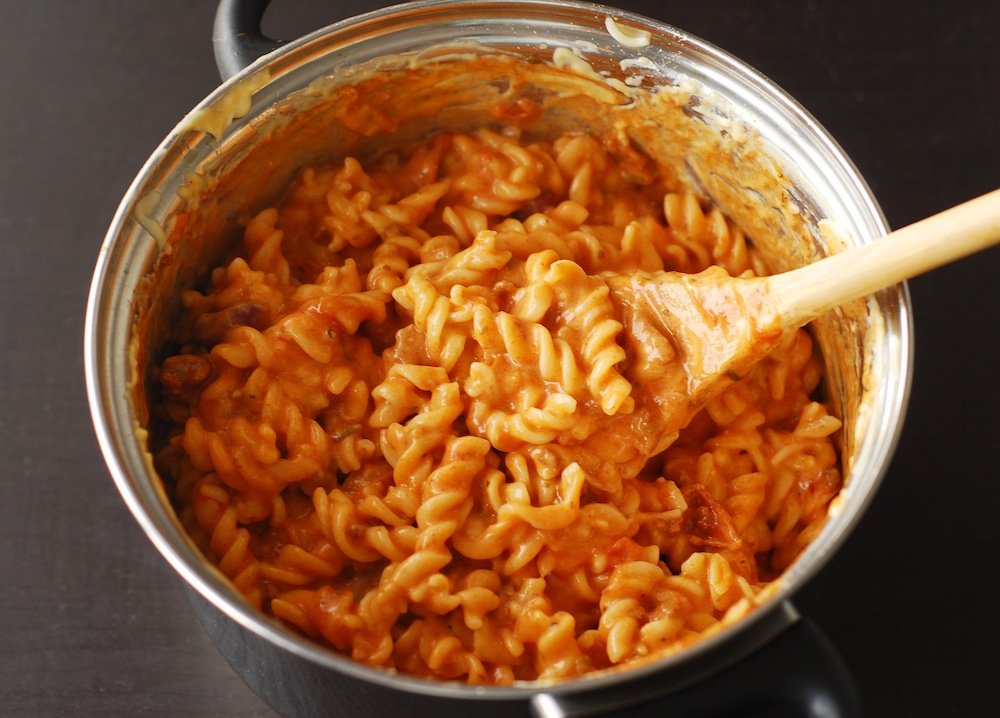 This chili mac is extra special because of bacon. You wanna know a trick? Bacon makes EVERYTHING extra special. In fact, there are very few things that wouldn’t taste better with bacon added to them. But let’s do things in moderation, here. Save the bacon additions for things that are already over the top. Also known as Bacon Stuffed Cinnamon Rolls.

So once you’ve stirred in a very generous helping of crumbled bacon, you have a choice. You can definitely dive into this bacon chili mac as is. Or, you can spread it into a baking dish, hit it with some bread crumbs and even more bacon, and bake it. We baked it because Fiance prefers it that way, but you better believe I snuck a few bites before it went in the oven. 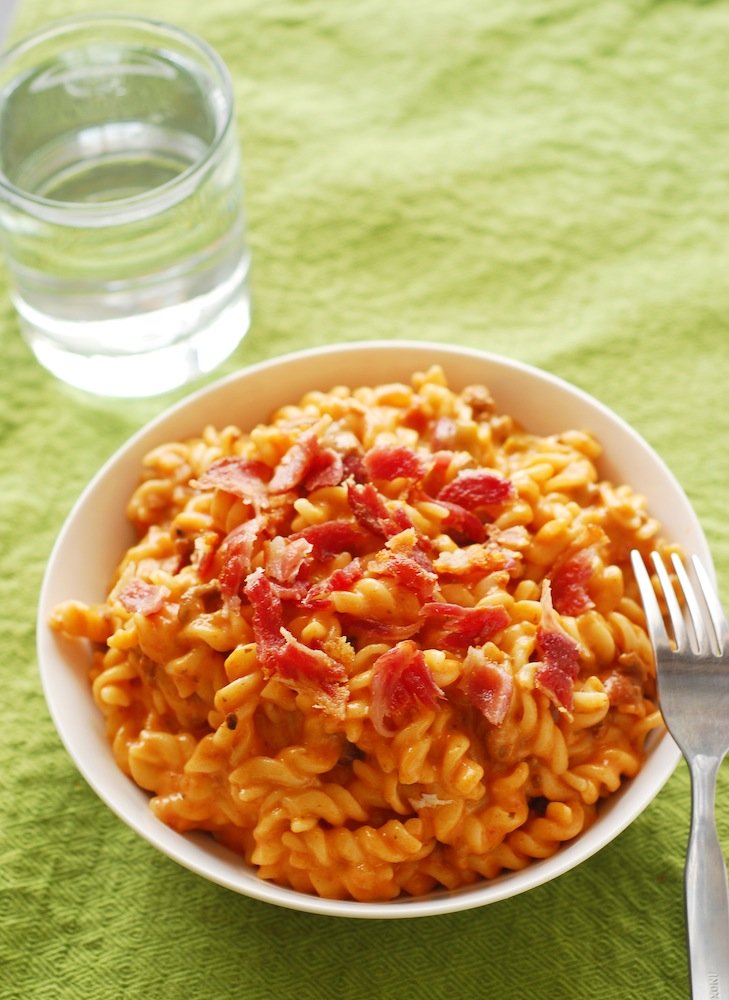 And then make sure you add some bacon for garnish. Because there can’t be enough bacon.

So, when you’re menu planning for the week, plan on having chili one night and this chili mac the next. It makes things nice and easy! 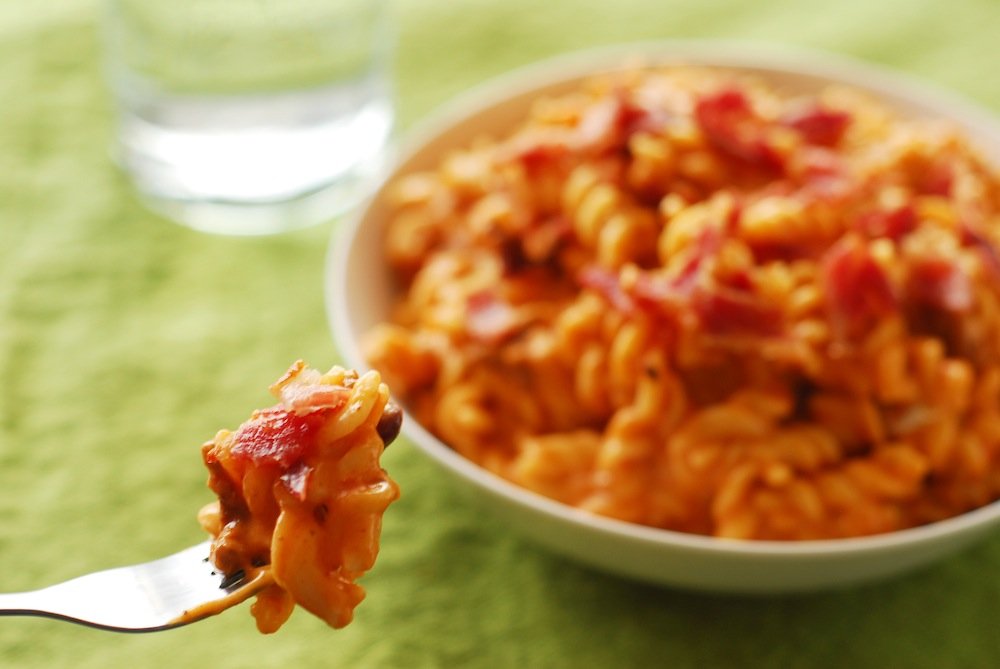