25 minutes
4 servings
The most flavorful fried chicken and waffles you will ever have! Tons of maple syrup, cinnamon, and jalapeno flavor all on a cornbread waffle.
Breakfast Main Dishes 30 Minutes or Less Chicken
Jump to Recipe
posted by Chelsea Cole on June 7, 2016 (last updated Oct 24, 2022)
This post may contain affiliate links. 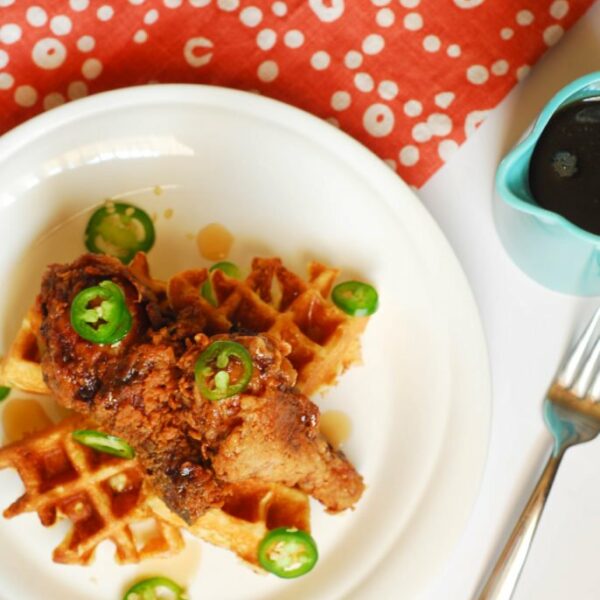 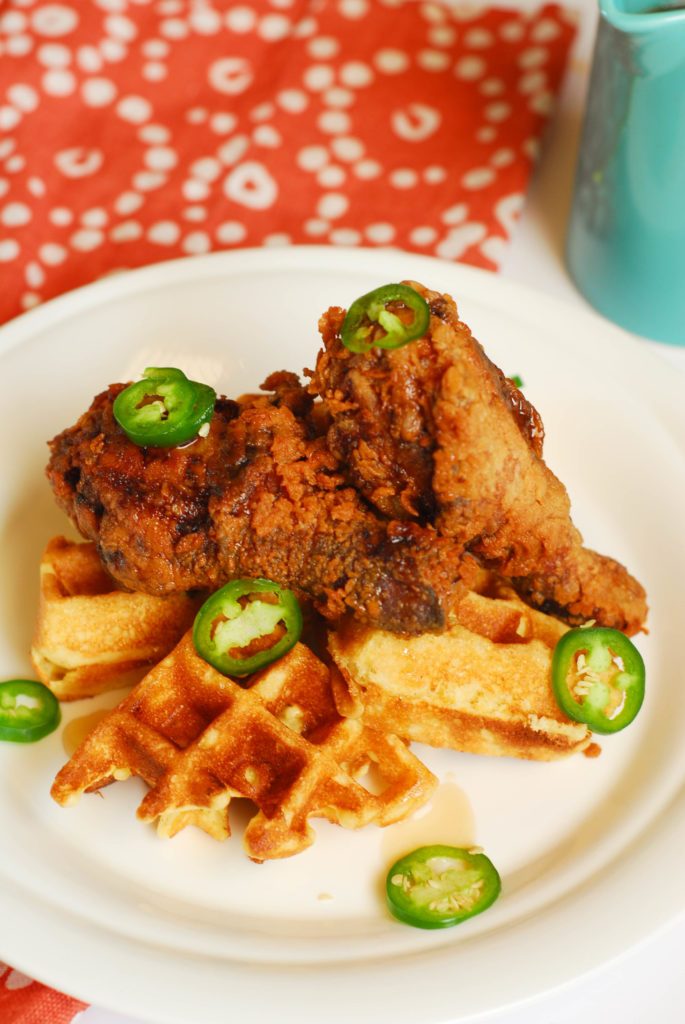 So, I don’t want to tell you how awesome I am. But I kind of have to. This recipe might be the best thing I’ve ever cooked, and I’ve gotta say it makes the top 10 of one of the best things I’ve ever eaten.

I know, I know – that’s a BIG claim. But I really, truly mean it. SO MUCH FLAVOR. The combination of salty + sweet + spicy is killer. Not to mention, it’s deep fried chicken and waffles. You can only go right and then more right with that combo.

It starts with the brine, which is a recipe from Around the Fire

, a cookbook written by the creators of what is probably my favorite restaurant in Portland: Ox. Their Argentine menu chock full of meat makes my mouth water every time I think about it.

So last weekend, I through a bunch of drumsticks into their recipe for maple brine. These drumsticks were fully intended for the grill. But, my food blogger wheels inevitably started turning and I thought that anything involving maple and chicken was just begging to be deep fried. 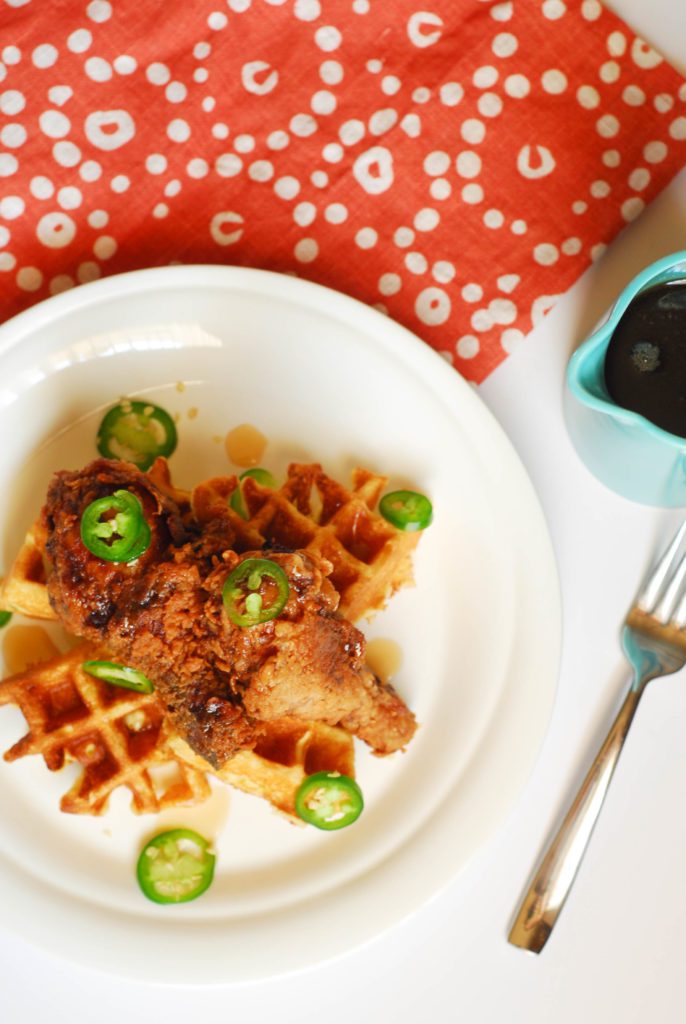 So I let them sit in the brine for about 36 hours, rinsed ’em, threw ’em into buttermilk for another few hours, dredge ’em, and fried ’em up.

Apparently I couldn’t stop there, though. I pulled a box of Jiffy cornbread mix from my pantry (I know, I know – judge away), mixed in some buttermilk, oil, and eggs, and turned it into waffles. Even more than that, Belgian waffles (<<< if you don’t have a Belgian waffle maker yet, please get one)

And then I had to go one step further by pouring maple syrup into a saucepan with a diced jalapeno and a cinnamon stick. 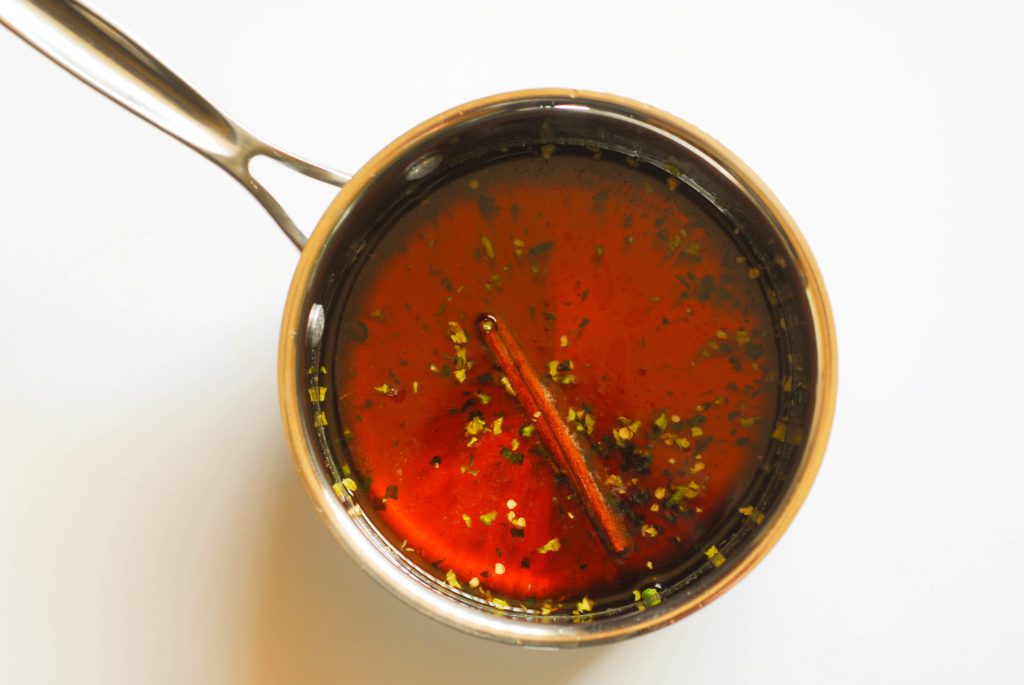 Excessive, yes, but all these flavors come together in a way that will make you weep with happiness.

Am I the only person who gets this worked up about food? Tell me I’m not alone here.

We ate this for dinner, but you might be able to justify having it for brunch. No one’s stopping you.