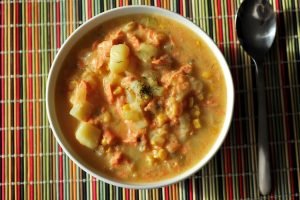 Boyfriend and I got to spend some time at the Oregon Coast last week. Are you ready to be super jealous that you don’t live here?

These are called the twin rocks. I don’t think they look that much alike- it’s annoying but I’ve made peace with it. 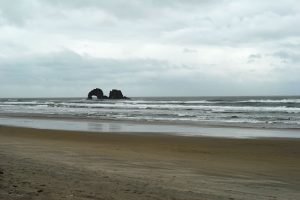 This is the coastal range turning into the ocean. So beautiful. 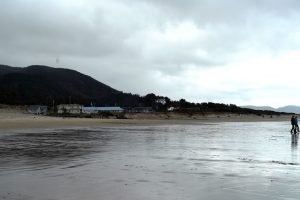 We visited a lighthouse in Tillamook.

There were some waterfalls surrounding it. 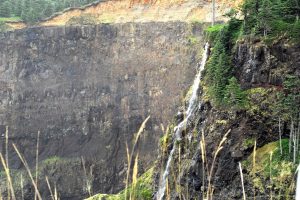 And some more gorgeousness. 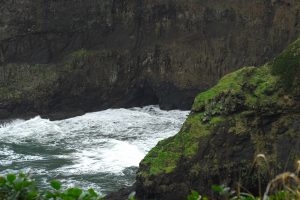 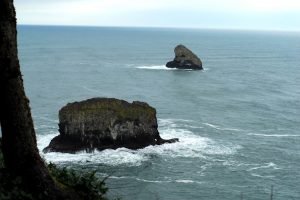 So beautiful. Most of our time was spent in Tillamook, but we did go to Cannon Beach for some delicious Mo’s, a well-known seafood chain on the West Coast. This is a beautiful rock formation on Cannon Beach. These two photos were taken with my phone. Sorry ’bout that, but it was raining. 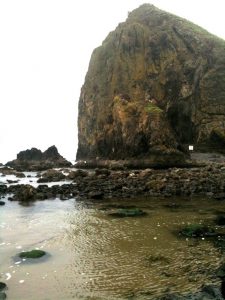 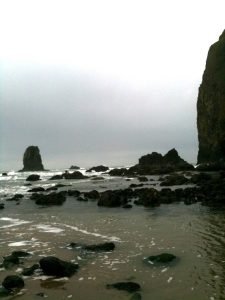 We went to Cannon Beach for seafood because we couldn’t find any seafood in Tillamook. A beach town. On the beach. With no seafood.

I’ll let you process that. Anywho, Mo’s was fabulous. We got clam chowder and halibut fish and chips. Mmmm! I love seafood.

When I got home, I needed more seafood. So I cooked up some salmon that I had in my freezer caught by my talented daddy, and it was amaaaazing. Then I used the leftovers to make my absolute favorite salmon chowder. 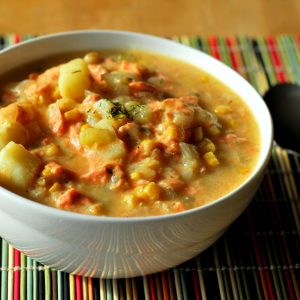 I love this chowder because you can healthify it: instead of heavy cream, I use fat free evaporated milk! It does have some cheese and butter, but what’s chowder without that? This is also a very quick meal and the leftovers may be even better than the fresh soup. Just maybe. 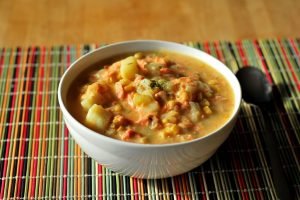 Adapted from Kenulia at AllRecipes
Serves 4-6