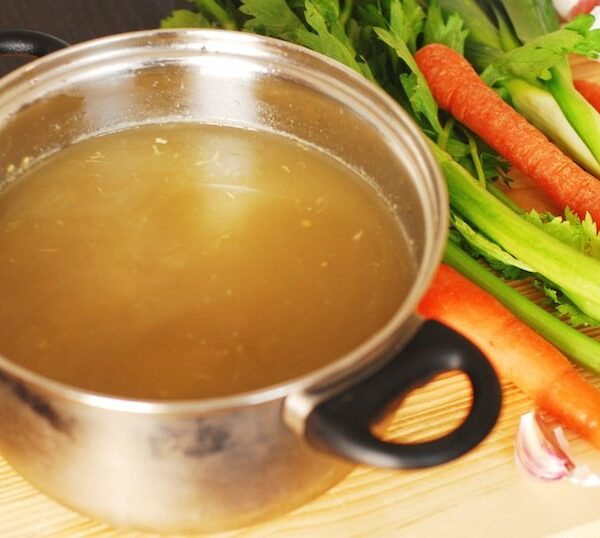 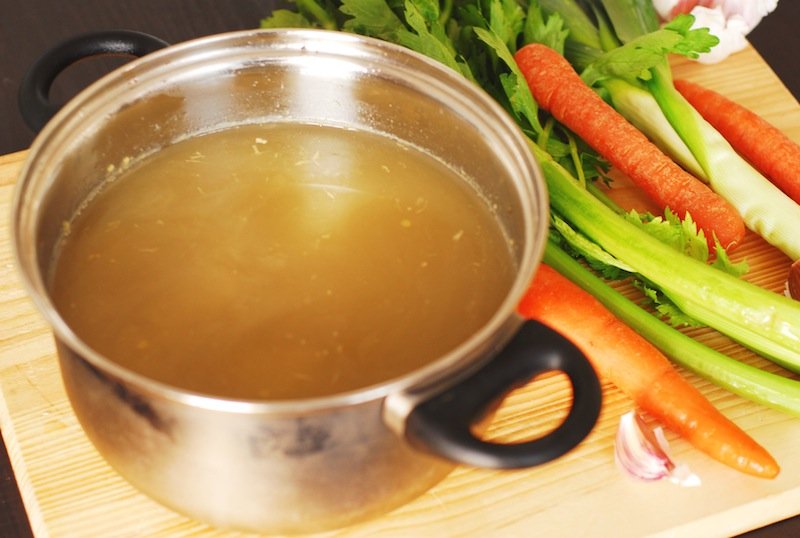 A few days ago I shared my favorite recipe for roasted chicken. I love roasting whole chickens, in part because they’re so delicious and very few things in life make me happier than crispy, buttery skin, but also because I can get so much out of a single chicken.

Since I usually only cook for the two of us, there are always leftovers. Once we’ve had our fill of the glorious, juicy meat, I get all the leftover chicken off the bones. The easiest way to do this is with clean hands, not to mention it’s a lot more fun than wrestling with a carving knife. Watching me attempt to carve a chicken is somewhat of a joke. I really want to take a butchering class!

The carcass and all the parts you wouldn’t want to eat (cartilage, less appetizing pieces of meat, loose bones, etc.) get thrown into a pot with plenty of water, carrots, celery, garlic, and all kinds of other goodies to simmer for at least three hours. You can also put it a crockpot to simmer for up to twelve hours! The longer the better.

Then you’re left with silky homemade chicken stock that isn’t packed with extra sodium or preservatives. I usually refrigerate it for a few hours until the fat rises to the top so I can skim it off, but this isn’t necessary. If you don’t have any plans to use the stock right away, just portion it into freezer safe bags and freeze lying flat. When I freeze it, I usually do in 1 1/2 cup portions. I’ve seen others do it in ice cube trays, which is also a good idea. 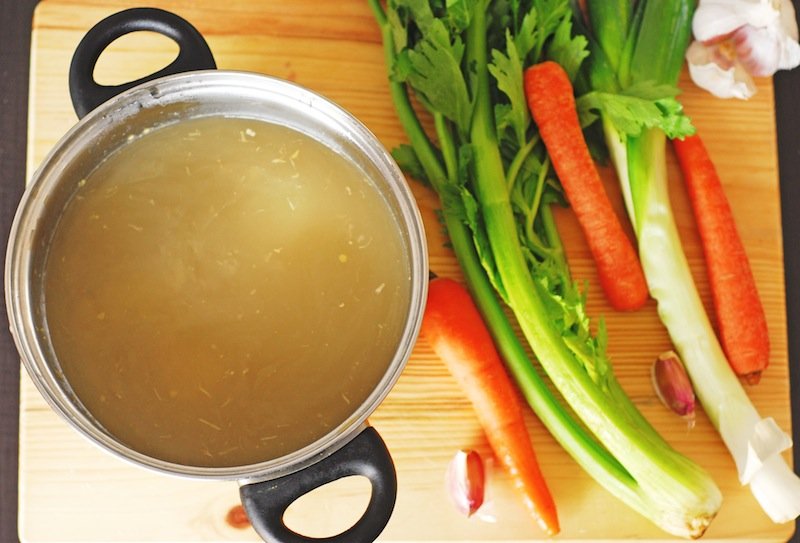 This stuff is liquid gold! Super easy to throw together after your delicious chicken dinner. And then to turn into homemade chicken noodle soup! 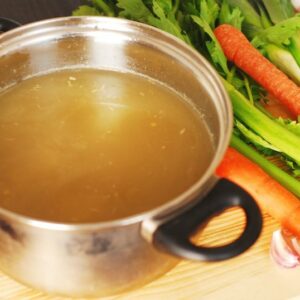