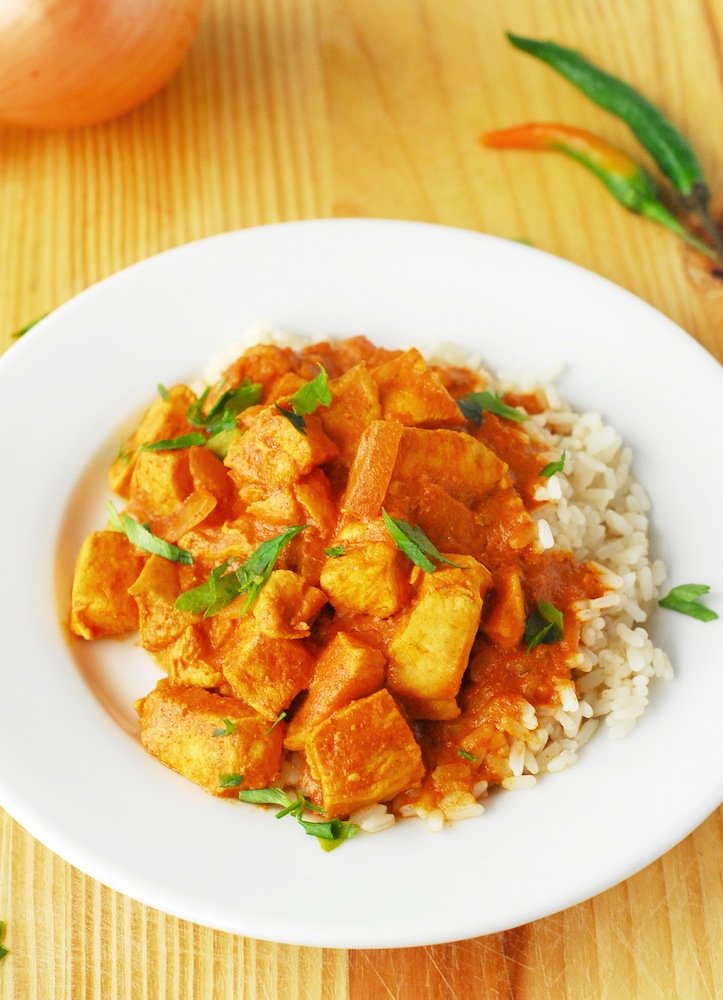 Pizza has got some serious competition for warm comfort food that I over eat, now that I’ve discovered the beauty of Indian food. Not that I hadn’t eaten it before, but I’d never cooked it myself before we came to South Africa.

Malaysian and Indian style cuisine is very popular here, including a creation straight out of Durban, South Africa called “bunny chow”, which is unbelievably tasty. And has nothing to do with rabbits. It’s a hollowed out loaf of bread or roll filled with curry. And I will be attempting it myself here, soon.

This recipe came about because I was making lots of curries, and Fiance kept asking why they weren’t orange like the tikka masala he’d get from Gandhi’s in Portland. So I took a crack at whipping up my own tikka masala.

It starts out with chicken. I’m using boneless, skinless chicken breasts cut up into smallish cubes. They get seasoned with a little curry powder, salt, and black pepper. 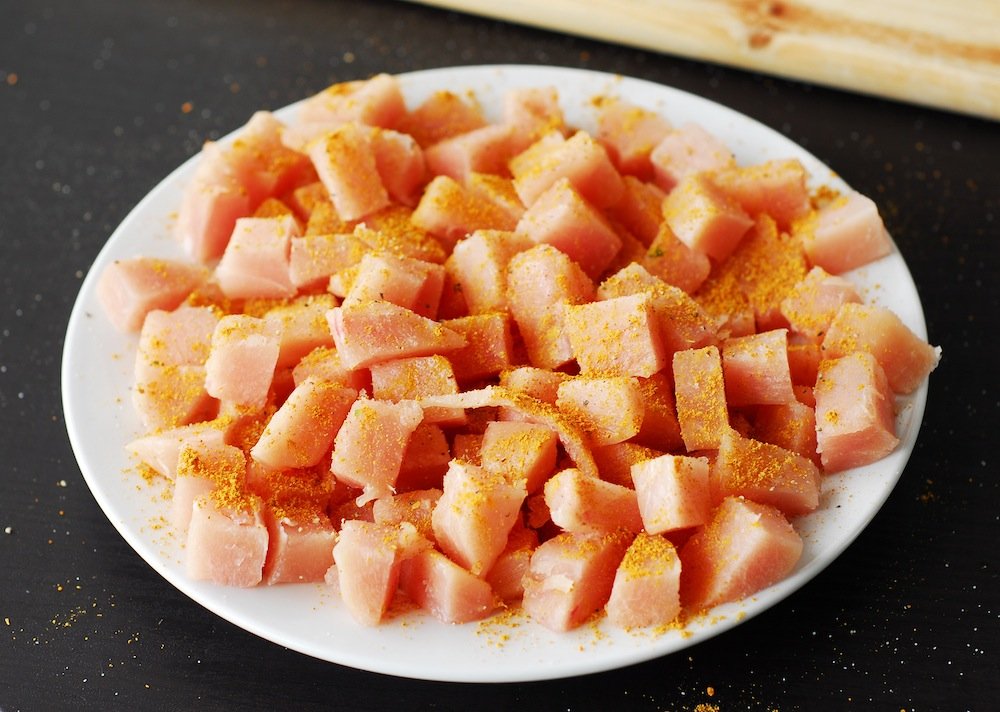 Then browned just a bit, enough to get the seasoning to stick on there. 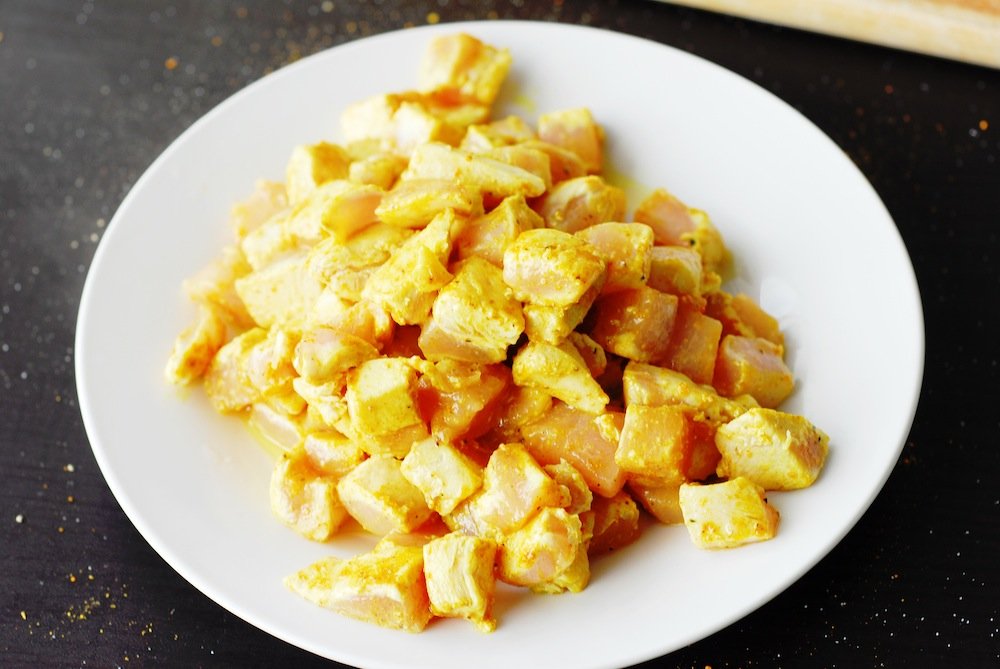 In the same pot that I browned the chicken in, I sautéed an onion, a green chili, and a little ginger in ghee (clarified butter). Straight up butter will work, too. 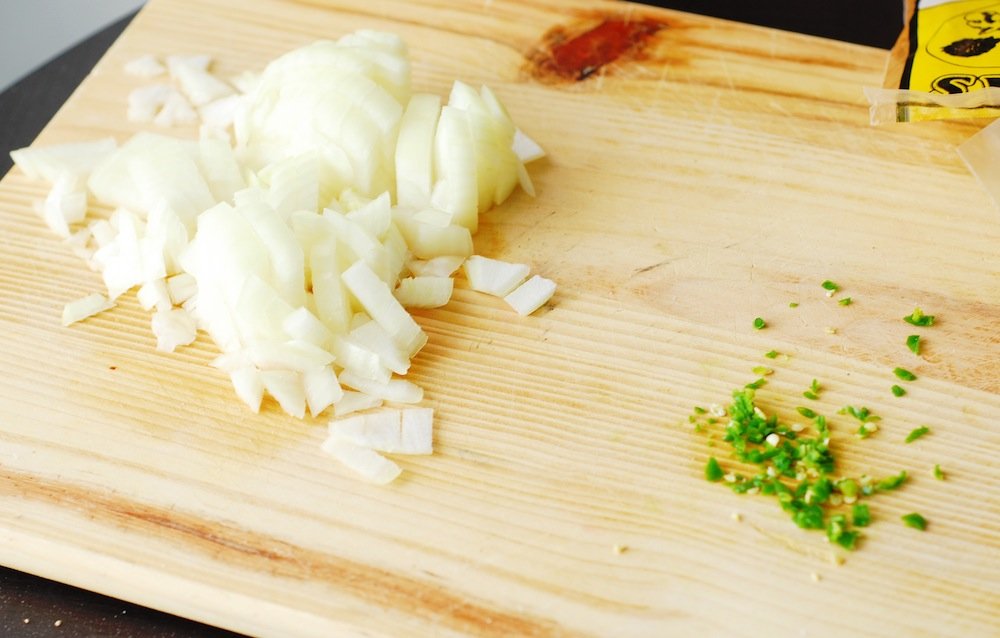 Once the veggies are nice and soft, plenty of masala gets added. Fiance and I went to a spice shop in the Bo-Kaap neighborhood this week where I stocked up on all kinds of goodies, including this leaf masala. 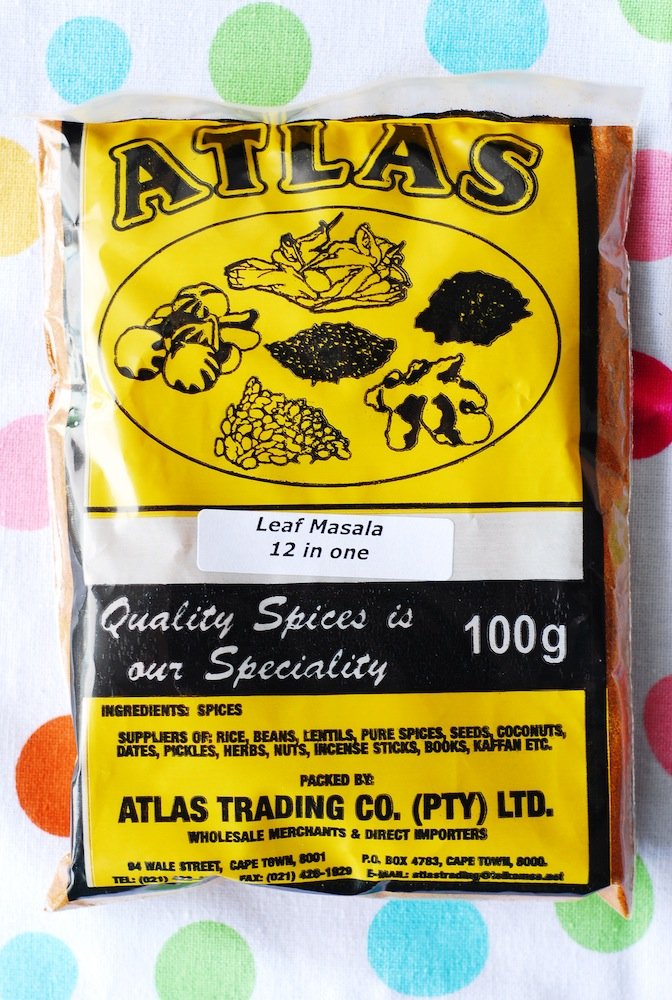 If you’re not lucky enough to have a super neat spice shop near you, you can still make your own masala using a mix of spices I’ll list in the recipe box.

The rest is not pictured because the area around my stove is way too dark. Which makes me sad inside. But the veggies and masala get simmered with tomato sauce for awhile until it’s thick and super fragrant. Then plenty of yogurt and some heavy cream for good measure, followed by the browned chicken. The whole thing simmers for 25-30 minutes, until the chicken is cooked through and tender.

We have ours with coriander rice and naan if I have the foresight. 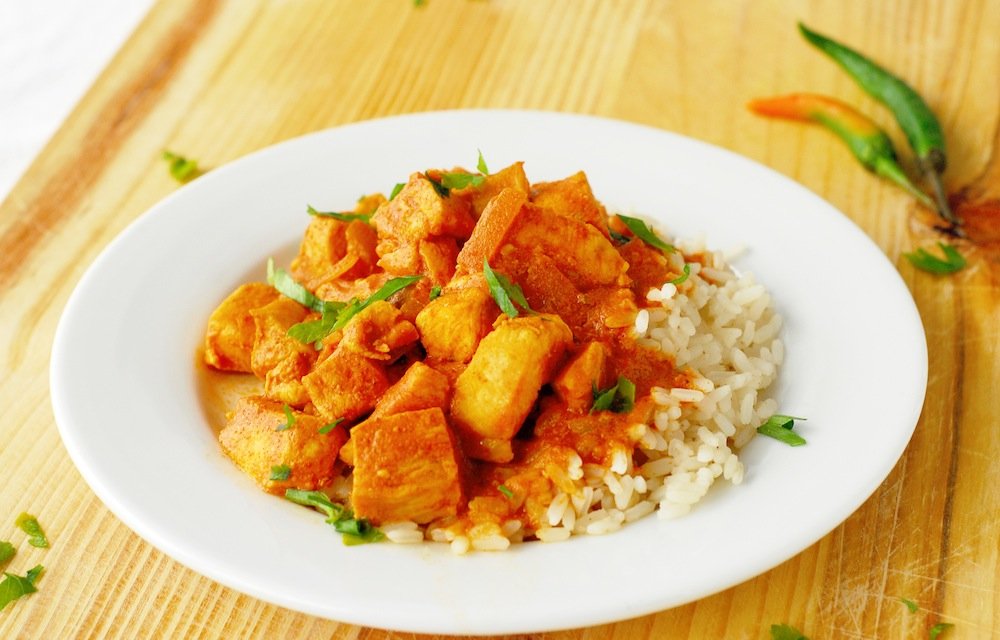 I also really like to toss frozen veggies in when I add the chicken. They absorb so much of the flavor and cook perfectly in the sauce!

This makes really excellent leftovers and I’m definitely going to try slow-cooking it when I’m reunited with my crockpot! 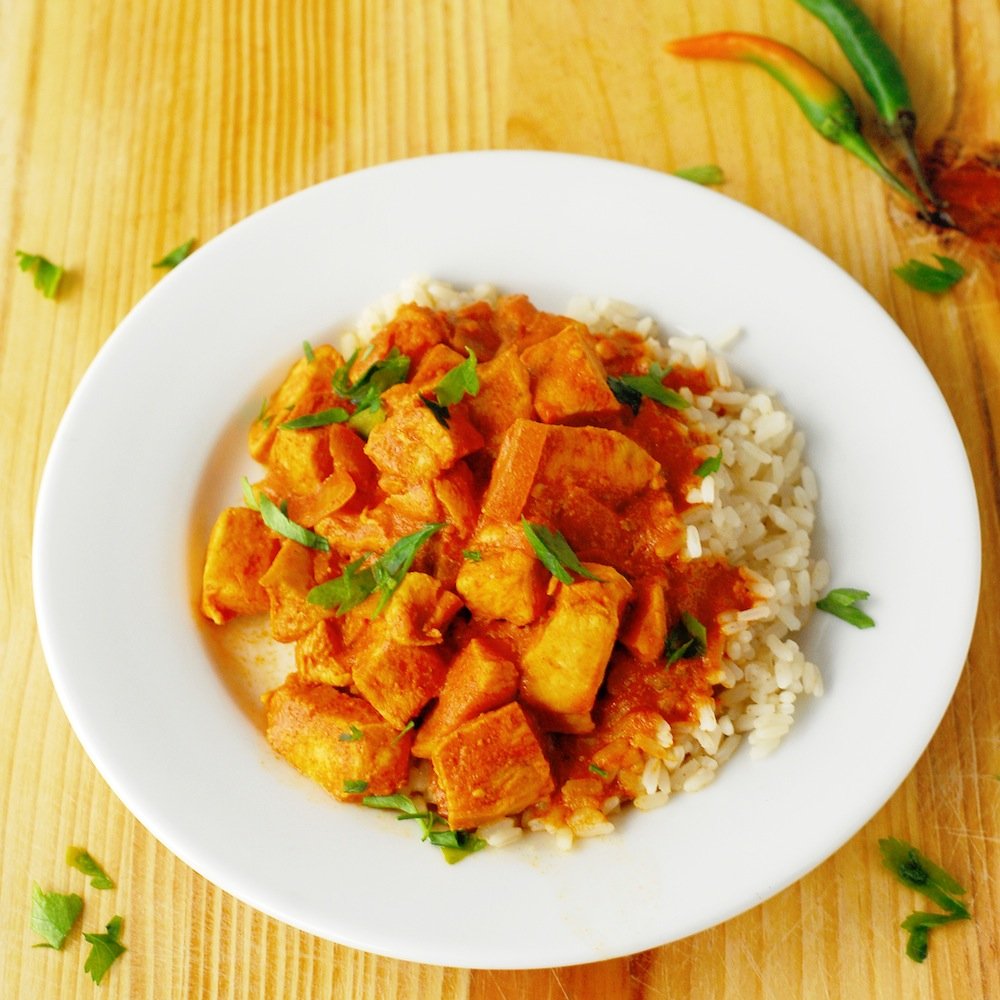 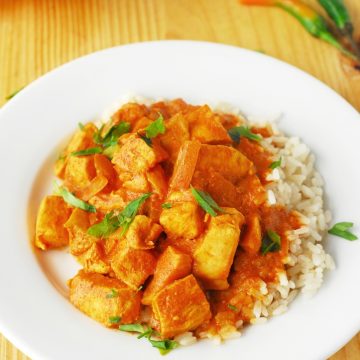 If you don’t have masala, use the following spices: