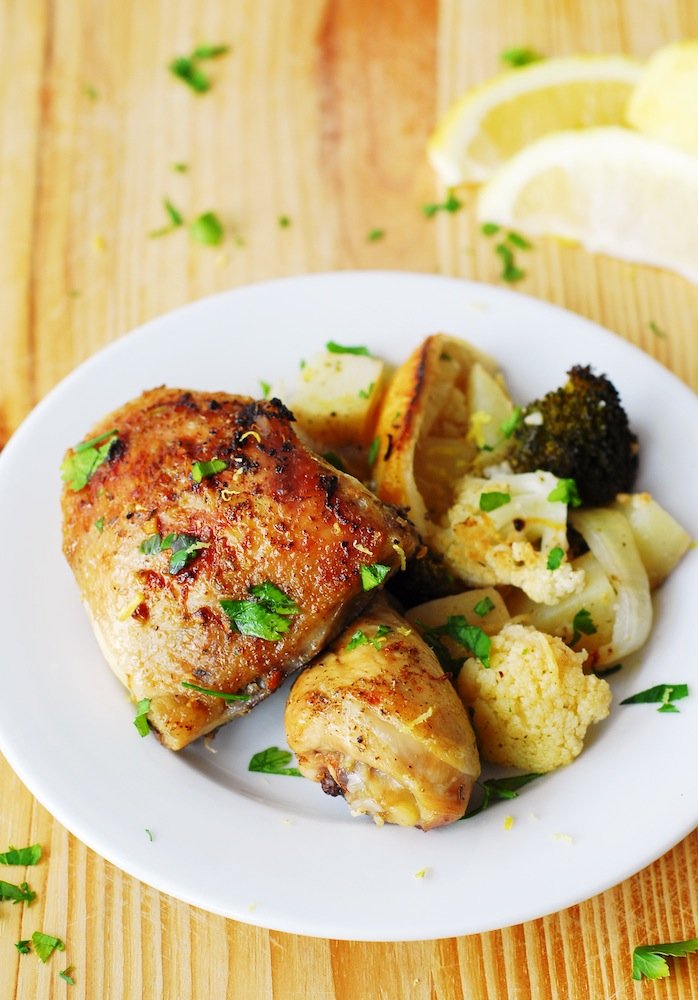 This chicken is stupid easy. Like, really, really easy. I’m just considering it a part of the “back to basics” theme I’ve been running (see: Easy Crusty Bread and Simple Breakfast Hash). That’ll be changing soon: I’ve got some seriously tasty Indian and Ethiopian recipes up my sleeve.

This dish is great for a weeknight meal: you can prep the whole thing the night before or that morning and then throw it in the oven when you get home. It also makes a great meal for friends who are moving/having a baby/just had surgery/don’t want to cook/etc. because it reheats so well.

It starts with one of my favorite things: potatoes. Cut them into smallish bite size pieces. You want them small to make sure they get nice and soft- no one likes a crunchy potato. Unless it’s a french fry. Everyone likes that. 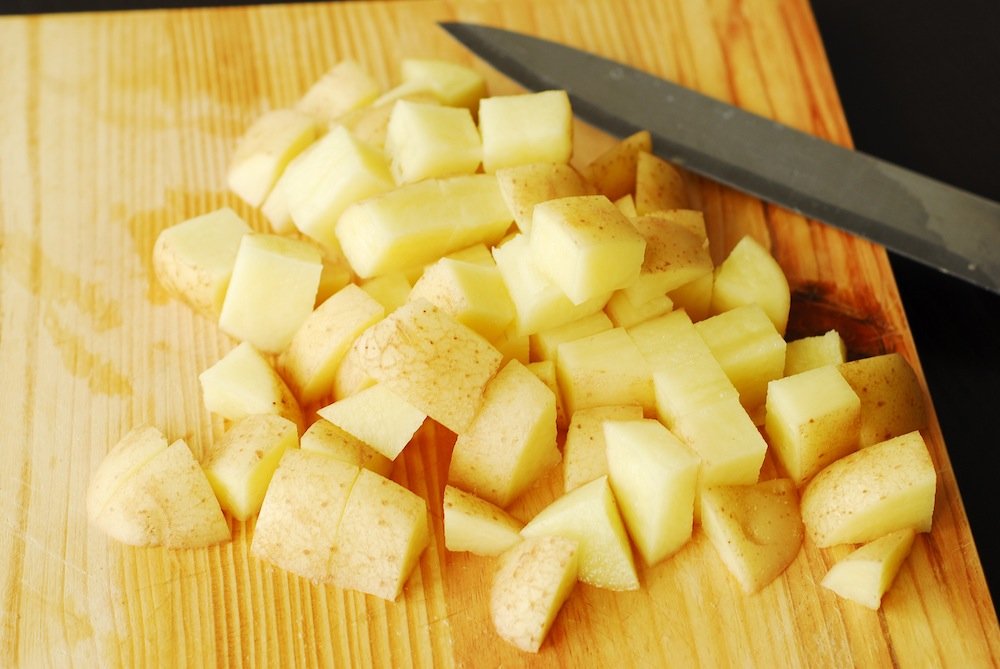 Throw the potatoes in a baking dish with a roughly chopped onion, broccoli, and cauliflower. Carrots and/or brussels sprouts would be a great addition to this. Somehow the veggies magically don’t get overly soft and disgusting, so don’t worry about that. Drizzle a little olive oil over the veggies, then toss with minced garlic, salt, pepper, lemon pepper, and Italian seasoning. Be liberal with the seasoning. I mean it. 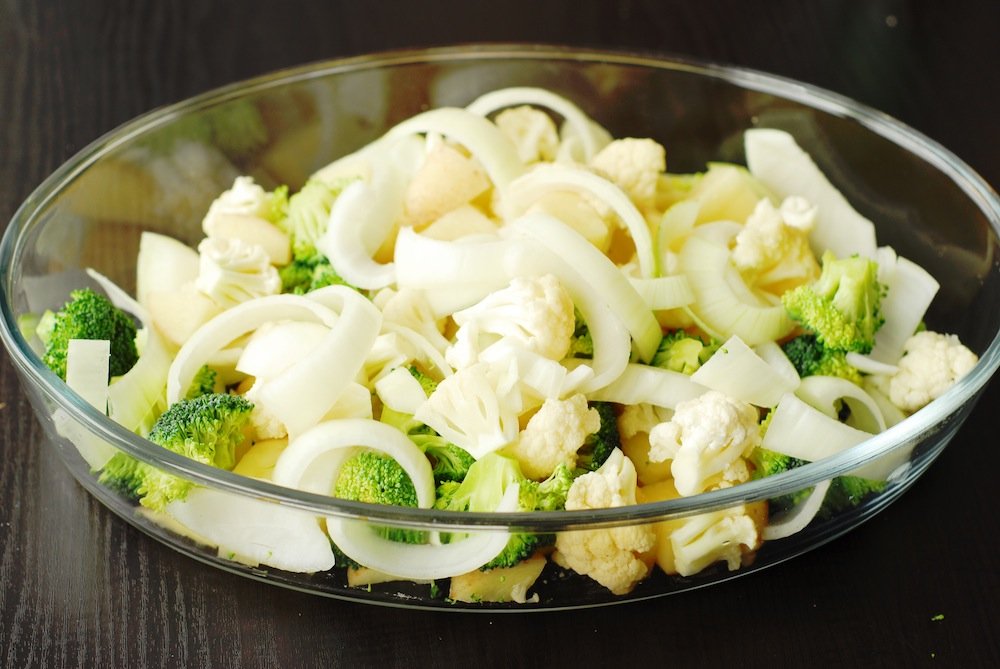 You’re gonna need a lemon. And you’re going to use every last bit of that lemon, because we want lots of bright lemony goodness to shine through. First, zest the whole thing then cut it into eight wedges. 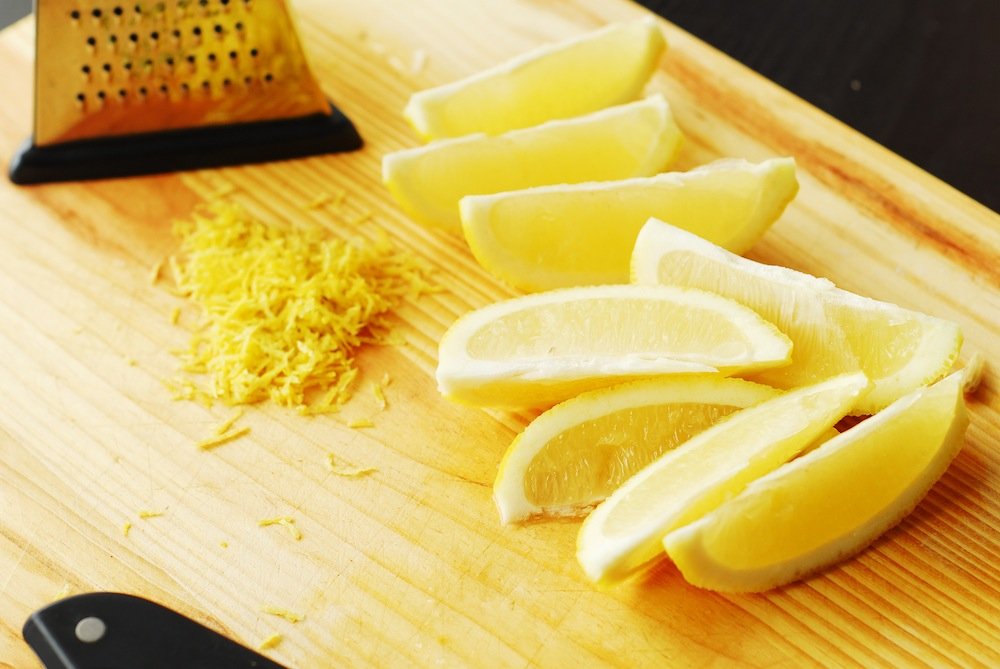 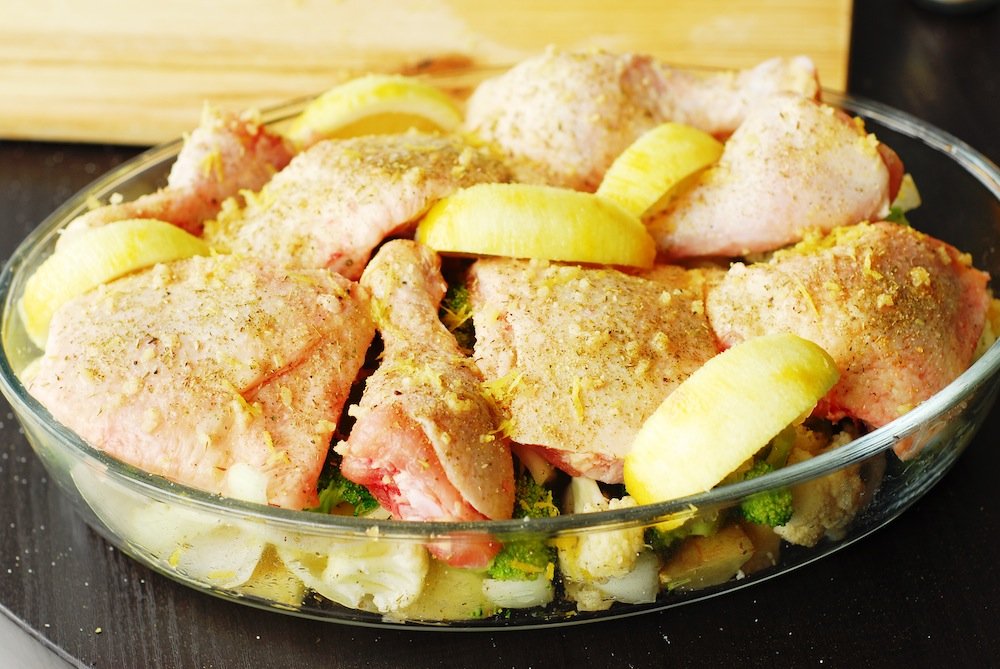 Throw the whole thing in the oven, and about an hour later, you’ll lemony chicken heaven. Squeeze the remaining lemon slices over the whole thing and finish it off with what’s left of the zest. 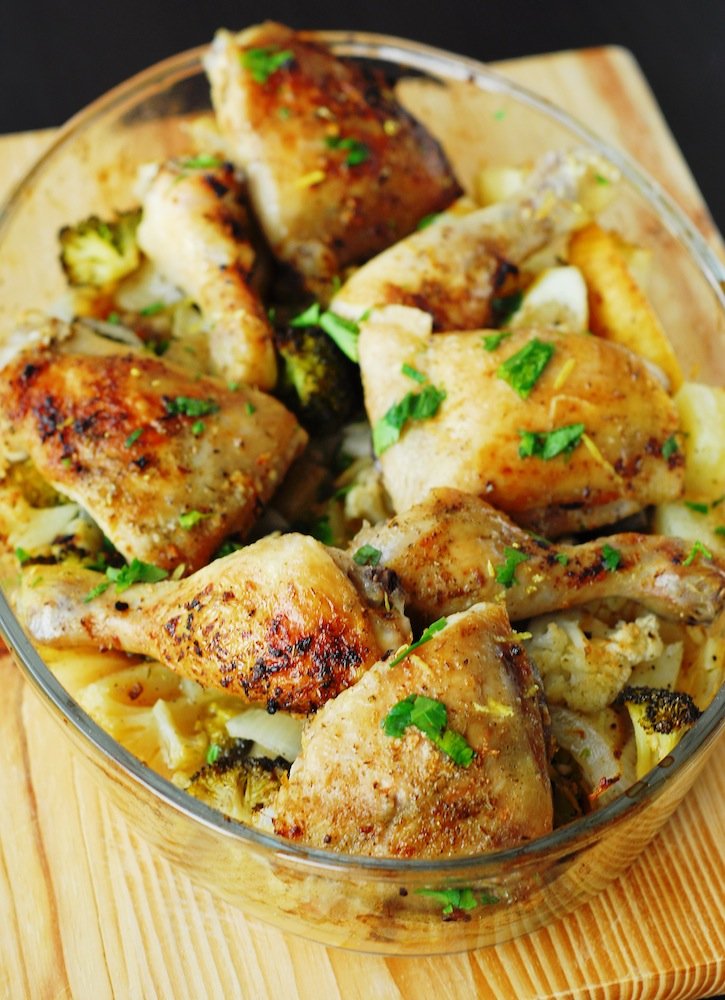 Beautiful, golden chicken skin is one of my favorite things. 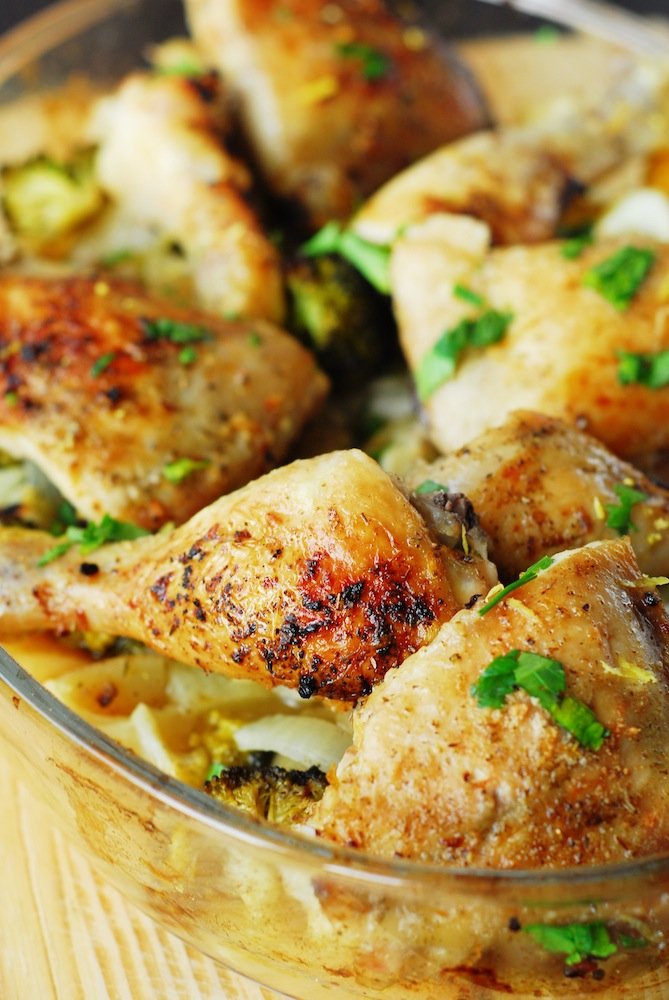 And the veggies get flavored so wonderfully by the chicken fat and juices! 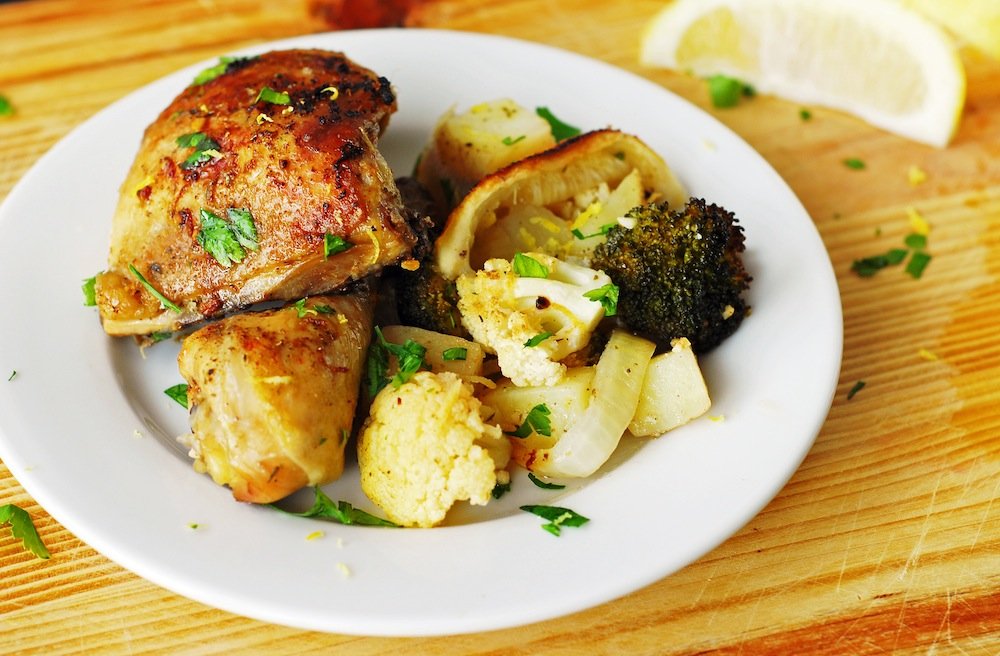 This is filling and relatively healthy, and everyone will think you put a lot more effort into it than the little bit of chopping you actually did. 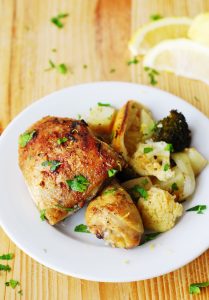