posted by Chelsea Cole on August 17, 2014
This post may contain affiliate links. 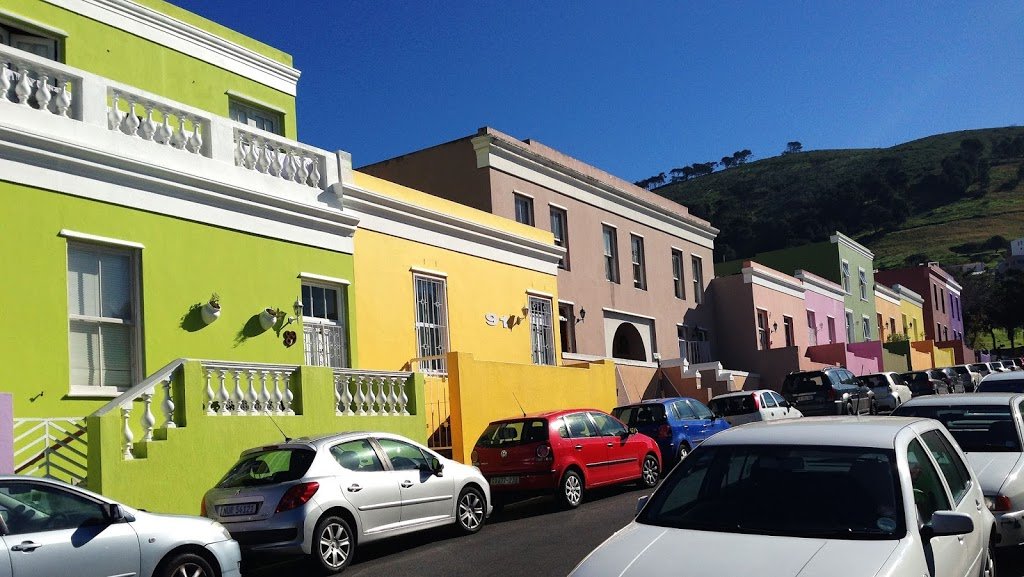 Bo-Kaap was one of the first things I discovered when Googling about Cape Town when Fiance and I were talking about moving here. And it definitely helped win me over.

Bo-Kaap is also known as the Cape Malay Quarter. The Cape Malay people are descendent of slaves from Southeast Asia brought over by the Dutch during the 16th and 17th centuries. Although the neighborhood was originally built to house low-income families, properties in the area are now sought after. It’s well known for it’s brightly colored houses and beautiful architecture. 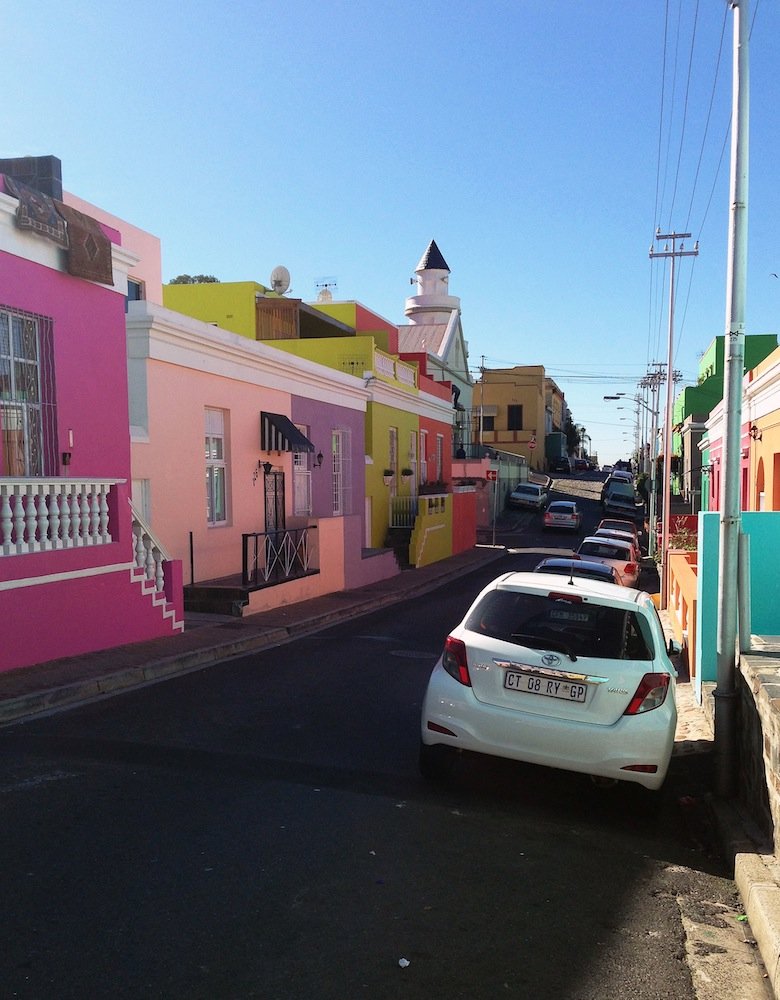 This excursion was for more than just goggling at the pretty houses, though. I had read about a spice shop in the neighborhood called Atlas Trading Company and really wanted to pick up some of the good stuff for the Chicken Tikka Masala recipe I was writing.

The shop was fairly small but packed with tons of spices. The place smelled amazing! 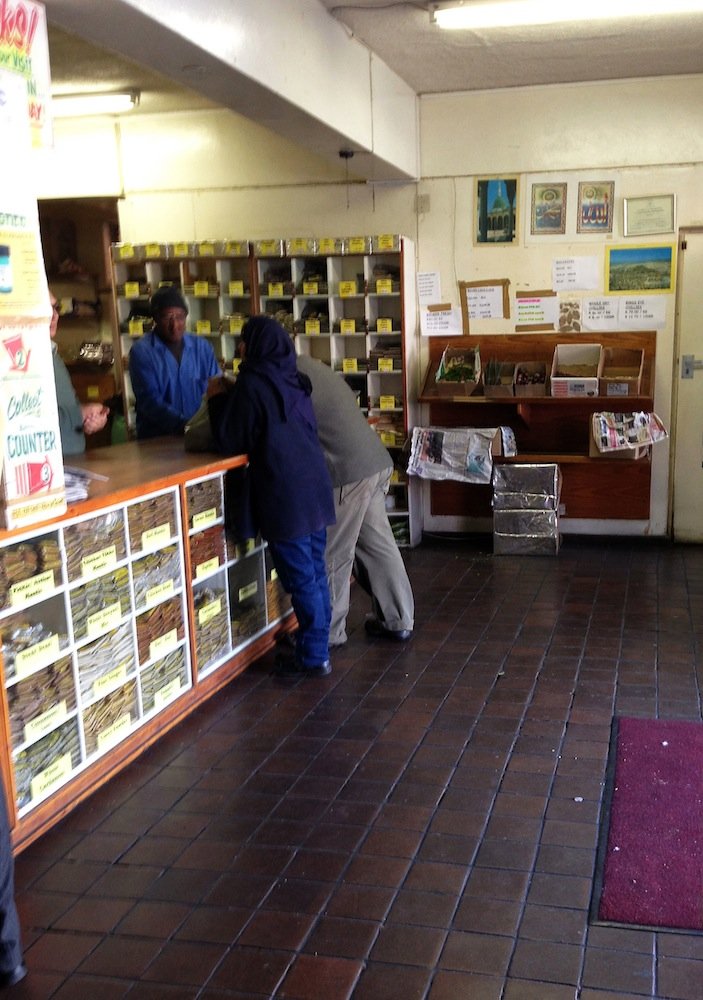 They had their own pre-packaged spices and spice blends on shelves. 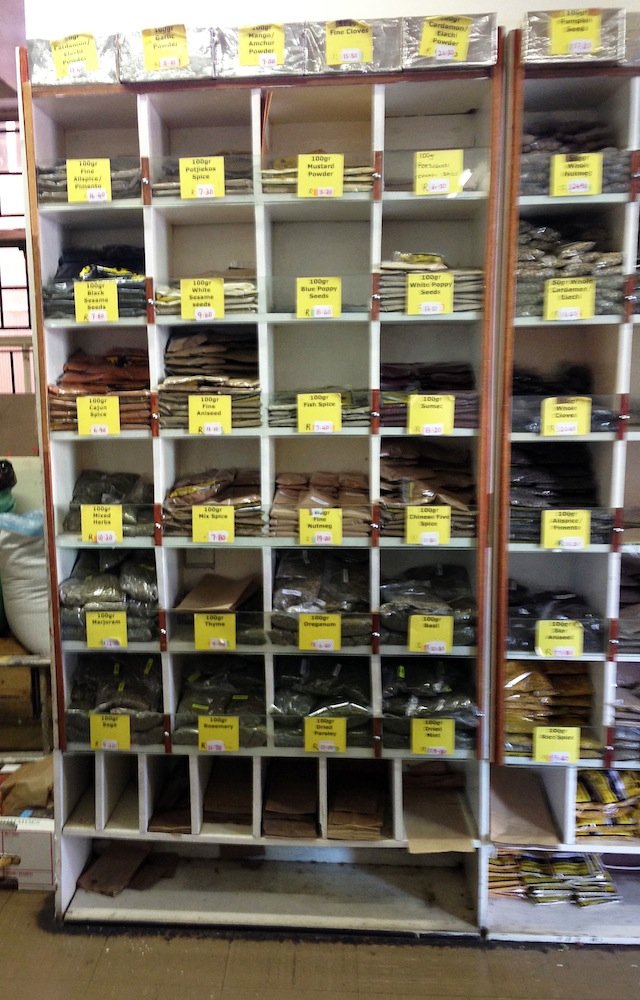 They also had huge bins of bulk spices. Fiance had to remind me that I didn’t need a one pound bag full of smoked paprika. 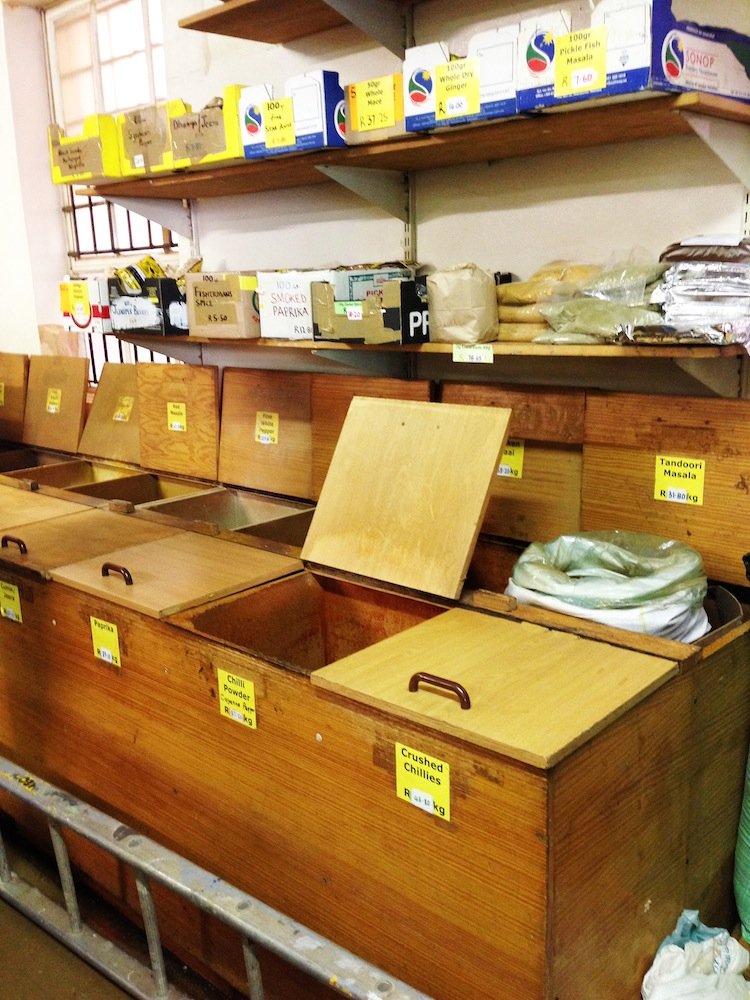 I would have gone home with all the varieties of masala without a little guidance, so I asked for a little help. I saw that there was a “Mother-in-law Masala” and a “Father-in-law Masala” and asked what the difference was. The man responded: “Mother-in-law is much spicier” with a smile and a wink. Although this alone made me want to get those varieties, he told me their Leaf Masala was the most popular so I went with that, and it was incredible.

Our short trip to Bo-Kaap was really fun! We’re definitely going back to try the food at Biesmiellah and to explore the museum.