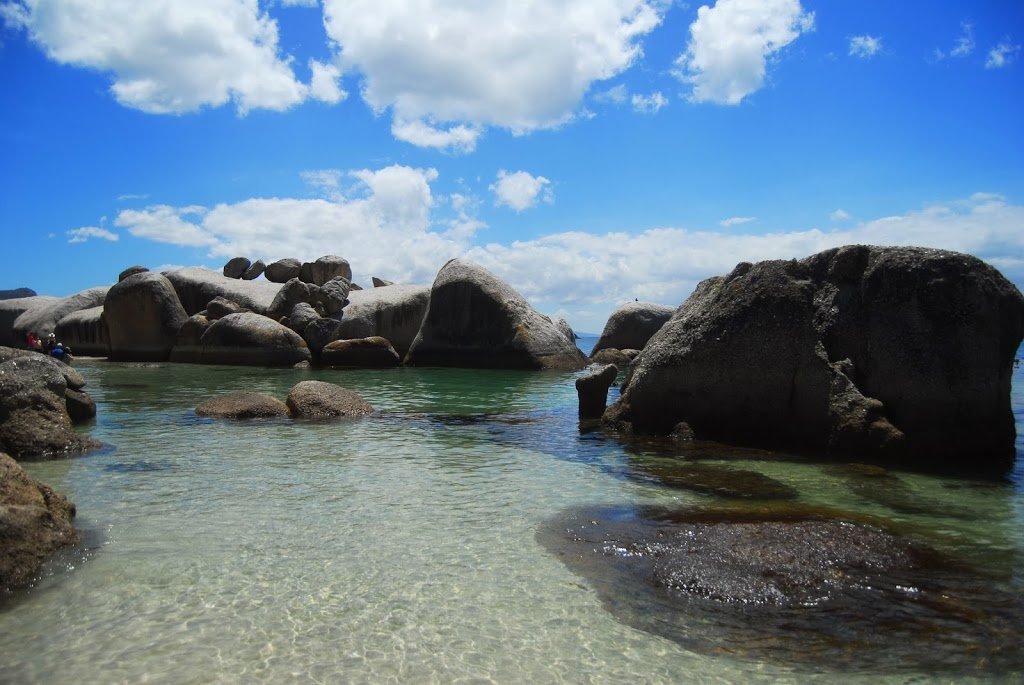 This post is the adventure post many of our friends and family have been waiting for. Can you think of anything better than hanging out with PENGUINS on a gorgeous, warm beach? That is exactly what Fiancé and I got to spend a Saturday doing. 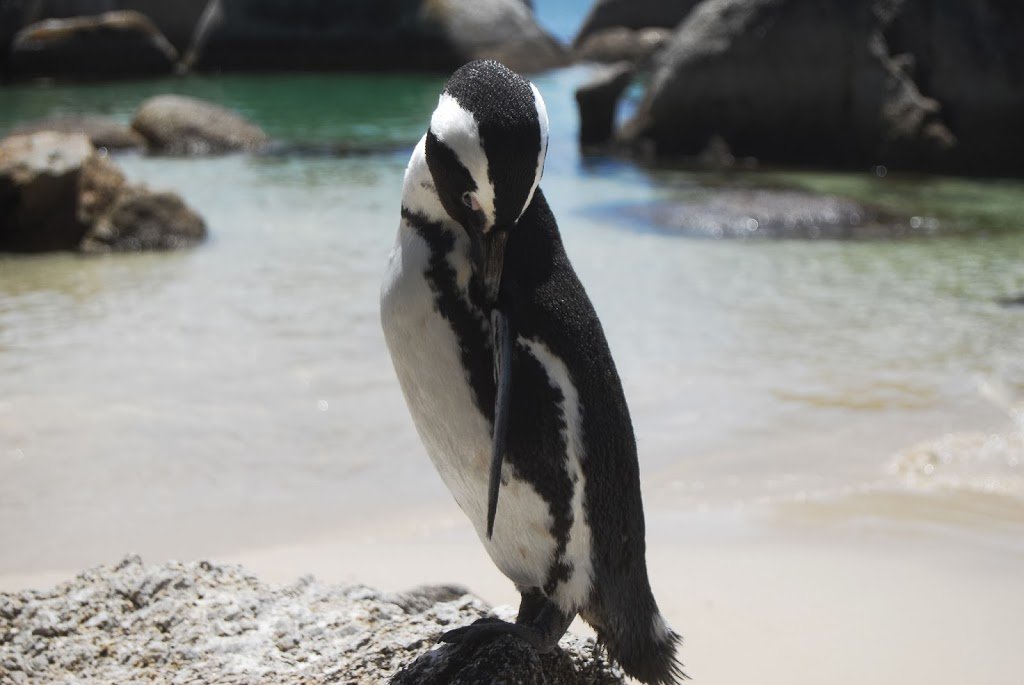 Based on pictures we’d seen and travel shows we’d watched, the beach is not what I was expecting. It’s called Boulders Beach, so I probably should have known better. There wasn’t a lot of coast line, but the beach and far out into the water were covered in gigantic boulders that were quite fun for climbing. 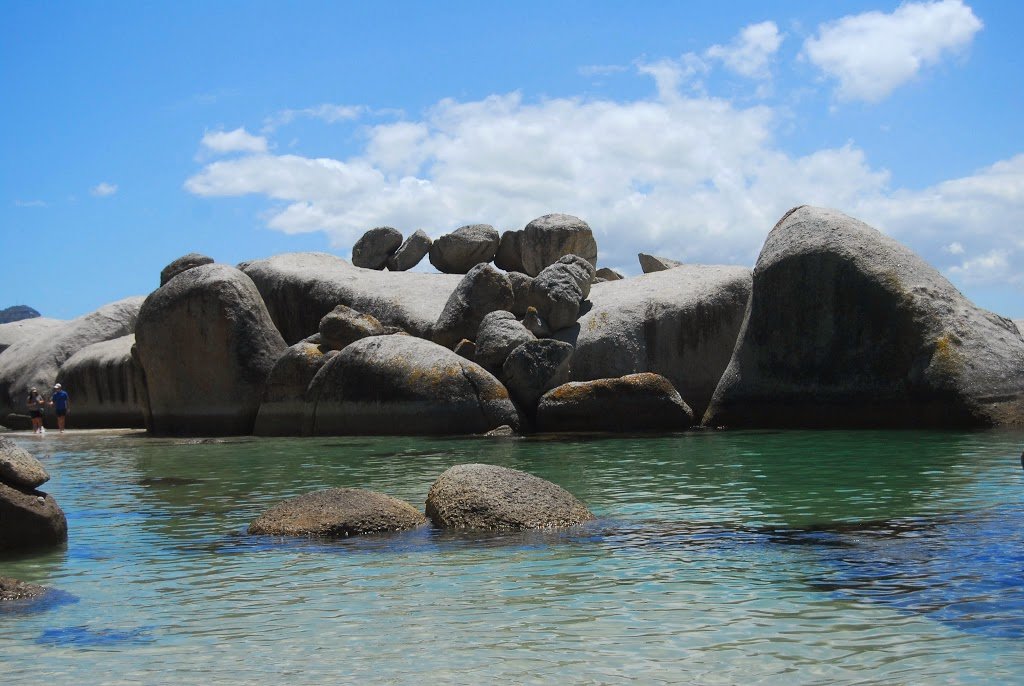 Beyond the excitement of the penguins, the beach itself was one of the most beautiful I’ve ever seen. The sand was fine and white, the water was clear, shallow and had a gorgeous color, and there were these pretty, incredibly detailed, turquoise little shells scattered everywhere.

Then of course, there were penguins that were totally unphased by the noise of splashing kiddos and tourists snapping away on their cameras. 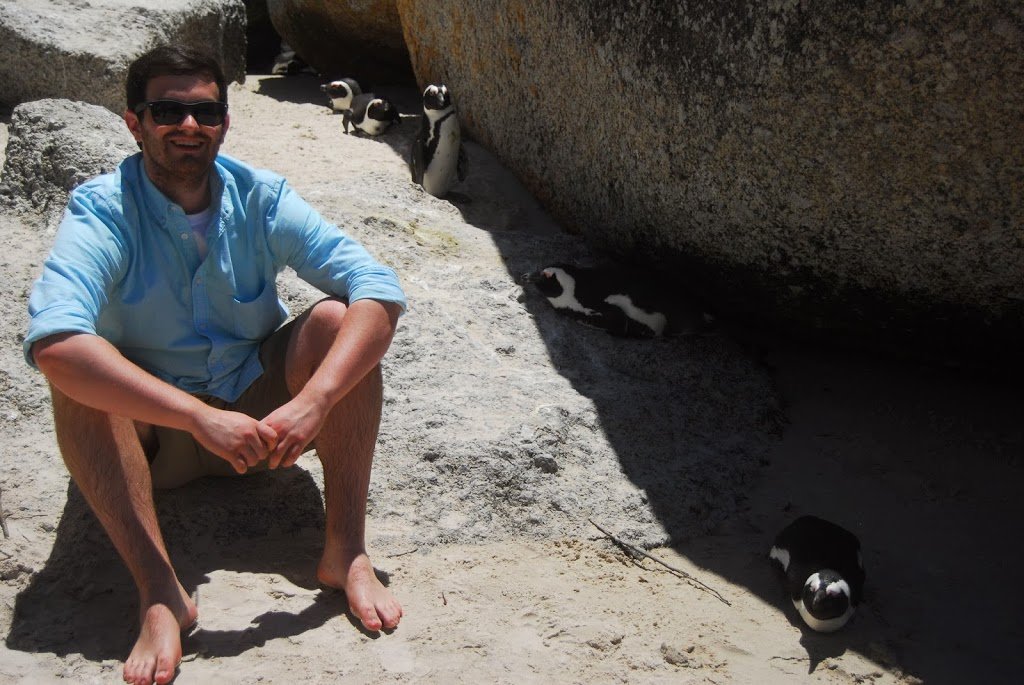 We immediately wished we would have known how great the beach was for swimming and laying out because we came fully dressed. That didn’t stop us from making our way down the beach by climbing and crawling through boulders and wading through water, though. 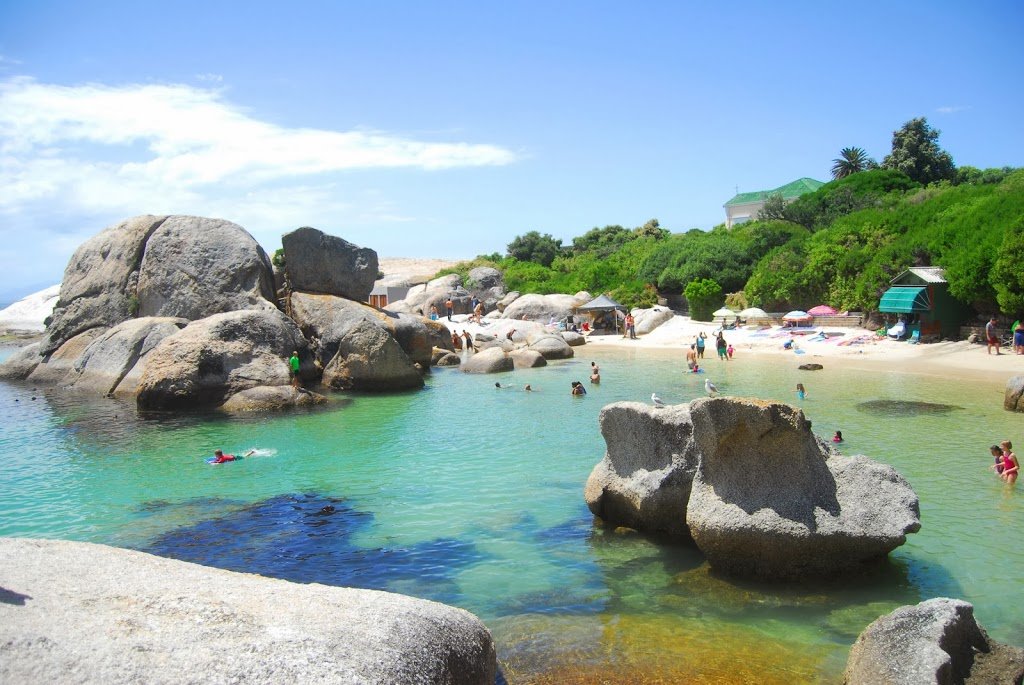 Did I mention that there were penguins? And it was 75 degrees out? 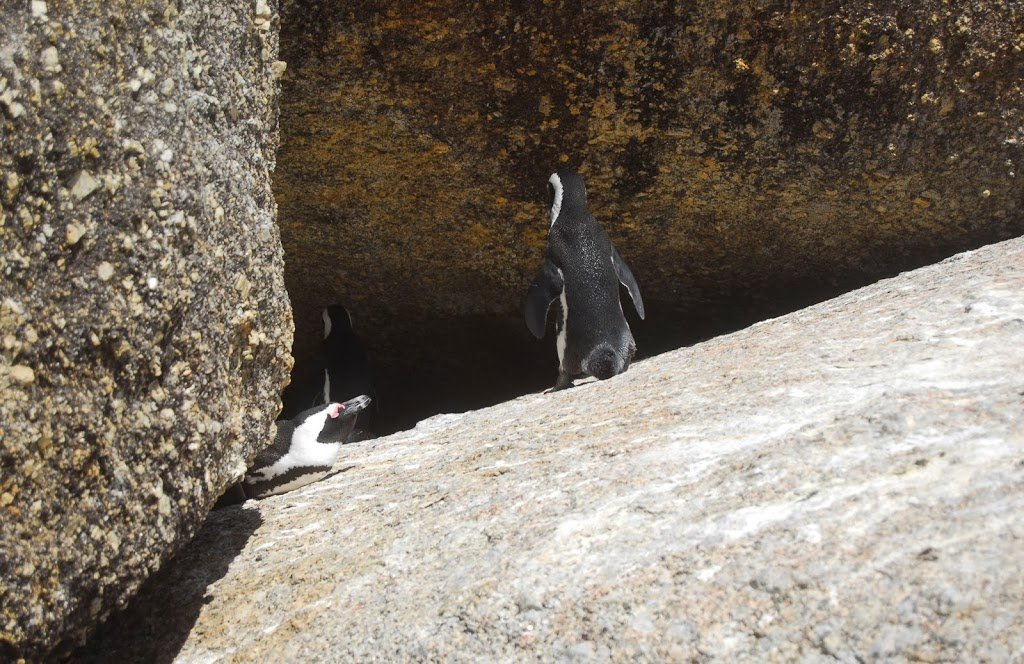 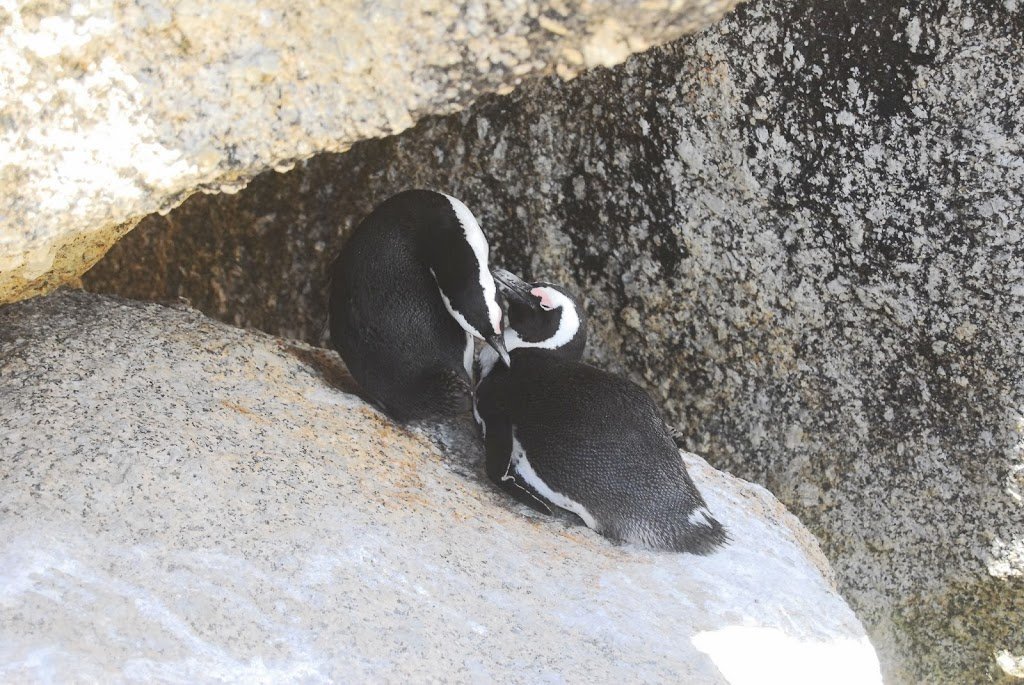 We also saw a few of these fuzzy little creatures, but still don’t know what they are. Someone who spoke English with a very strong Afrikaans accent told us the name but we couldn’t understand it, and they said it’s closest relative is the elephant. I’ll have to do some Googling. 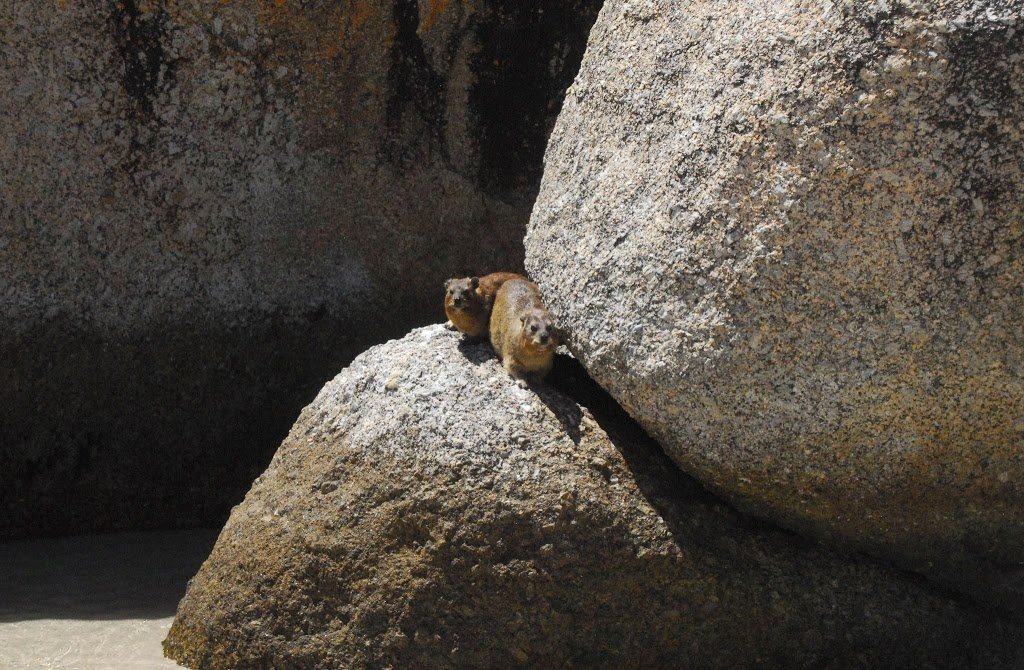 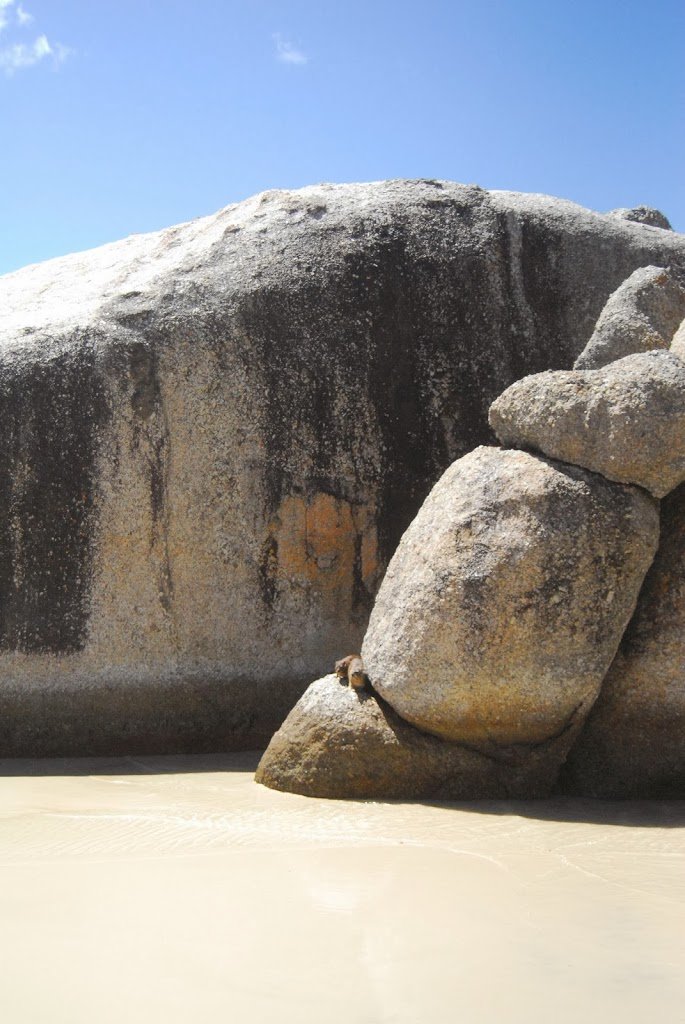 We plan on going back to this beach many, many times while we’re here!