You are here: Home / South Africa / Cape of Good Hope 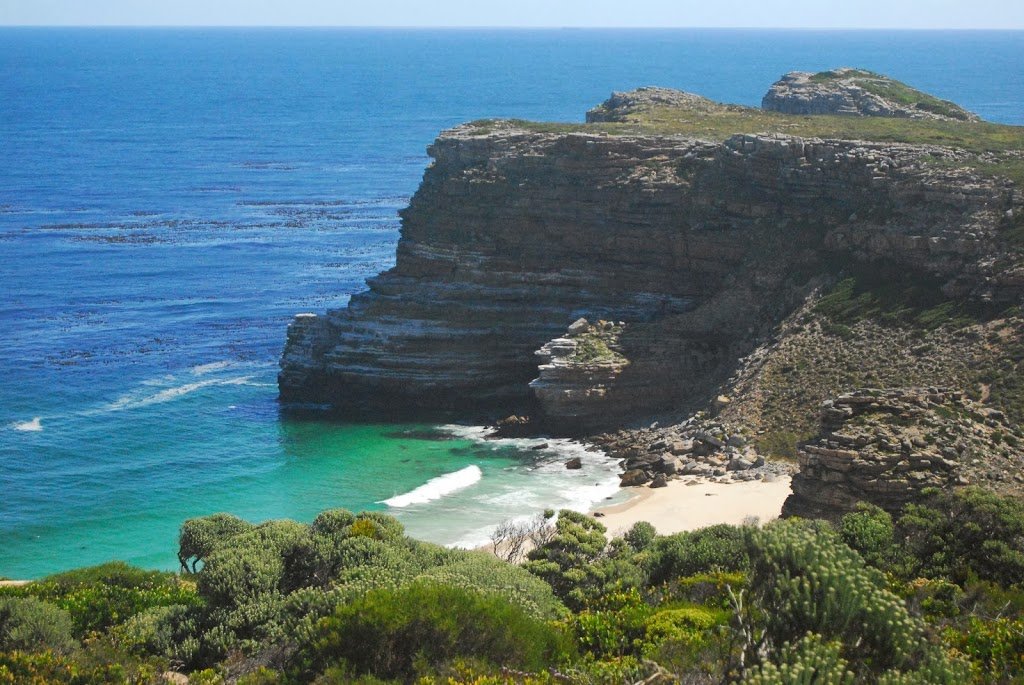 After our penguin adventure, Fiancé and I moseyed further on down the cape and into Table Mountain National Park. We were greeted by warning sign upon warning sign about baboons. They’re dangerous, don’t feed them. I’ve thoroughly got that into my head now. I don’t think I would have wanted to get all that close to a baboon anyways – that sounds terrifying.

After spending the first half of the day playing with penguins and climbing boulders, my top priority, of course, was lunch. At the very tip of the cape is a gorgeous seafood restaurant called Two Oceans that overlooks False Bay. We sat out on the patio and got to enjoy the view of the bay, the sunshine, and the breeze. It was absolutely lovely.

We each tried a new fish. I had hake (pronounced “hay-ck”) with salsa verde and lemony potatoes. 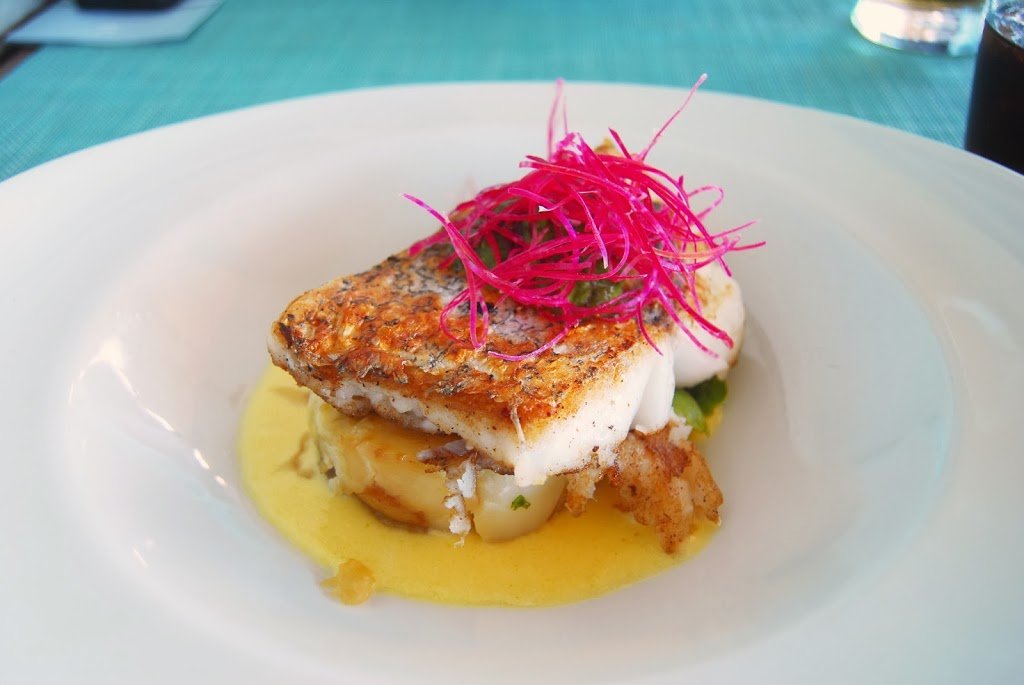 Fiancé had line fish with mussel potatoes. Both were awesome.

Once I was sufficiently full and happy, we started the trek out and up to the very tip of the cape. After several more warnings not to feed any baboons, we were on our way. 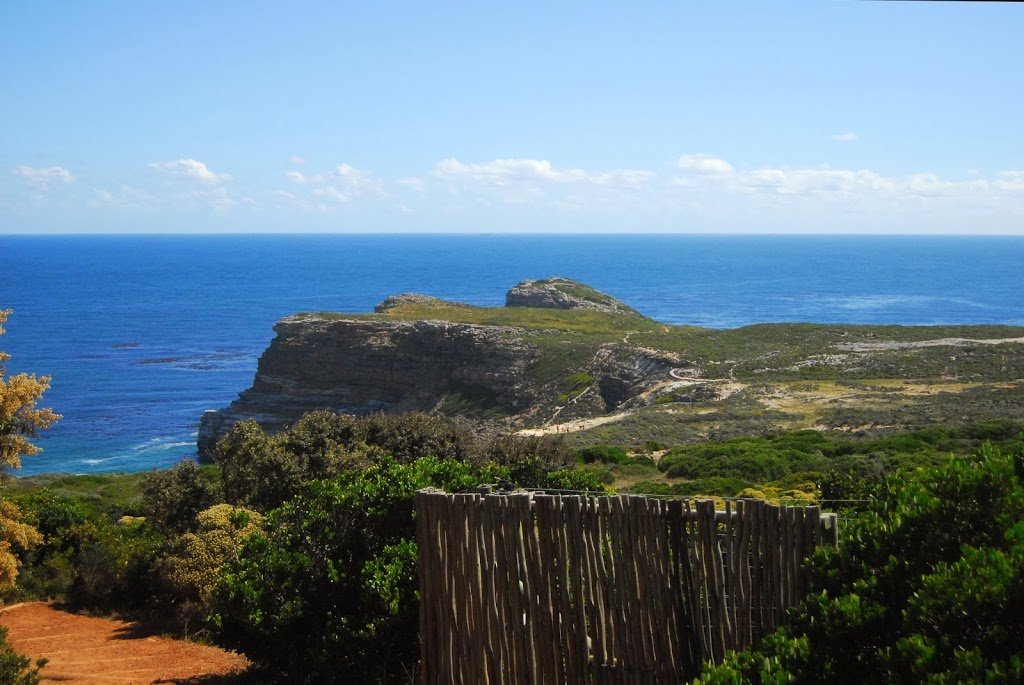 I don’t think I’ve ever experienced something as awe-inspiring as being up there and looking over the southwestern most point of Africa. 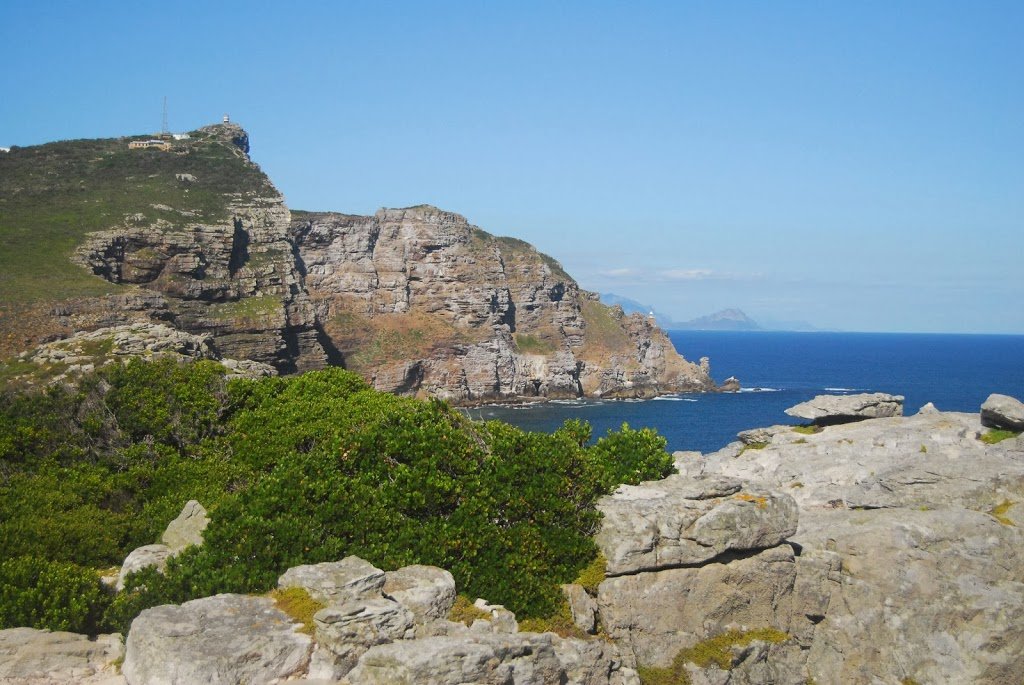 For European sailors, passing the Cape of Good Hope was an important marker on the difficult journey to Asia as it marks the point at which a ship begins to move more east than south. 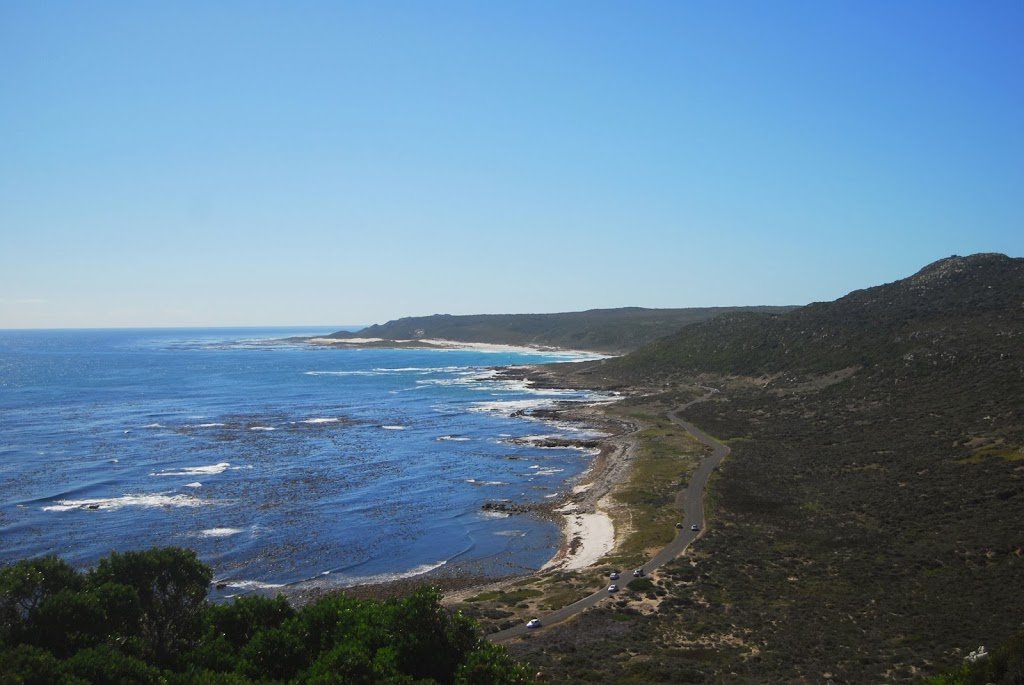 Thank goodness we didn’t run into any baboons, but there were little, tiny lizards all over the place. 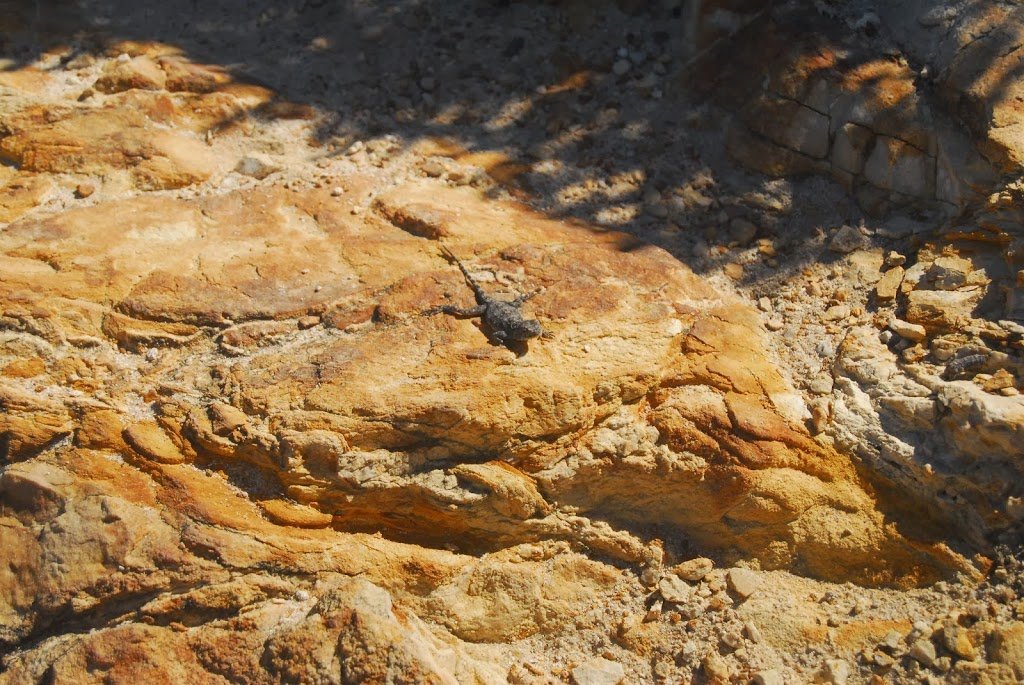 After climbing to the top, we made our way down to the famous Cape of Good Hope sign and got our picture taken. 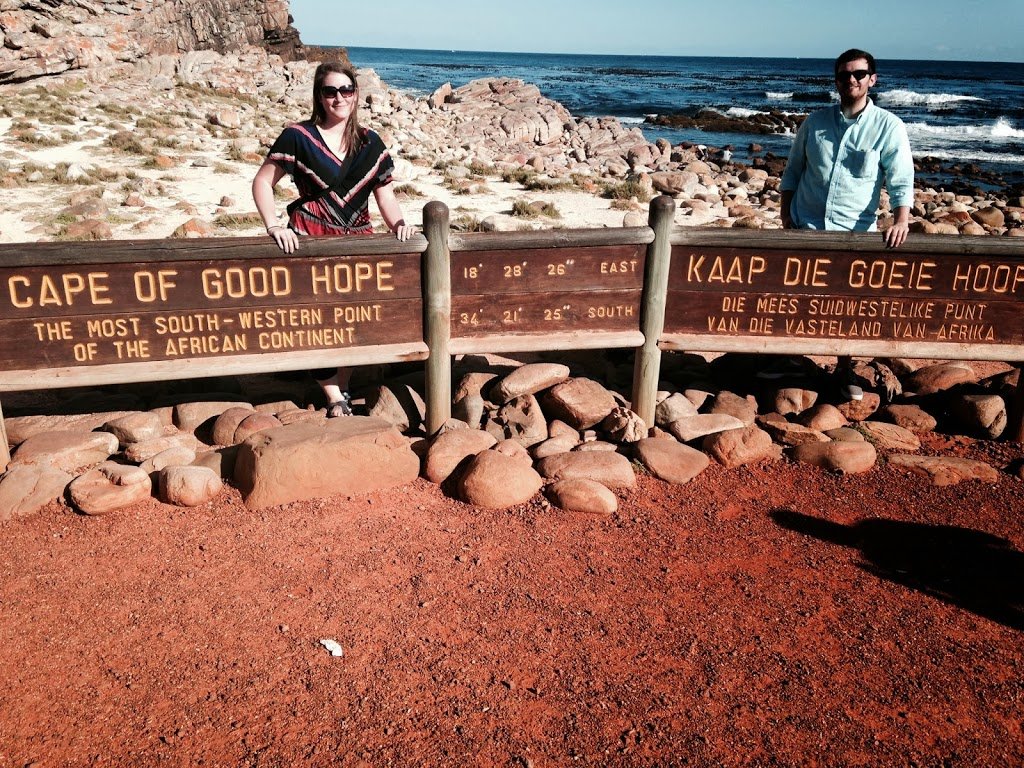 I was hoping that on our drive back through Table Mountain National Park we’d see a baboon from the safety of our car, but no such luck. I’ll snap a photo as soon as I see one!