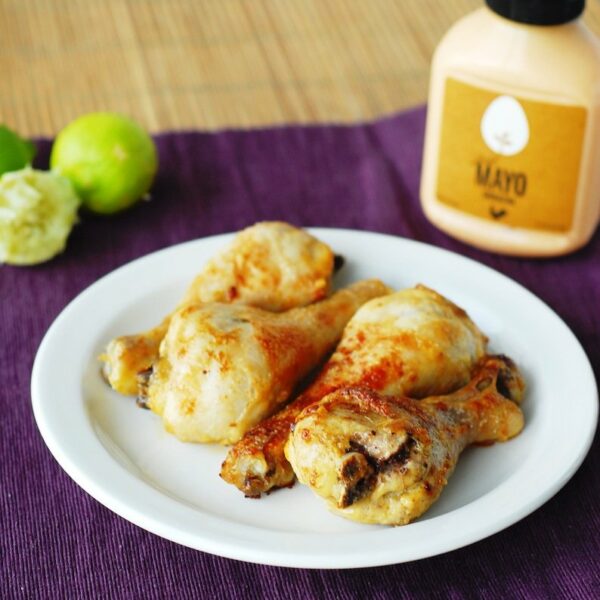 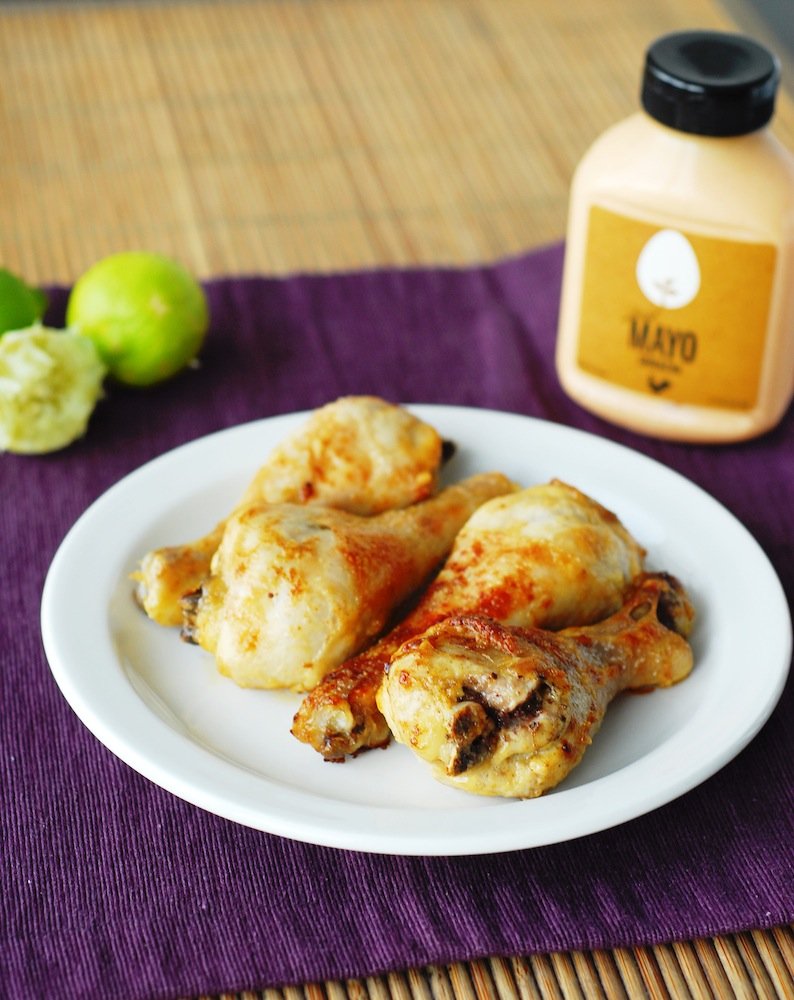 Hampton Creek provided the mayonnaise for this recipe, but all opinions expressed are my own.

So there’s this phone on the wall in our flat. It’s not an ordinary phone. It’s only function is for our complex’s security guards to communicate with us if they need to. This usually only happens when we order Chinese food and need to meet the driver in the lobby. So ya know, four or five times a week. JUST KIDDING, I am a real food blogger. Overall, it’s a pretty handy tool. Except that when it rings it sounds like a semi-truck is backing into our flat and gives Fiance a heart attack every single time. Turn down the ringer, you say! Except that none of the buttons on the phone are labeled and I’ve tried enough times to rule that out as a possibility.

This week was super eventful because we got three deliveries three days in a row! Even though that stupid phone left my ears ringing and I had to put real pants on (meaning not paint-covered sweatpants) to go get each one, it made me feel super special to get so many presents. Saturday was my birthday and very generous family members sent me gorgeous flower arrangements, which were two of those three deliveries. The third was this super exciting package from Hampton Creek, which I’m also calling a birthday present even though they would have no way of knowing because it was so much fun. 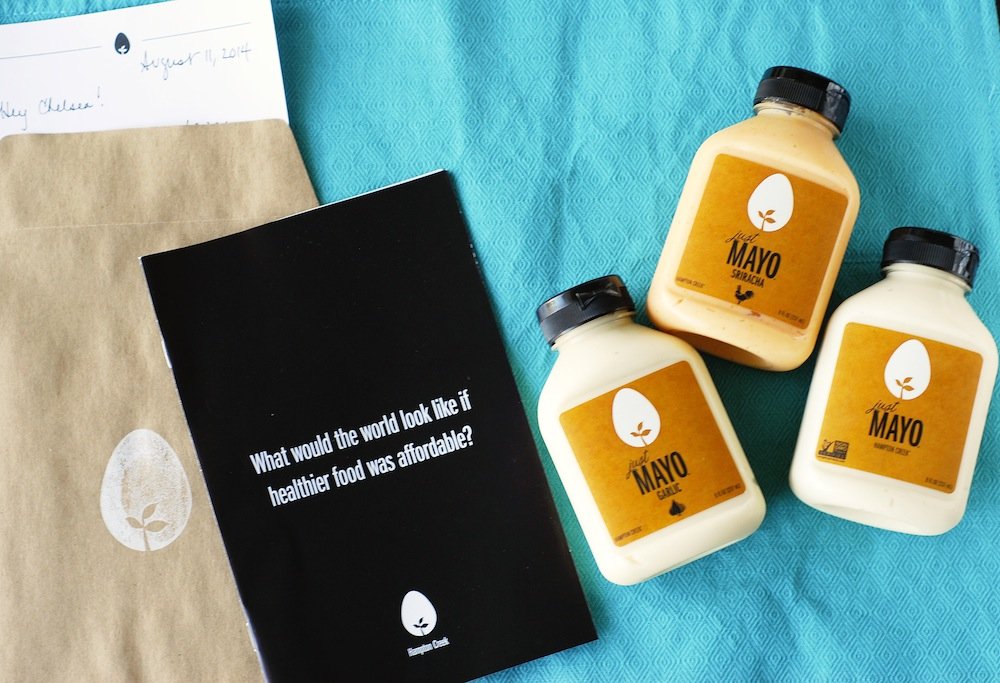 I have a thing for mayonnaise. Not your run of the mill, super cheap, grocery store mayo, though. I either like to make my own with some good quality olive oil or get the fancy stuff. And then add all kinds of crazy things to it because I’m obsessed with food and can’t leave good enough alone. One of the greatest condiments of all time is mayo blended with those canned chipotle peppers and a little of the sauce they come in. Make a fry sauce with that and some ketchup and your french fries will never be the same! You can thank me later.

So I was super, super excited about these new treats. Hampton Creek created this eggless mayo as a healthier, more natural, vegan alternative to your standard mayonnaise. I’ll admit that I was skeptical- I totally believe in the power of the egg and thought it would be pretty hard to replicate the taste and texture. They must be geniuses because they absolutely did it. In fact, I liked this better than regular mayo. I’m totally converted. In case you’re curious, here’s what’s in it. 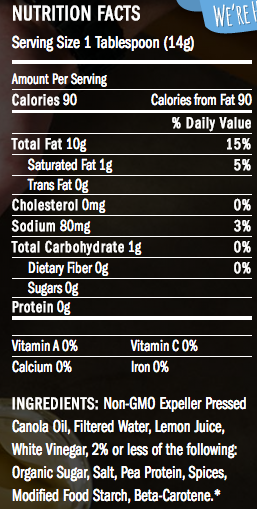 Although I quickly used the Sriracha and Garlic Mayo together to make my fry sauce for sweet potato fries (SO GOOD), I eventually wanted to try something different than your typical potato salad with this mayo. After a bit of pondering, I came up with this marinade using the Sriracha Mayo! And it was amazing. So much flavor and the mayo kept the chicken super moist and really crisped up the skin. 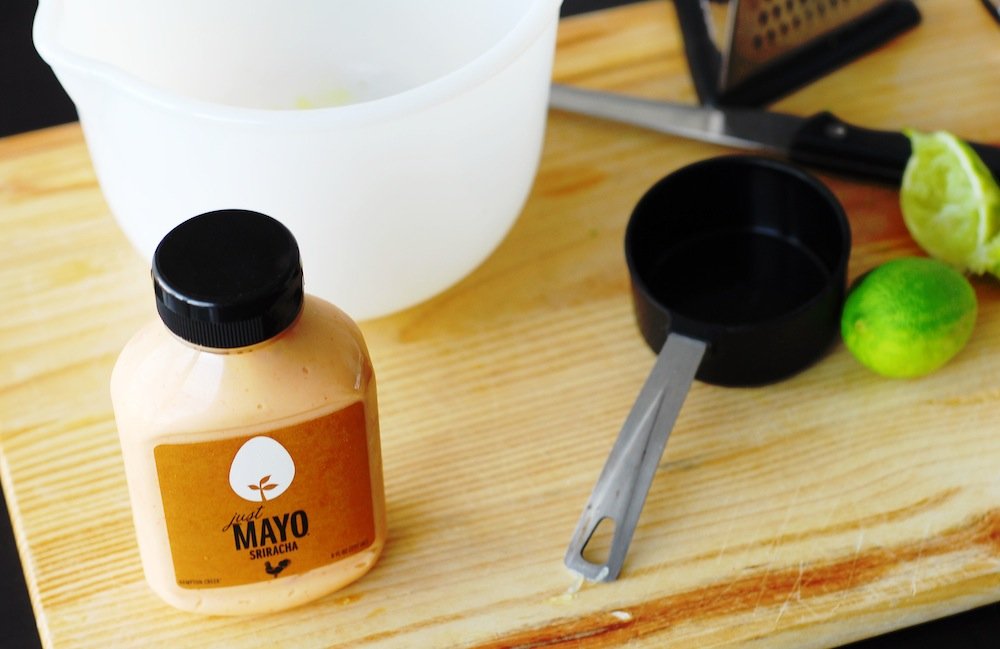 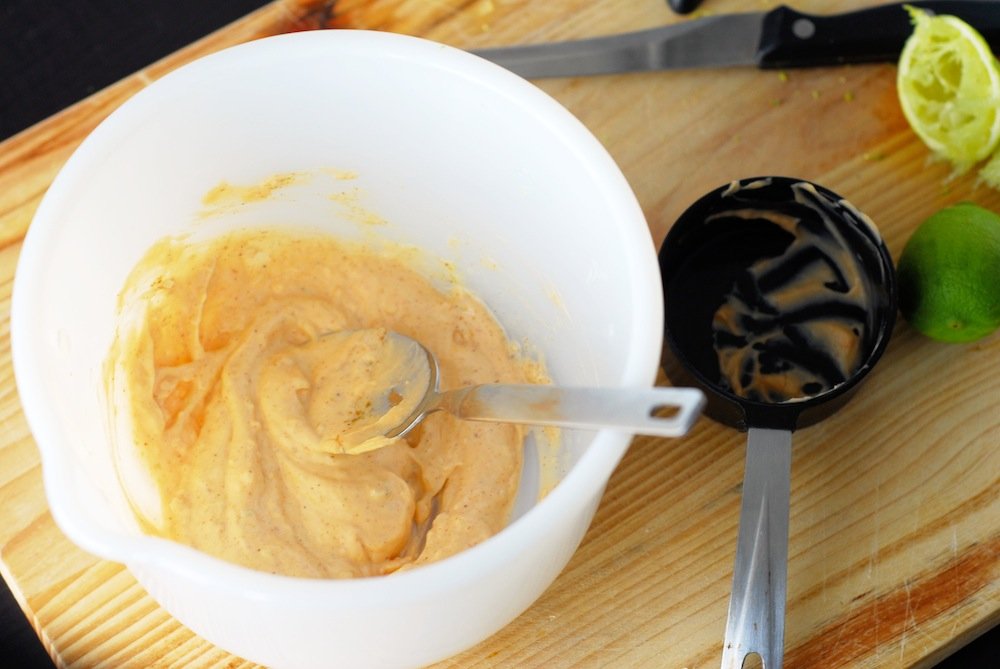 I marinated my drumsticks for about four hours, but two hours to overnight will do the trick. When they were ready, I roasted them with some potatoes tossed in olive oil, paprika, chili powder, salt, and pepper. Since they were on the same pan they fried in the chicken fat and mayo a bit and were so good that I may or may not have eaten almost all of them by myself. 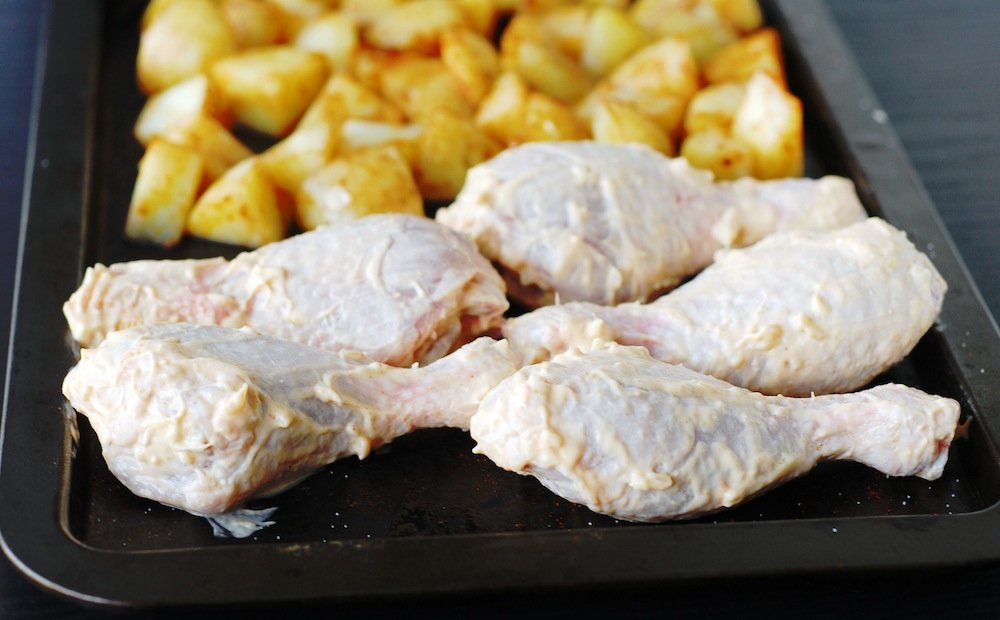 Then baked ’em up until everything was golden and chicken skin was crispy. As it should be! 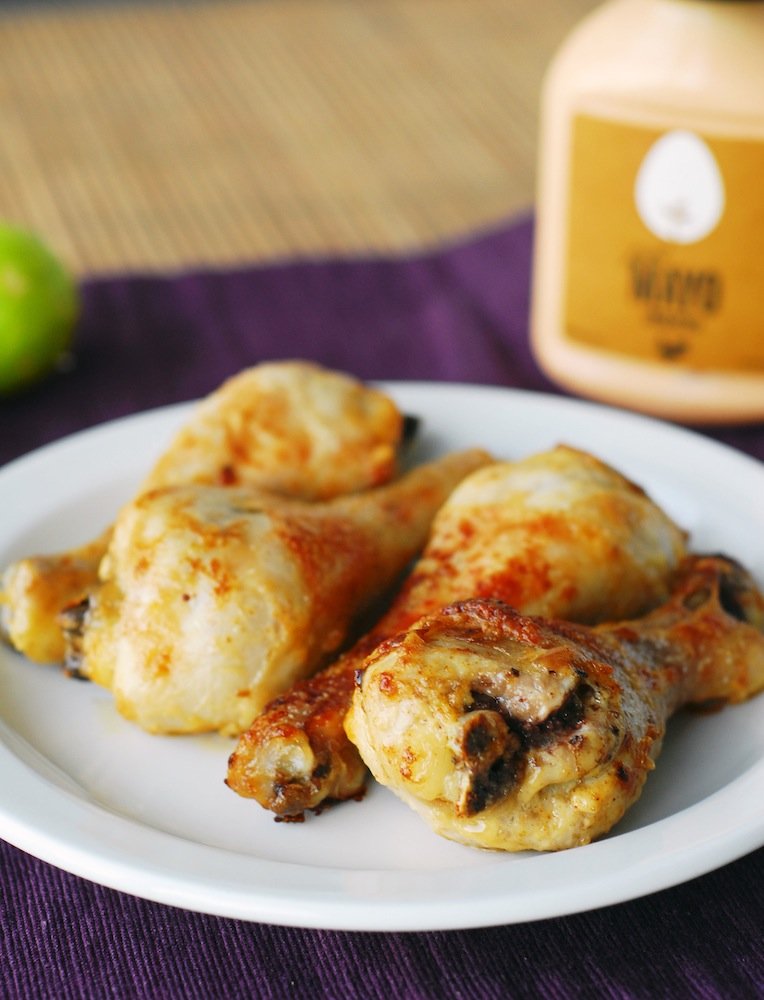 I want to eat these all the time. They’re spicy and zesty and salty and all of my favorite things. 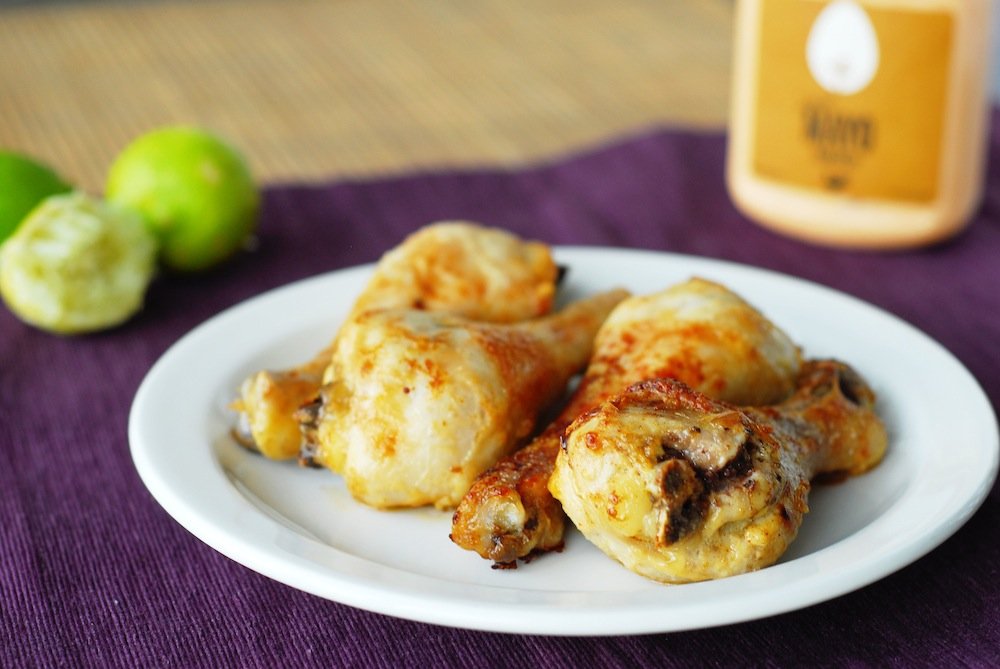 My fellow Portlanders can get Just Mayo at local Whole Foods, New Seasons, and Safeways. Or you could get some for free because Hampton Creek is super nice and wants to give one of you a pack like mine with Sriracha, Garlic, and original Just Mayo! 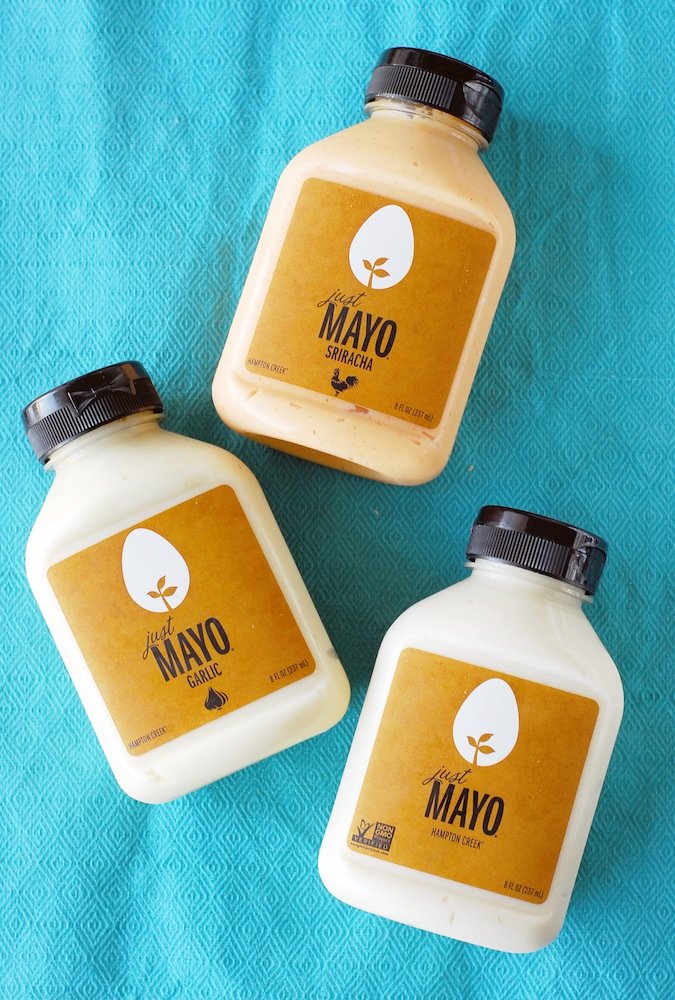 To enter to win a pack, just do at least one of the following below using Rafflecopter. Sometimes it takes a minute to load. You can do multiple for multiple entries! If you already do any of the following, just check it off! If you have any questions about entering, leave a comment on this post. We will verify all entries. The giveaway starts Tuesday, August 19th and ends Tuesday, August 26th. Good luck!

Congratulations, David! Thank you everyone for participating. 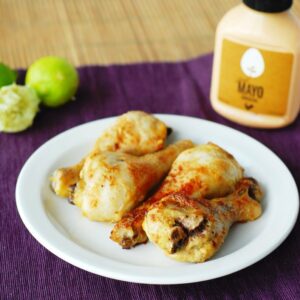 I diced potatoes and tossed them with olive oil, chili powder, paprika, salt, and pepper and baked them on the same baking sheet, for the same amount of time. They were delicious!
Course: Dinner
Author: Chelsea Cole
Did you make this recipe?Mention @aducksoven on Instagram or tag #aducksoven.
Main Dishes Marinades & Rubs 30-60 Minutes Chicken