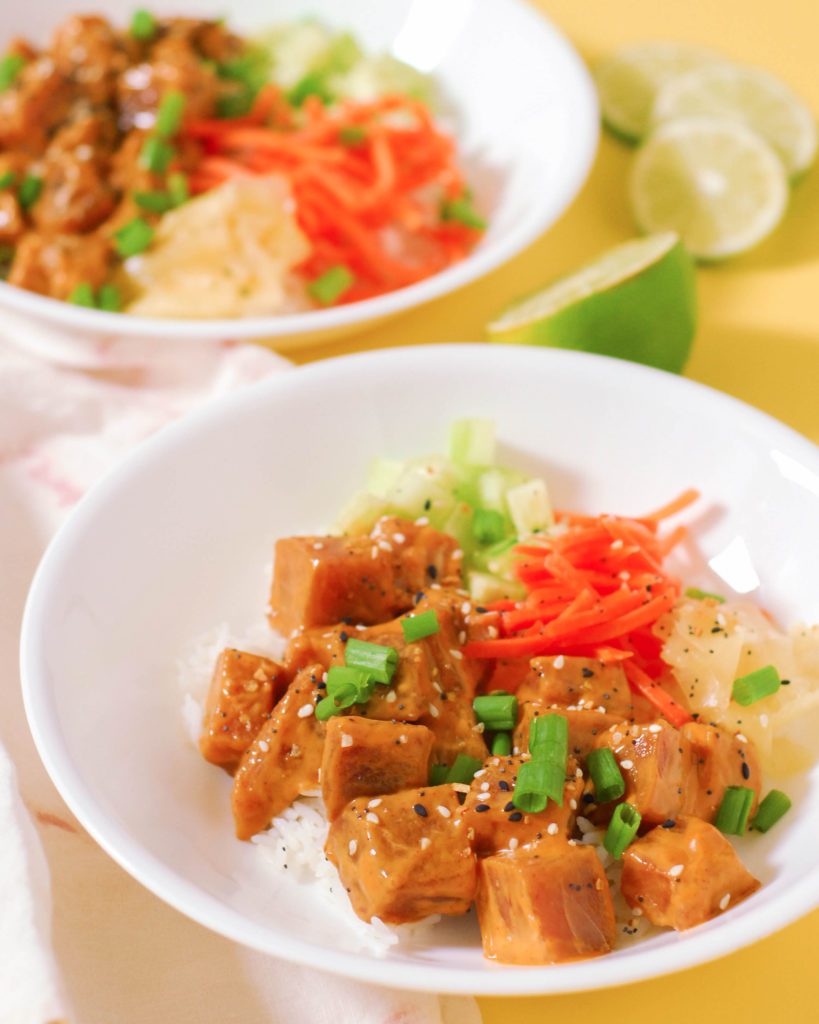 I got to spend two whole weeks in Hawaii over Christmas. TWO WEEKS! We were on Oahu and Kauai. It was magical. Truly. I spent my days on beaches snorkeling and boogie boarding. I spent my nights in hot tubs drinking wine with the people I love most in this world. And I ate my weight in amazing sushi, poke, garlic shrimp, and pork. And OMG, do I miss it.

Sooo, I decided to bring a little bit of the islands to my kitchen. One of the added benefits of having a father that hunts and fishes is that his friends do, too. One of those friends hooked him up with ahi tuna and I got to snag a piece. Happy girl right hurr.

Our favorite flavor of poke was spicy tuna poke (think spicy tuna roll in poke form), so that’s exactly what I recreated, and I did it pretty damn successfully if I do say so myself. 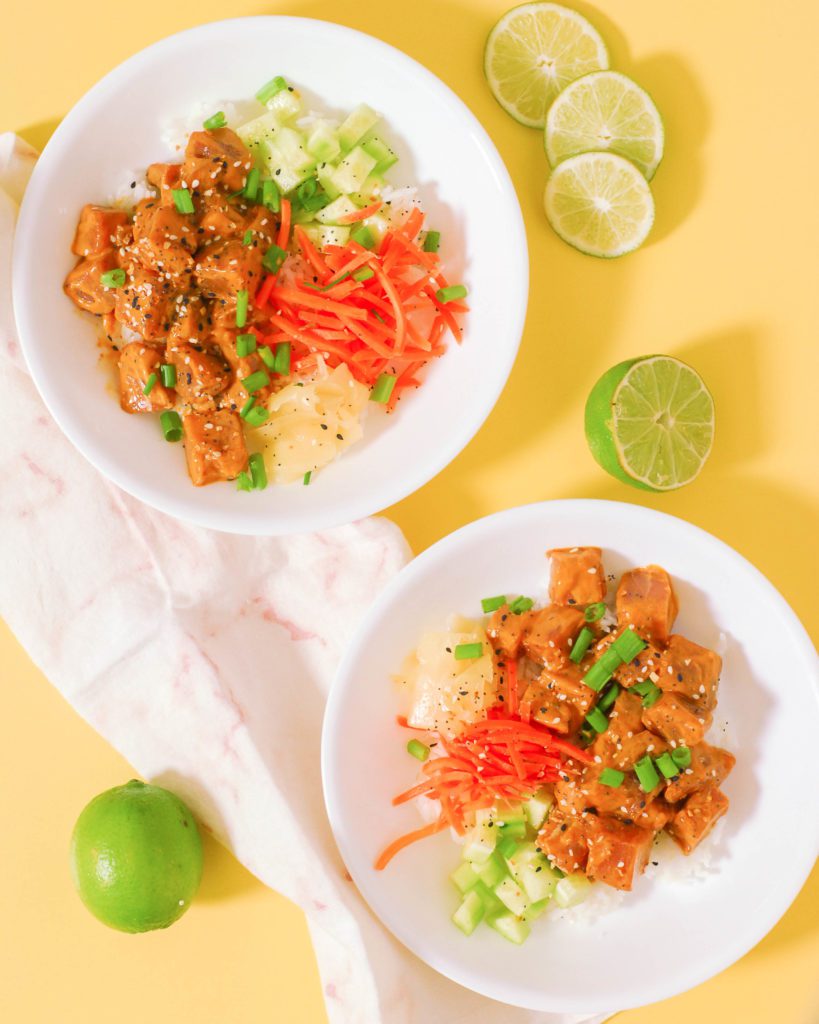 I’m sure one of the first questions that’s popping into your head is: raw fish, you prepared yourself – how safe can that be? This will be counter intuitive to some of you, but frozen, not fresh, is ALWAYS the best way to go if you’re going to eat fish raw. Freezing fish kills all the germs and if it’s frozen quickly after it’s caught, it’s just as fresh as the moment it went on ice. Or you could eat fish that’s been sitting out for days and days before it reaches your plate… allowing all kinds of goodies to accumulate on it. No thanks.

I defrosted this fish just enough to cut it up into cubes and kept it refrigerated until right before serving. I also let my rice cool a bit before plating so it wouldn’t heat up the fish too quickly.

We garnished ours with cucumbers, carrots, pickled ginger, Everything but the Bagel Seasoning (trust here), and green onions. It was DELIGHTFUL. You’re going to love this Spicy Tuna Poke!

Here’s the video version of the instructions for the Spicy Tuna Poke:

And the written version for the Spicy Tuna Poke: 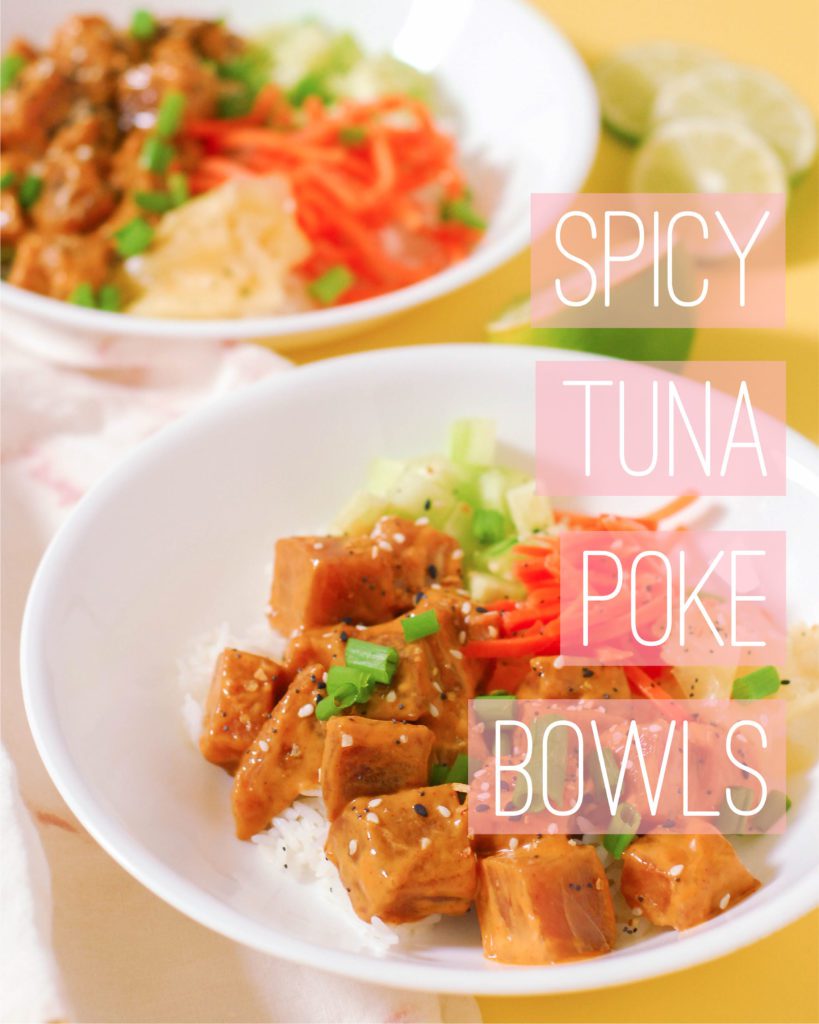