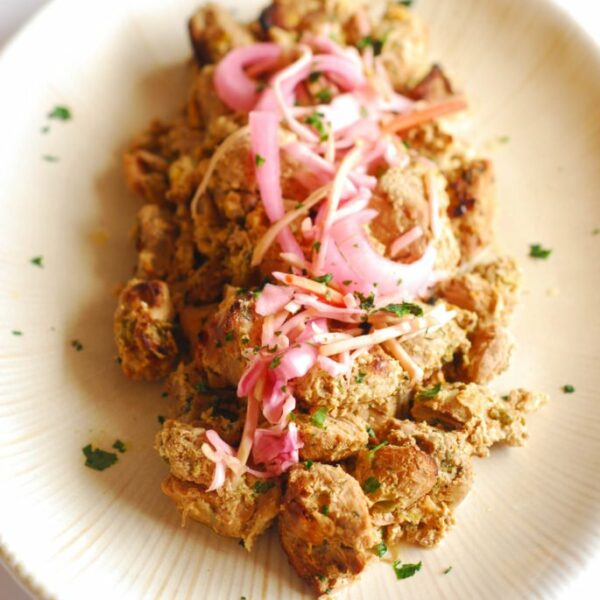 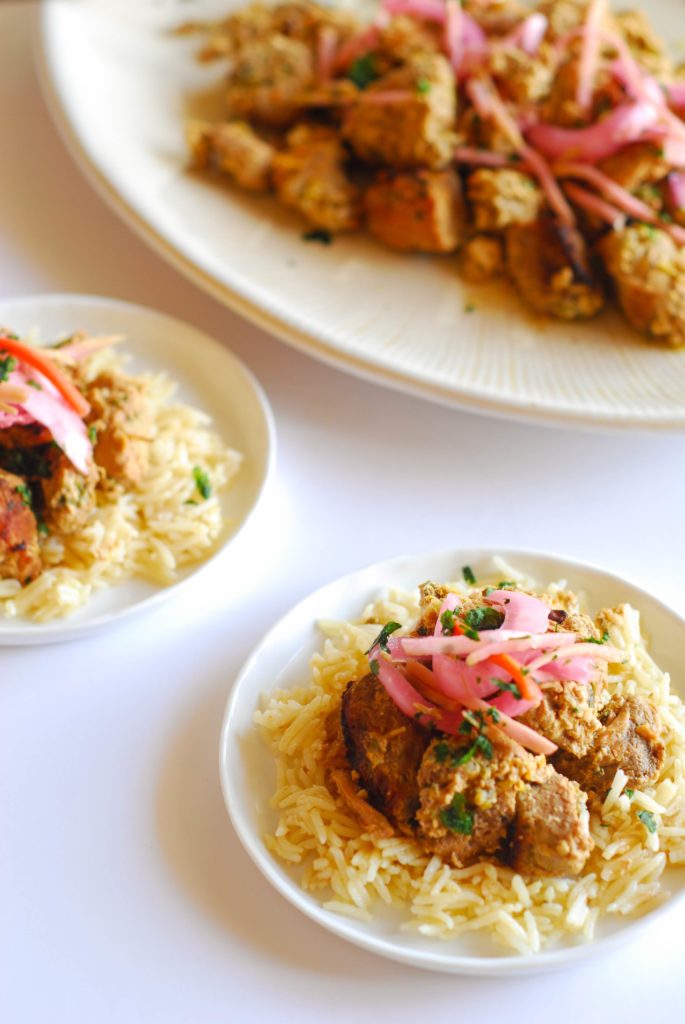 Okay, here it is: I’m on a bit of a slow cooker kick lately. It is so nice to have dinner ready, or at least, very close to ready, right when I walk in the door and almost completely removes the temptation to order a pizza or go out to a nearby restaurant <<< a very nice thing for our waistlines and wallet.

I’m also on a rice kick lately. Is there a better starch?! It’s filling, but unlike potatoes or pasta I can actually stop eating it; it absorbs any flavor you add to it; and it’s crazy easy to make! Thanks to our rice cooker, even Husband can handle getting this side dish ready.

Have I also mentioned that we’re on a step-getting craze lately? Husband especially. 10,000 steps a day is a minimum. Which is so awesome and wonderful for our health, HOWEVER it takes a lot of extra time out of my day since I (now!) work a desk job. AKA many mornings and evenings spent at the gym, especially with this rainy spring Portland weather. AKA mornings and evenings that I usually spend on meal prep are being otherwise occupied.

So these meat + rice dinners have become a lifesaver, especially because there are so, so many variations. It’s eaten all over the world! Today’s variation comes from Haiti.

This recipe for Slow Cooker Haitian Pork was adapted from one on NY Times Cooking. Admittedly, this slow cooker recipe takes a little more forethought than others. If you make the pikliz (which I HIGHLY recommend you do) it takes three days forethought. But worth it. And it’ll only take you a minute: veggies in a jar with a few spices, garlic, lime juice, and apple cider vinegar, then into the fridge for a few days for a crunchy topping with a vinegary bite. Bring. It. On. 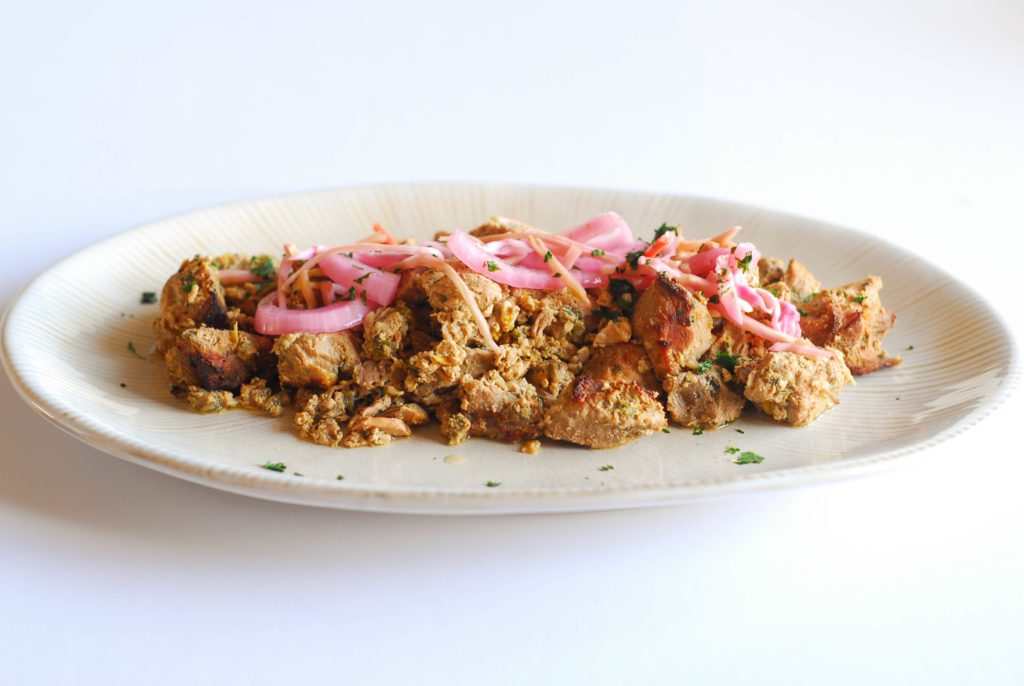 In addition to the amazing pikliz that you should totally make, the pork does get marinated overnight (or if you’re like me, for two days because plans always change). I don’t think it would make a huge difference if you didn’t marinate since we’re slow cooking, but if you have the time, do it.

What makes this slow cooker Haitian pork so delicious is the marinade and cooking liquid, which is a ray of sunshiny brightness: lemon, lime, orange, and apple cider vinegar plus veggies like onions and bell peppers, with the kick of habaneros.

We ate ours over rice, but Husband and I agreed this pork and the pikliz would be delicious in a corn tortilla if you wanna shake things up. 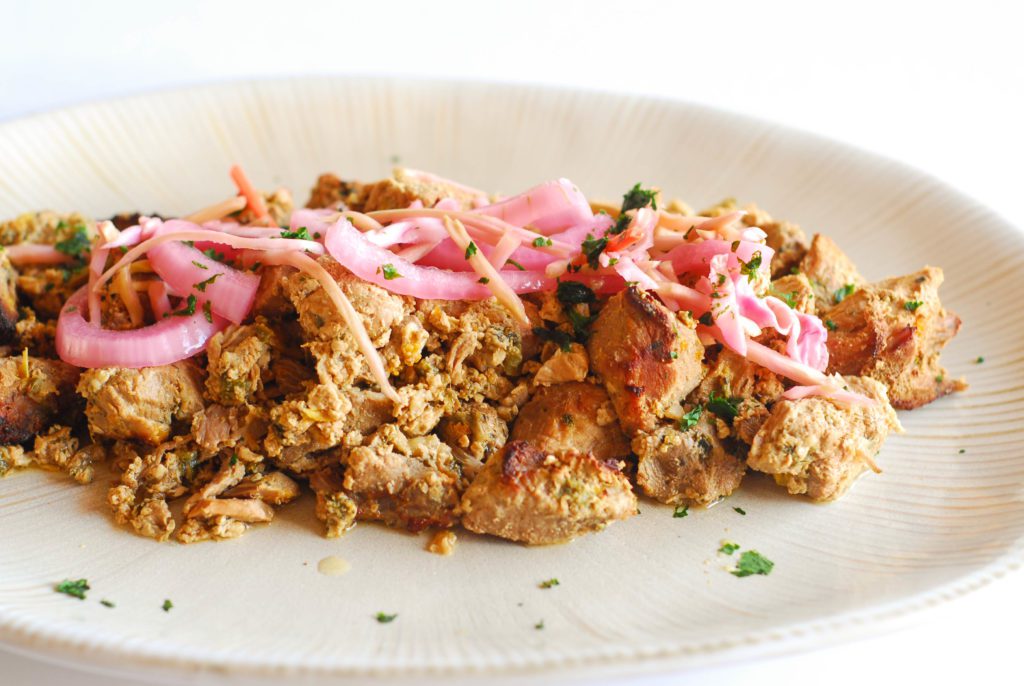 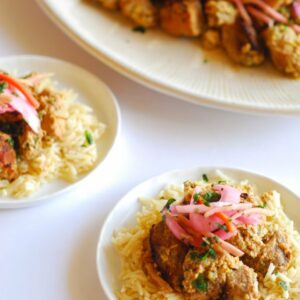