I also love these raw tortillas from Costco. 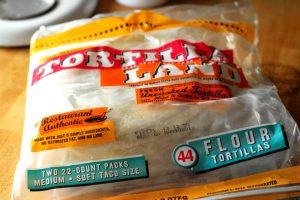 They are totally freezable, which is important, since they come in packs of 44, and they’re so, so close to be as good as homemade tortillas. They’re already flattened and rolled out- you just cook them for a few seconds on each side to chewy tortilla perfection. I’ve been making all kinds of Mexican-food goodness with them because it’s so easy to have restaurant style tortillas now- like these awesome shredded beef tacos.

When we have beef with Mexican food, I usually take the easy way out and use ground beef. I’ve actually tried to do some shredded versions before, but they were never quite right. That may have been because I was using antelope… but that’s a story for another day.

I decided to give shredded beef another try, but this time with the proper cut: chuck roast. It’s only taken me so long because I had insisted on using whatever random cuts of game I had in my freezer, but this could go on no longer.

So, I poured some beef broth into a crock pot. Then I roughly chopped up an onion and threw it into the crock pot, too.

I finely diced a chile in adobo sauce. I love chiles in adobo. They’re smoky, they’re spicy, they’re everything delicious. And they go right into the crock pot. 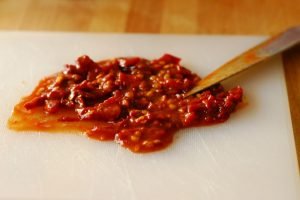 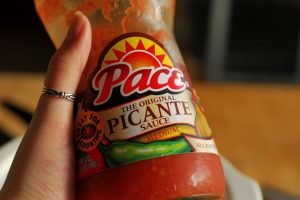 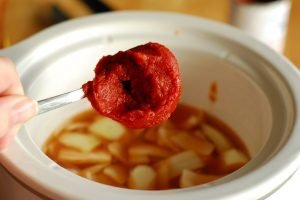 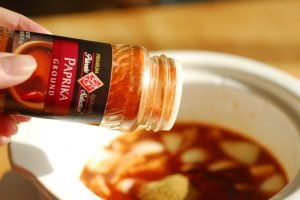 And cumin. Cumin is really weird to me. I like it, but the smell still shocks me every time I open the jar.

Then the chuck roast! The one I bought was pretty big, and since I’m only feeding two people, I cut it into thirds and froze the other two pieces. After trimming all the excess fat off, of course. 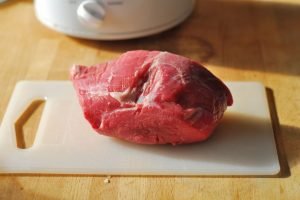 Isn’t it pretty? I read somewhere that food bloggers often avoid posting about dishes with lots of meat because it doesn’t photograph well. I will just have to agree to disagree, because this is beautiful in my eyes. It goes into the crock pot, too.

Make sure the liquid covers the meat- you can add more water if ya need to. Set it to low and let it cook for 6-8 hours. Low and slow, the best way to do it for shredded meat.

Remove the meat and shred it by inserting two forks and pulling them apart. Toss it with a little bit of the cooking liquid to make sure it’s got lots of flavor. 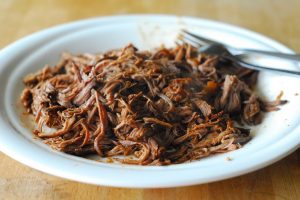 Then throw some on an awesome tortilla from Costco and top it with your favorites. I used shredded cheese, peppers, cilantro, and some of the onions the beef was cooked with. 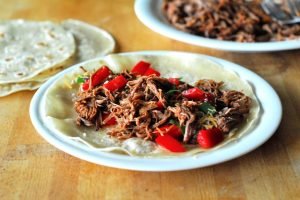 Oh beef, thank you for bringing me so much joy.

Directions
1. Combine all ingredients except chuck roast in a crock pot.
2. Add the chuck roast and cook on low for 6-8 hours.
3. Remove chuck roast from crock pot and shred by inserting two forks into roast and pulling them apart, repeating until entire roast is shredded.
4. Toss the roast with a few teaspoons of the cooking liquid until evenly coated. Add onions from cooking liquid if desired.
5. Top a tortilla with shredded beef and desired toppings. Enjoy!