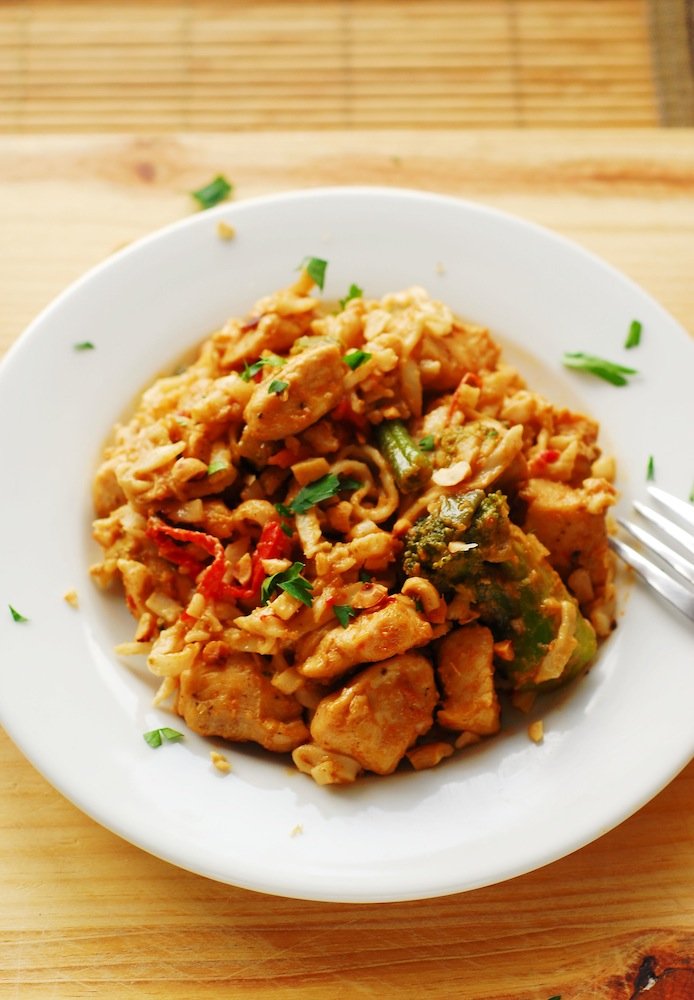 It’s finally getting warm again in Cape Town. Which means it’s going from an average high of partly cloudy 62 to a sunny 75. Not exactly a huge jump, but I’m so, so excited. It’s almost like I haven’t been living in Portland all my life, where it goes from 90 degree summers to rainy, 50 degree rest-of-the-years. It’s supposed to rain a little more later this week, but it’s some of the last rain of the “winter”. And you better believe I’m hiking and beach-walking until that rain comes back. Fiance is getting into the nitty-gritty of writing his thesis, but I’m hoping that I can talk him into taking his laptop to a picnic table near the beach at Camp’s Bay at least a few days a week.

In other news: there are few things better than peanut sauce. This dish, which I’ve decided to dub “Pantry Pad Thai” is one of those beautiful things that came together with random ingredients in my kitchen on a night when I was lost for dinner inspiration. 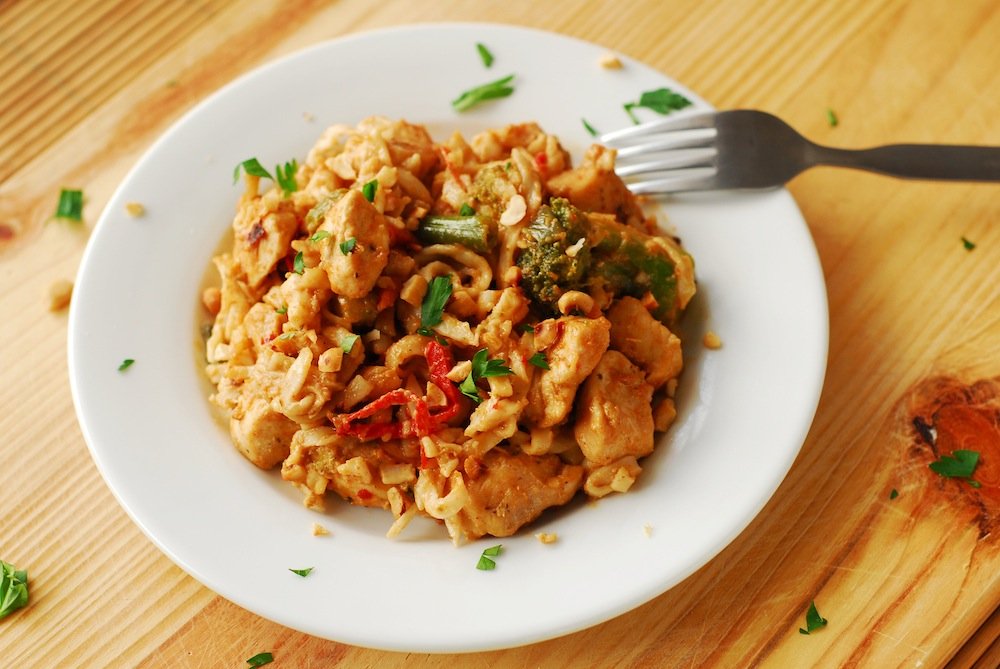 It’s simply rice noodles, chicken breasts, frozen veggies, and bell peppers topped with chopped peanuts and a spicy, easy to throw together peanut sauce. That’s actually parsley on there, but it would have been cilantro if I could find it reliably here in Cape Town. 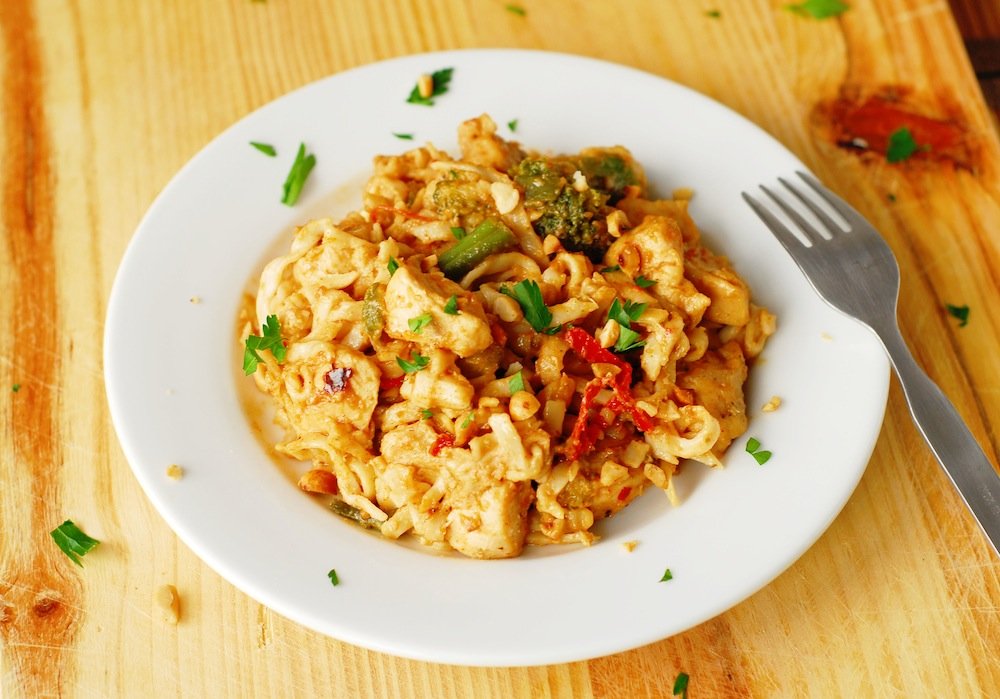 It cooked up really quickly, making this the ultimate weeknight dish. I love throwing frozen veggies into anything that’s saucy, so I’ve been doing it a lot with curries lately, too. If we’re being honest, frozen veggies are not all that great on their own, but here they can soak up the sauce and it doesn’t matter all that much. And then you can feel super good about yourself for eating veggies. You earned that pat on the back.

Even though this is far from a traditional dish, you’ll really love it. Just throw in what you have on hand, whether that’s frozen veggies like me or some green beans and sugar snap peas.
Print
Scale