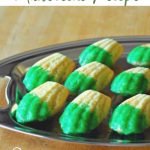 Learn how to make Madeleine Biscuits with this easy step-by-step recipe! I’m walking you through exactly how to mold your madeline biscuits and bake them! 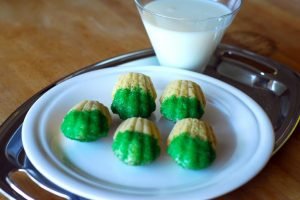 I love madeleines. For years, I found them incredibly intimidating. No leavening agents (things that make baked goods rise) are used in madeleines, unless you want to cheat, and that terrifies me. But, once I finally found the guts to try it, they came out perfectly! I’ve had 100% success with madeleines ever since and am no longer scared of them. The trick is to not overmix and using the right recipe.

And, since I’m a huge dork, when I got the inkling to make madeleines, I decided to make them St. Patrick’s Day themed. And I think they are AWESOME. You don’t have to agree. But if you do that’s great, too.

To start, grease and flour a madeleine pan. I love mine. It’s blue. It’s silicone. And my grandma got it for me. 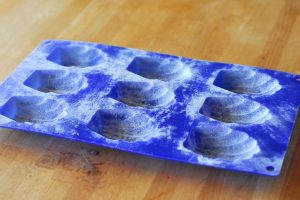 Then some other mise en place (getting everything ready) stuff. I have been watching way too much Food Network.

Zest a lemon. I don’t have a zester, and my grater is gigantic. So I grate, and then chop for good measure. It’s, er, resourceful. Or something. 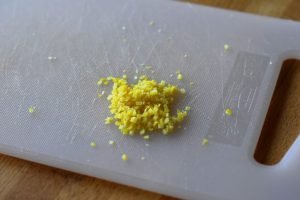 Melt some buttah. Butter. To clarify. But we’re not clarifying the butter. Got it? Just melt some butter. We melt early in the process because it needs to cool before being added to the dough.

Then beat together the eggs and sugar. Add the vanilla, salt, and lemon zest. 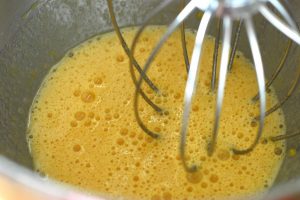 Now add the flour until just blended. I tend to overmix, so this is difficult for me. But I resisted. 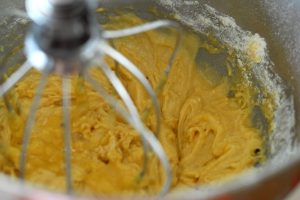 Then slowly pour in the melted and cooled (but not clarified) butter. 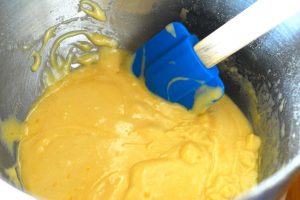 Spoon tablespoons of the batter into the madeleine molds. I love the shape of madeleines. So dainty and pretty. 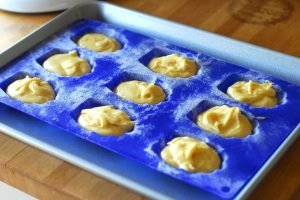 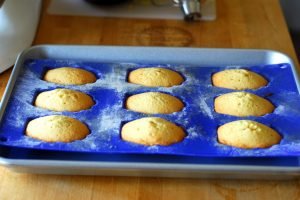 Then marvel at their golden prettiness and wonder how they puffed up so perfectly with no help at all while they cool in the pan for five minutes.

In the mean time, sift some powdered sugar into a bowl. 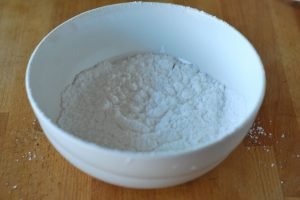 Then just dip madeleines, one at a time into the icing.

Then sprinkle sprinkles (there has to be a better way to say that) on to the madeleines. I found this to be a more successful, albeit more wasteful, method than rolling them in sprinkles. 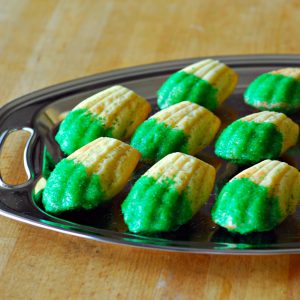 My first attempt at taking photos looked like this. Boyfriend thought they looked like a starship fleet of madeleines. 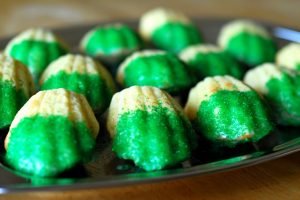 And now that’s all I see when I look at these photos. 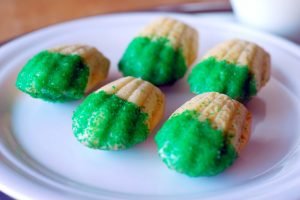 But they are still super pretty. At least I think so. Even if Boyfriend is weird.

Directions
1. Preheat oven to 375 degrees. Grease and flour madeleine molds.
2. Mix eggs and sugar until just combined. Add the vanilla, lemon peel, and salt. Mix until just combined.
3. Slowly add the flour. While mixing, add the melted butter and mix until just combined. Do not overmix.
4. Spoon 1 tablespoon of the dough into each madeleine mold. Bake in preheated oven for 16 minutes, or until edges are golden brown. Let cool for five minutes in pan before removing to cooling rack.
5. While the madeleines are baking, whisk together the powdered sugar, vanilla, and rum for the icing. Add the milk, one tablespoon at a time, until it’s reached desired consistency.
6. Dip half of each cooled madeleine into the icing. Pour sprinkles over wet icing, if desired.

If you’re looking for more classic dessert recipes, these Classic Lemon Bars might be right up your alley or