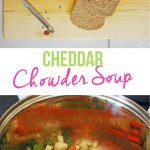 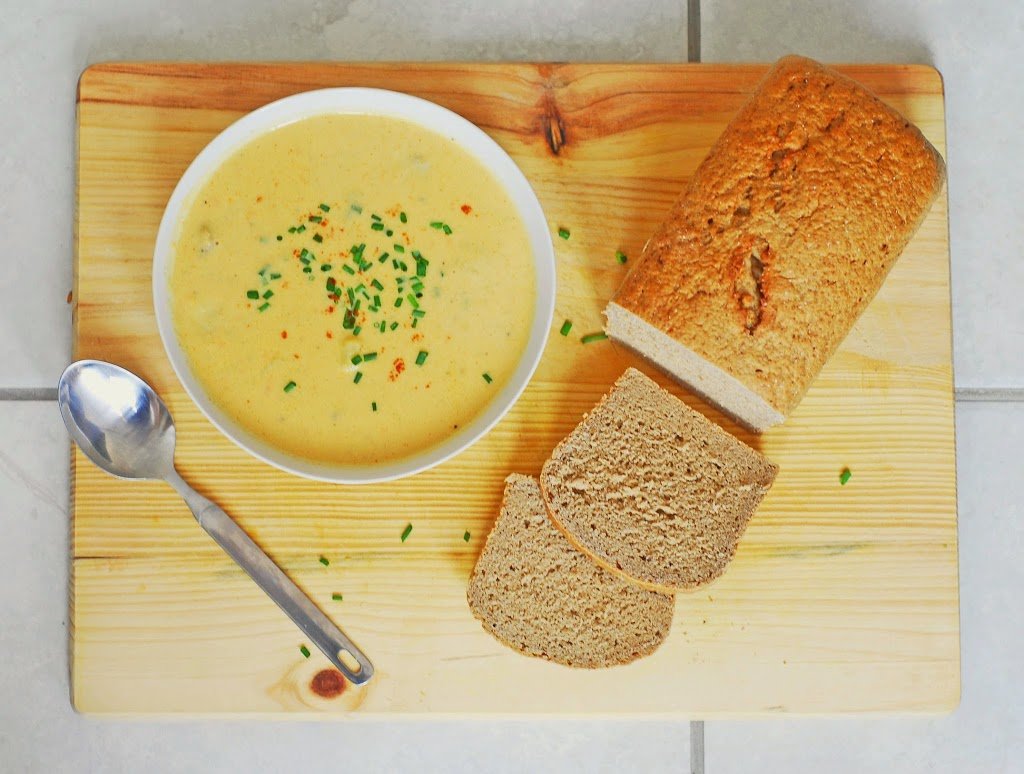 I think I’ve said this before. I love chowder. Love, love, love chowder. But I always feel incredibly guilty eating it because I know all that butter and cream lurking in the chowdery goodness packs a huge calorie punch.

I saw a recipe a few weeks ago for a beer, sausage, and cheddar chowder and knew it was only a matter of time until I succumbed to heavy cream and loads of cheddar cheese. But then that little voice started speaking up in the back of my head: “Don’t you want to look awesome in your wedding dress?! A week’s worth of chowder in the fridge ain’t gonna help get you those toned arms.”

But I still had to have it. Then I remembered the miracle of cauliflower, and came up with this incredible recipe. Each serving is only 210 calories! Not to mention, I love getting my daily dose of veggies in soup form.

To start, brown some sausage in a large stock pot. I’m using the South African “boerwoers” because they’re delicious and amazing. Feel free to use whatever sausage you prefer. 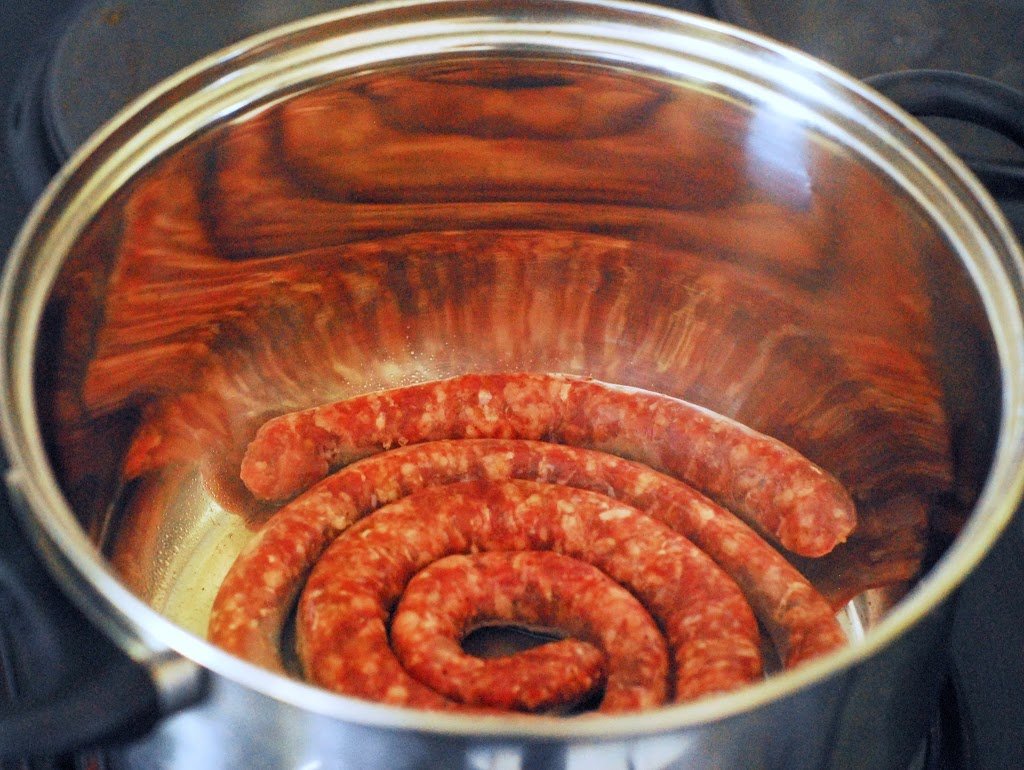 Remove all but about two tablespoons of the sausage fat, then throw in the magical trio: onion, celery, and carrots. These can be a rough, chunky dice: you’re going to puree it all in a bit! 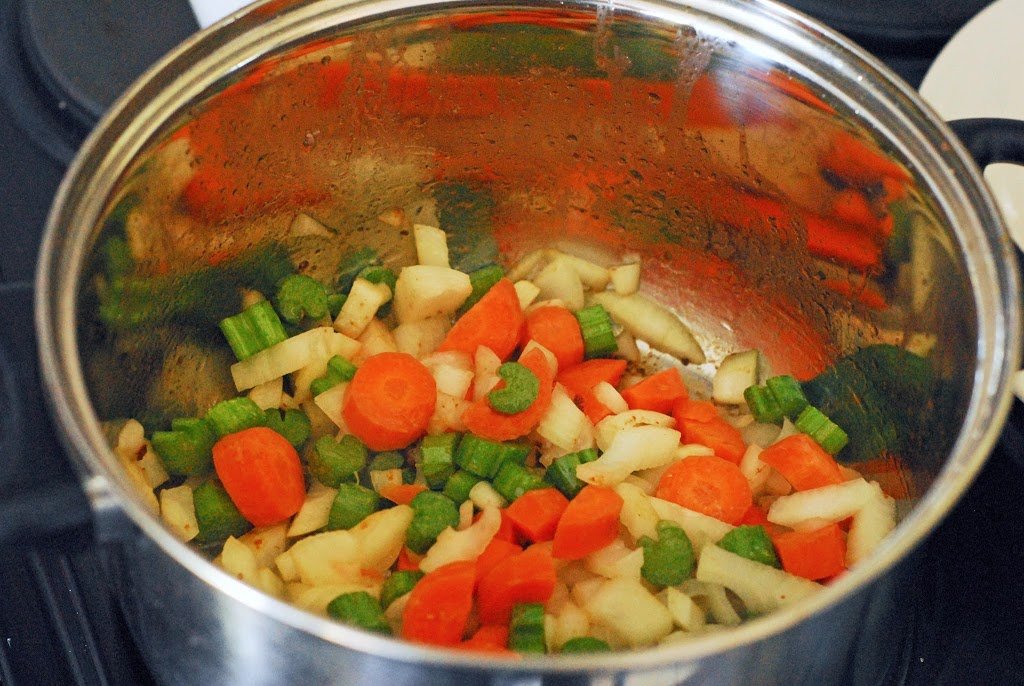 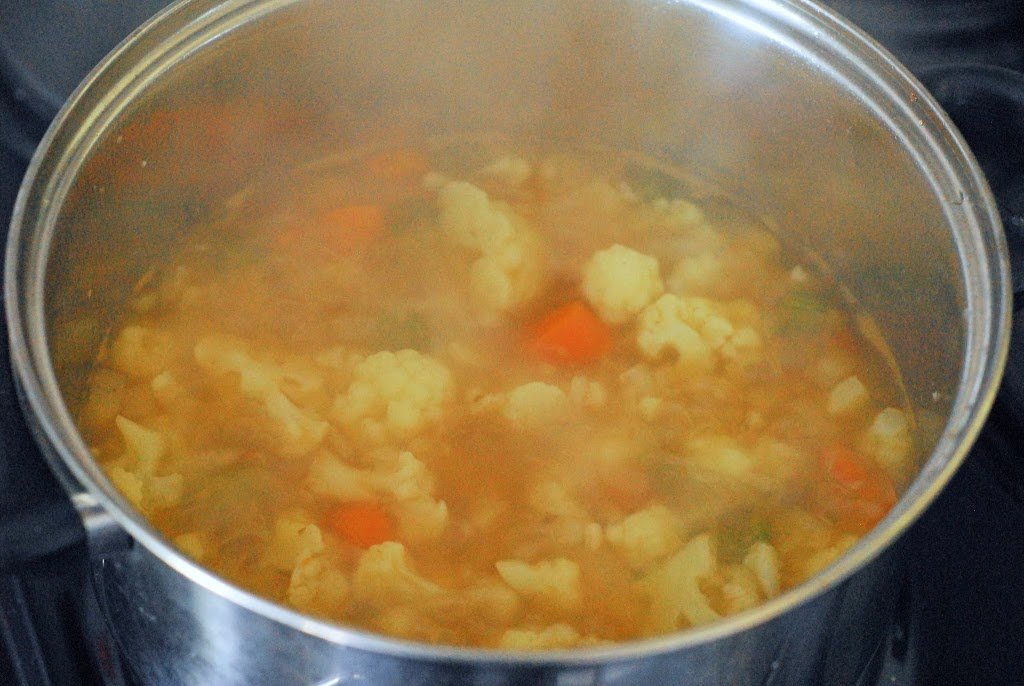 Then it’s time for my favorite part. I discovered the immersion blender about two years ago and it has since become one of my favorite tools in the kitchen. Using an immersion blender, puree all those lovely veggies until super smooth. I found that I couldn’t get rid of a few chunks of carrot, but make sure that cauliflower is silky. 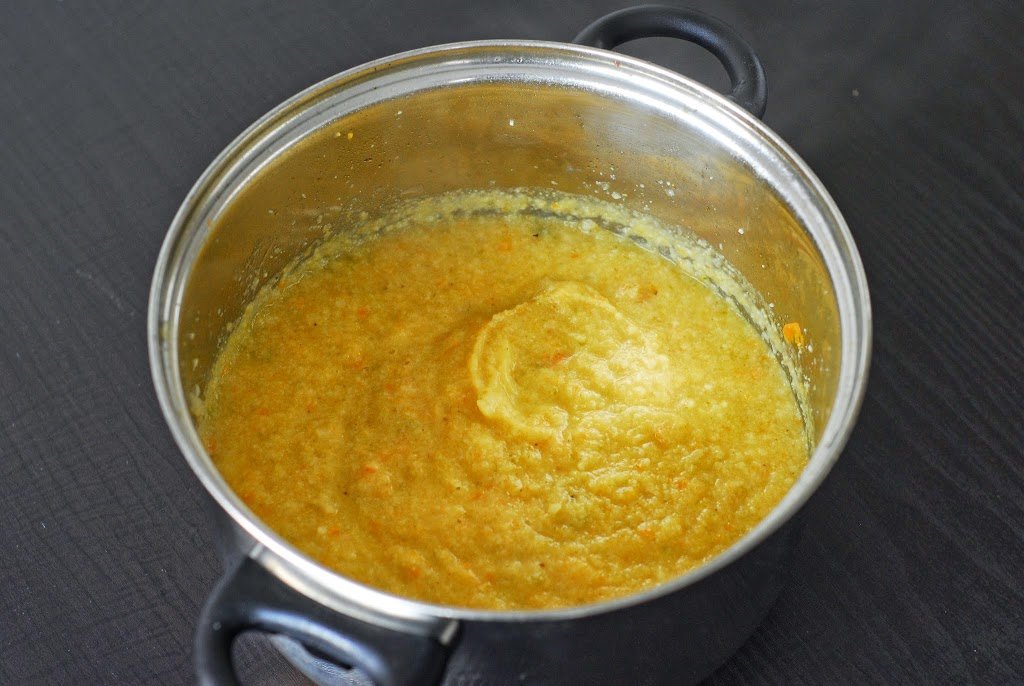 And then distraction happened, and I got caught up and didn’t take pictures of the rest. I decided at the last minute to add some potatoes, so I poked a few with a fork and microwaved them for a few minutes until soft, then cut them into sizable chunks and threw them into the soup, along with beer, nonfat evaporated milk, the sausage (now sliced), salt, pepper, paprika, a kick of cayenne, and a nice helping of cheddar cheese. I used a local brew from Butcher Block Brewing, their pale ale. 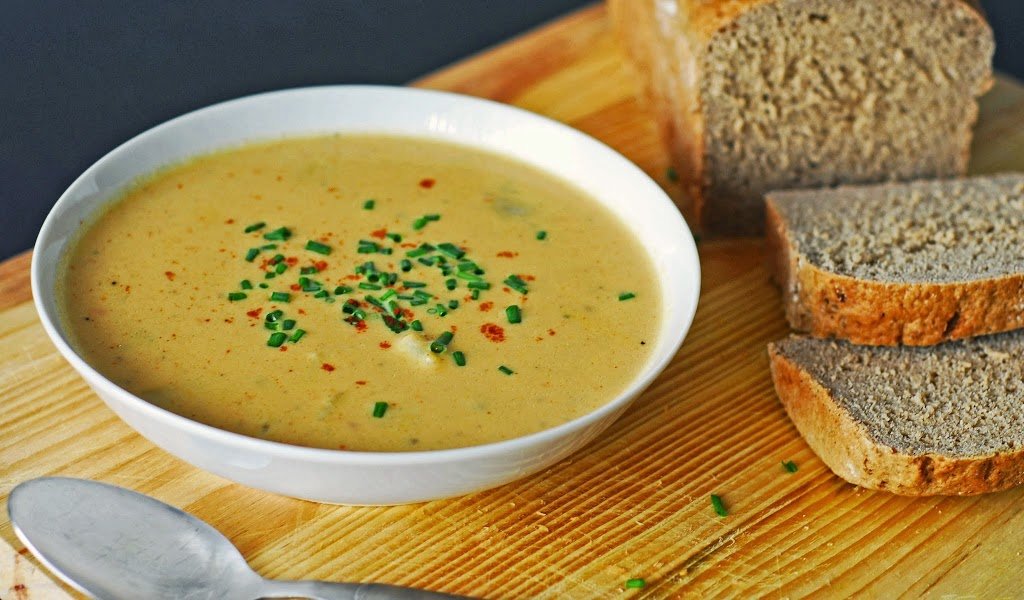 This soup was so good that it got Fiance’s approval, and you have to understand how unlikely that is considering it’s pretty much half vegetables. We enjoyed ours with some rye bread, which is very popular here in Cape Town.

I calculated the calorie counting using SparkPeople, but I didn’t add the potatoes because I didn’t know I was going to use them until the last minute! They won’t add too much to the calorie count though. Each serving (about 1 1/2 cups) is only 210 calories!

Nonfat evaporated milk and pureed cauliflower are miracle workers when it comes to lightening up creamy soups! Try it in any chowder in place of heavy cream.