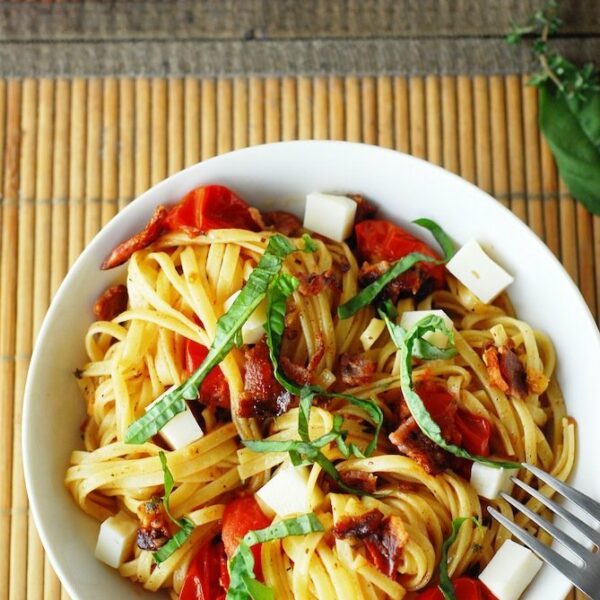 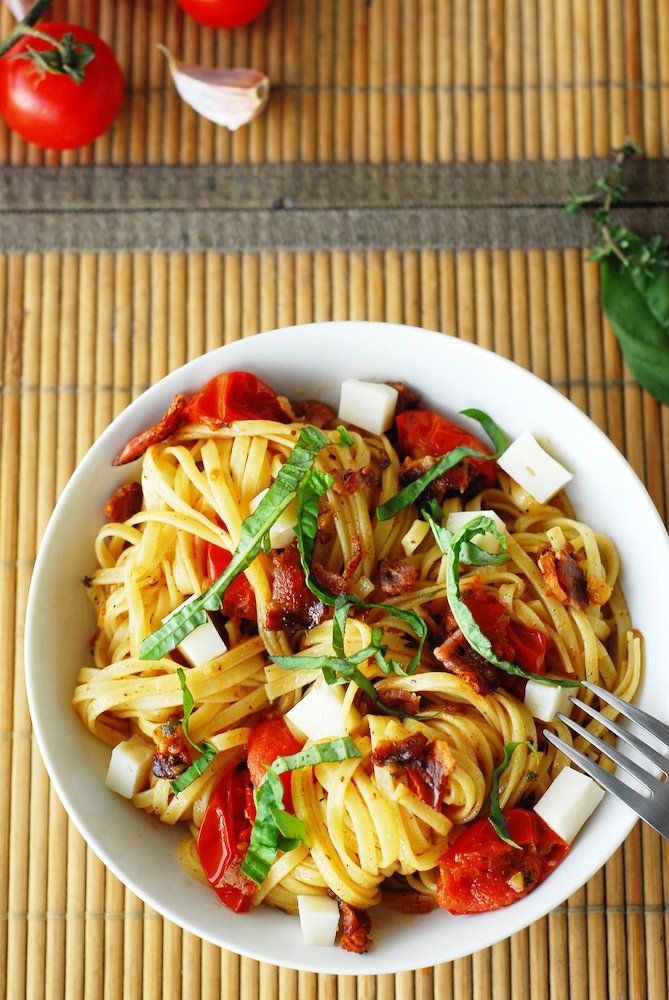 I’ve learned so, so much during my six months so far living in South Africa. One of those smaller, less consequential things is that there are so many foods out there that I have yet to try. Cape Town has introduced me to a love of curry I didn’t know I had, new seafood, ostrich, coriander, and countless other incredible foods.

Although my palate has grown leaps and bounds since college, I keep coming across seemingly ordinary foods and realizing that I’ve never tried them. Recently, one such food was goat cheese. We were served an incredible goat cheese salad during our stay at Inverdoorn for our safari and I realized it was something I hadn’t eaten before! Why?! It was so creamy with just a touch of smoky, and I fell head over heels.

Since we’re at the end of tomato season in the US, I’ve been seeing tons of gorgeous tomato-pasta dishes on Pinterest. I really wanted one for myself, so I came up with this fettuccine. It’s packed with cherry tomatoes, bacon, goat cheese, tons of garlic, and fresh basil, thyme, and rosemary. It’s fresh and hearty and so many of my favorite things. 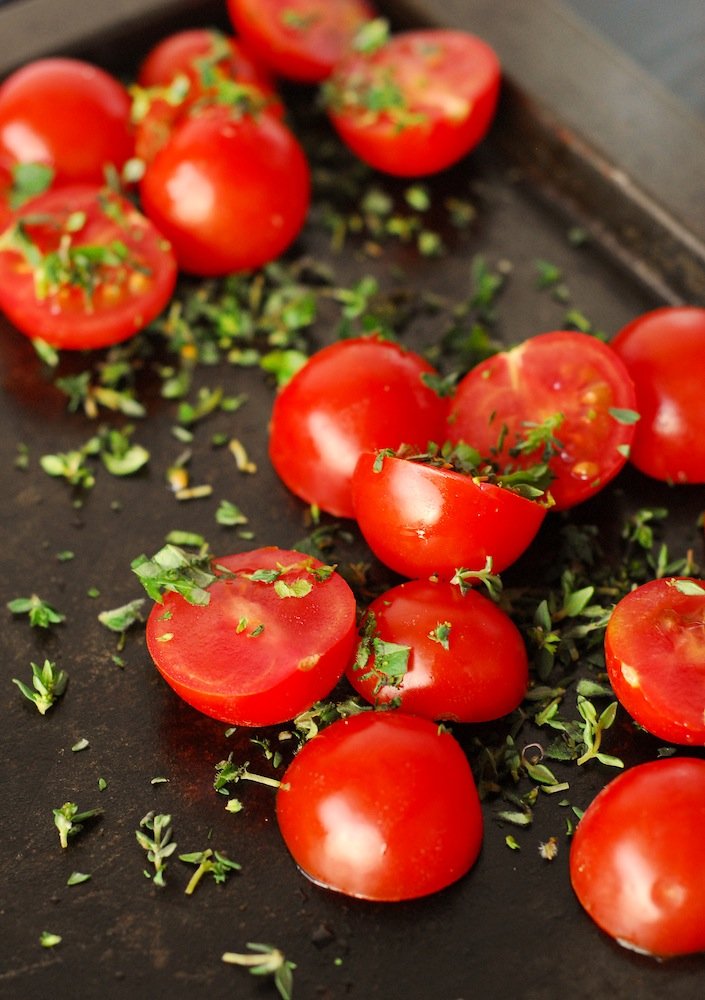 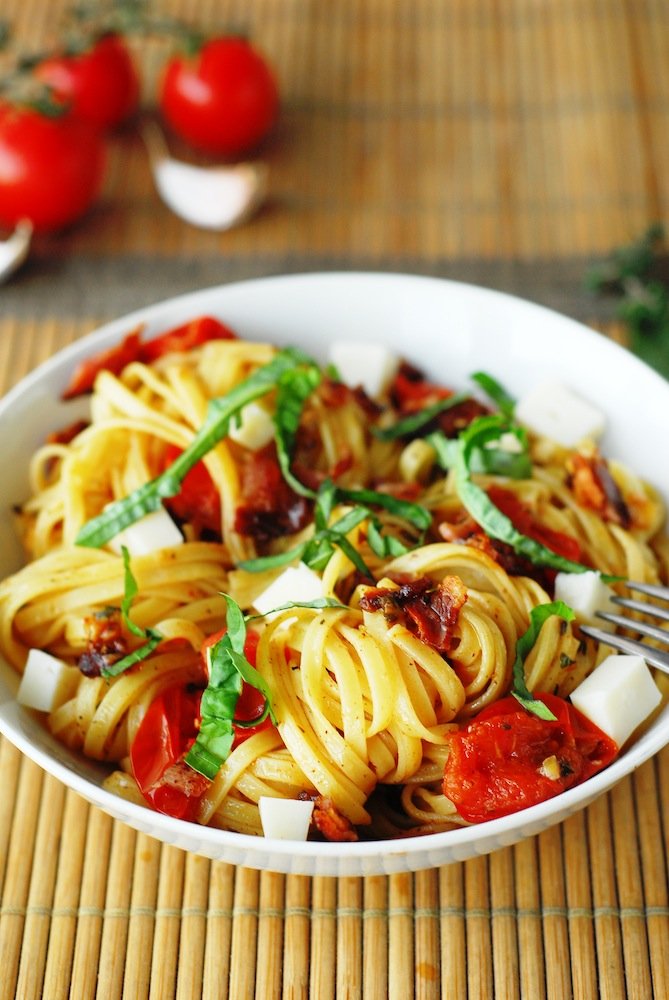 And bacon because everything is better with bacon. The sweetness of the cherry tomatoes with the smokiness of the goat cheese and saltiness of the bacon is the combination to beat all combinations.

You can use whatever shape of pasta you like. I typically go for short noodles like fusilli because they’re so much easier to eat, but I felt like swirling the fettuccine would give a better guarantee that I’d get plenty of the other pasta components in each bite. 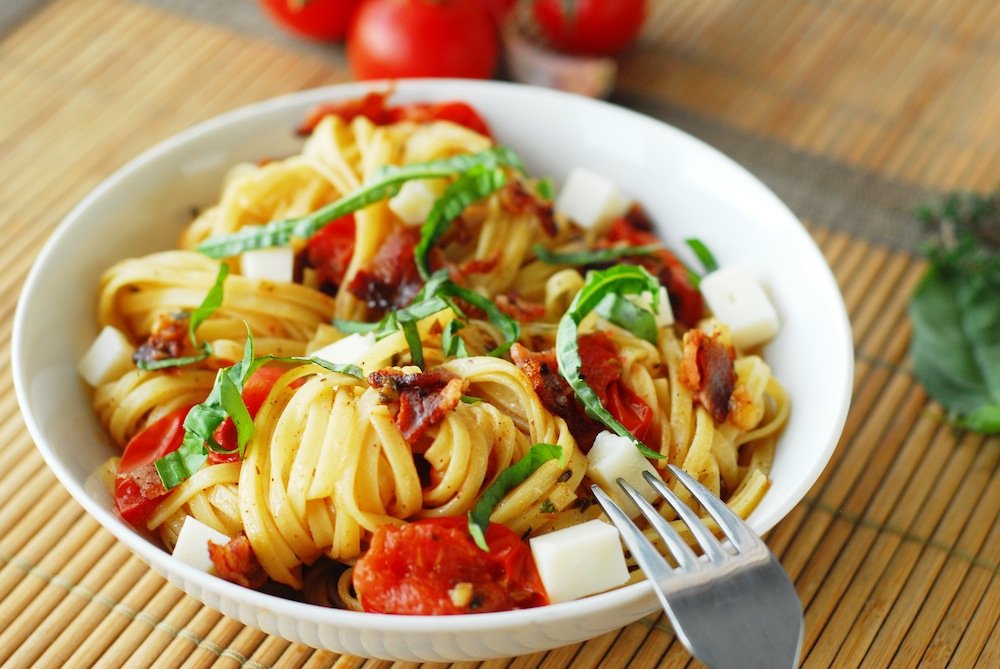 Hurry and make this while you still have your last few tomatoes! 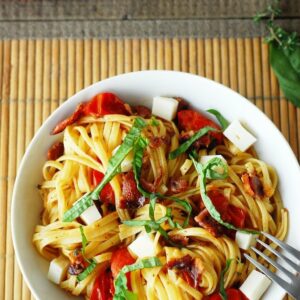 Pepper bacon would be fantastic in place of regular bacon!
Course: Dinner
Author: Chelsea Cole
Did you make this recipe?Mention @aducksoven on Instagram or tag #aducksoven.
Main Dishes Pasta 30 Minutes or Less Pork