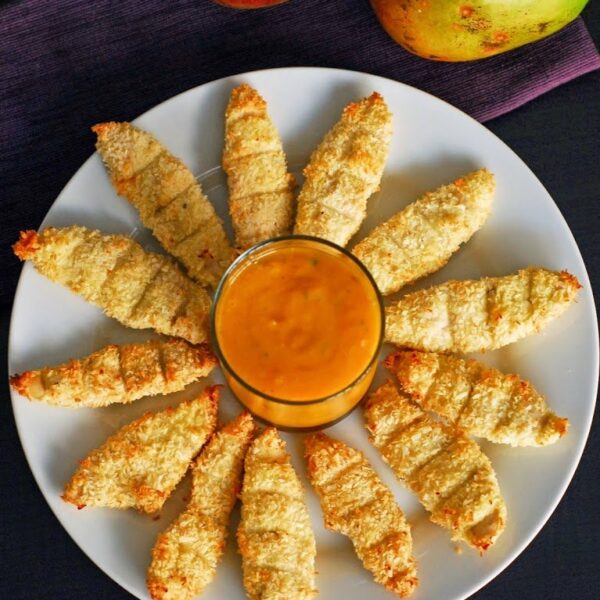 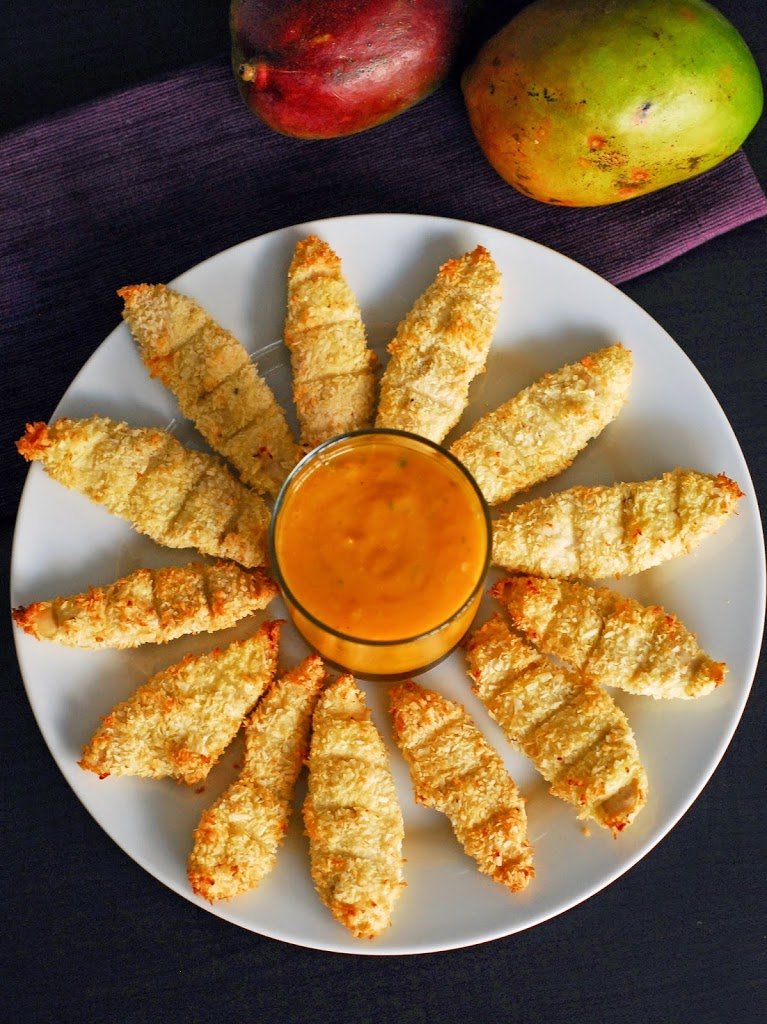 One of the happiest, simplest discoveries we’ve made about Cape Town is that mango is abundant here. The high-end grocery store that we sometimes go to has “snack pots” of already cut mango that Fiance adores and will often eat for breakfast. I’ve been trying to think of ways to incorporate it into more of our meals, although it’s tempting to just cube it up and eat it as is.

This recipe was fun. I’ve had no luck finding Panko here (fine, I’ll make my own breadcrumbs!) and had been craving crunchy chicken, so the coconut on this chicken was the perfect substitute. We did them as chicken fingers, for dunking purposes of course, and had them with coconut rice.

To make the mango dipping sauce, combine mangoes, green chillies, red onion, garlic, cumin, coconut milk, and honey in a food processor. Blend until nice and smooth. I wanted our dipping sauce to have a good kick, so I used a whole green chile. If you are sensitive to spice, use half a chile and then taste before adding more. 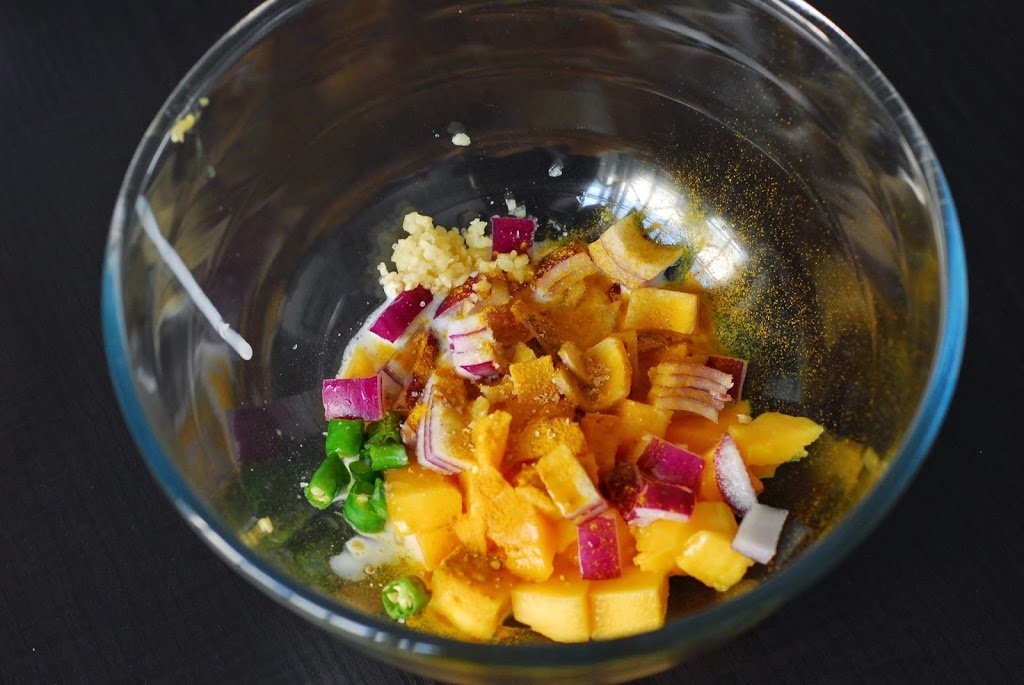 To make the chicken, arrange three bowls: one with seasoned flour, one with an egg and coconut milk, and one with shredded coconut. 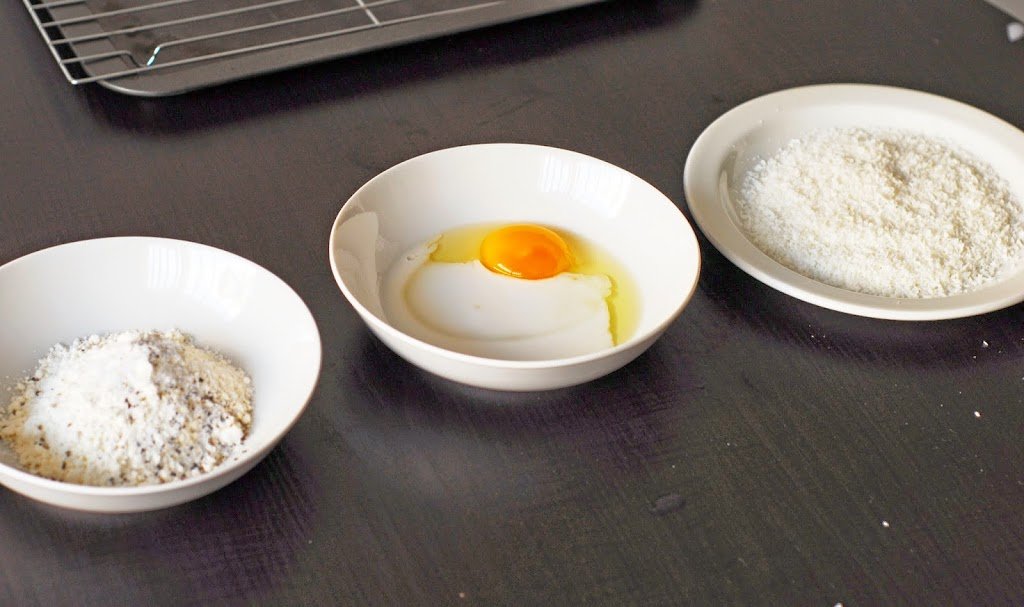 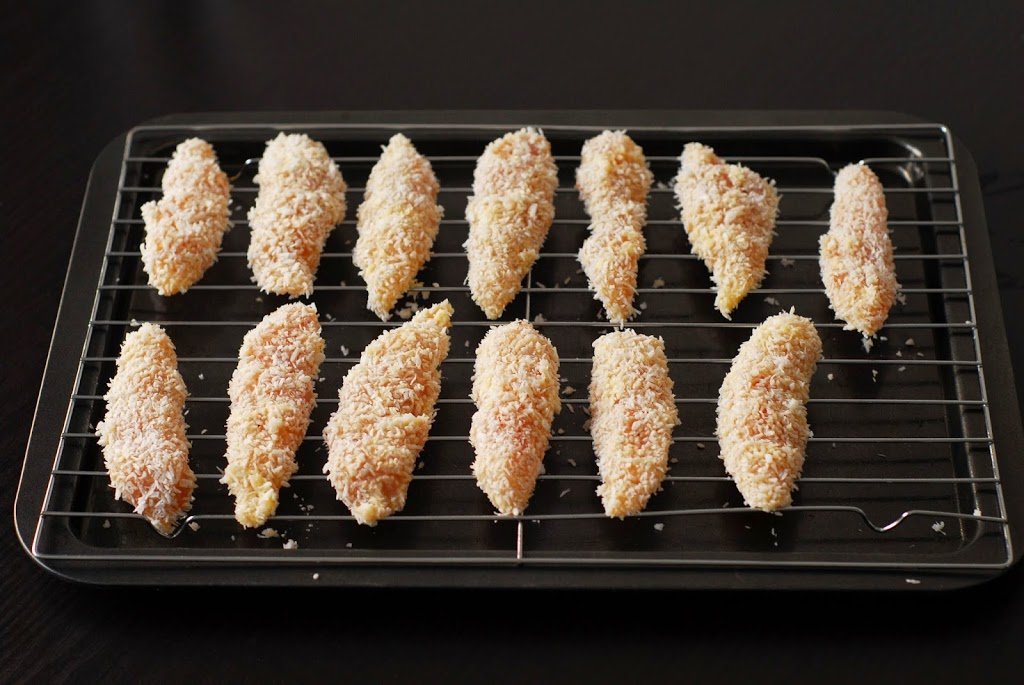 Then into the oven at 400 degrees F for about 10 minutes, then flip the chicken and bake for another 3-5, until nice and golden. 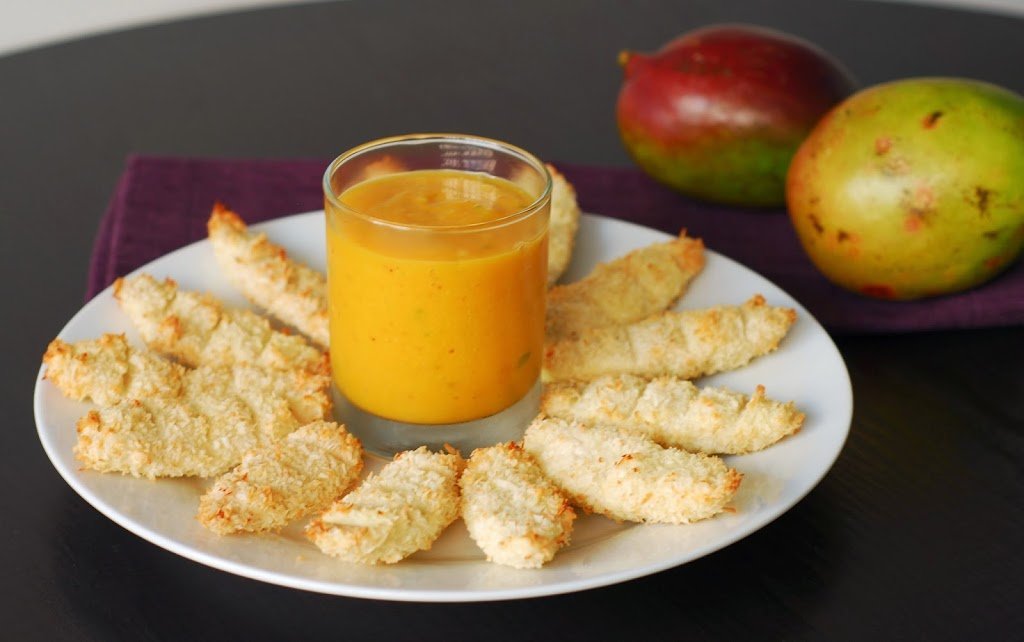 We had ours with spiced coconut rice. I love cooking rice this way: a mix of coconut milk and water, with salt, ground coriander, and turmeric added to the liquid. So tasty! 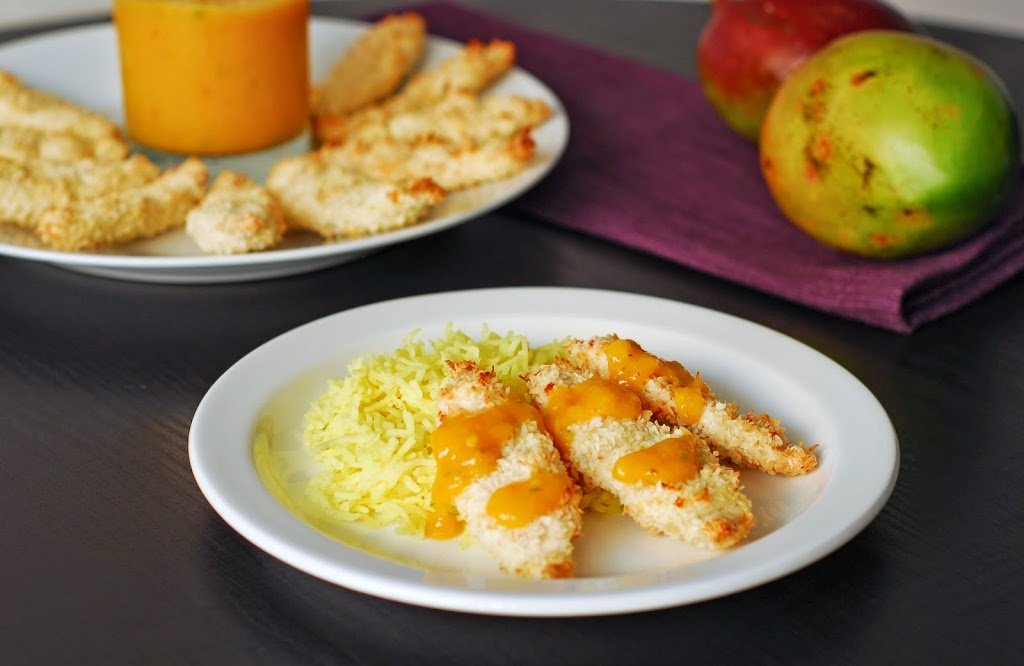 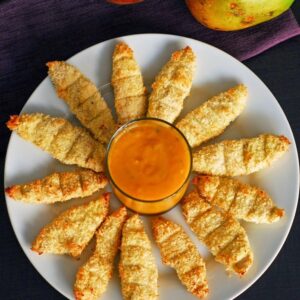 One comment on “Coconut Chicken with Spicy Mango Sauce”