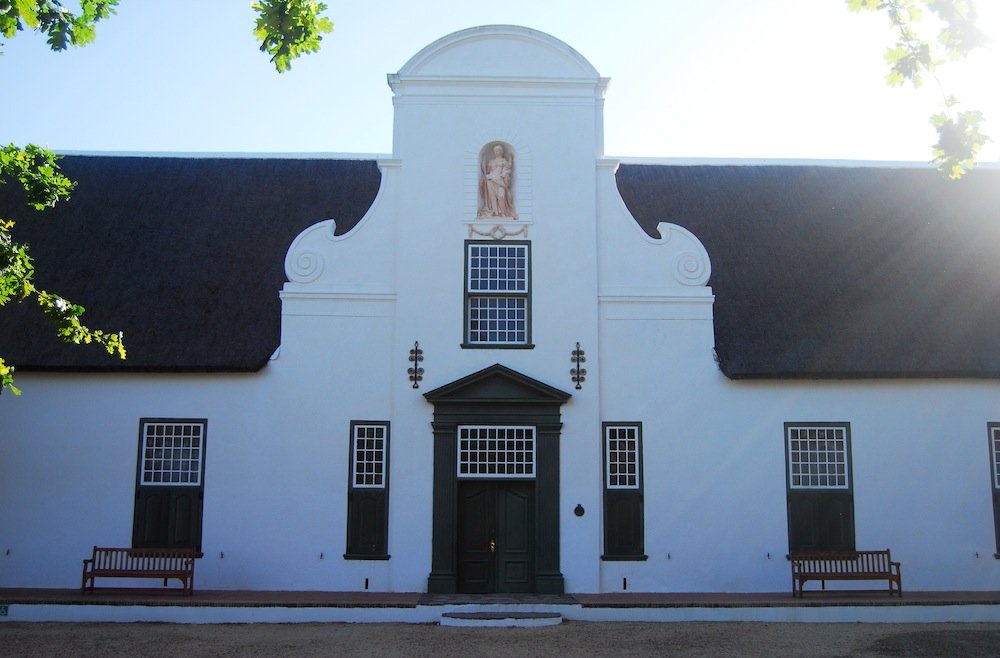 READ THIS BEFORE YOU SCROLL.

HEY. YOU. STOP. Read this first!

There are some pictures in this post that look potentially graphic at first glance. They aren’t actually. This is just a museum, I was definitely not in the room while any surgeries took place. That would be super weird. These photos are just of wax models set up to recreate a significant event. But, if you get the heebie jeebies when it comes to medical stuff, here’s your warning. They really aren’t all that graphic, though.

Aaaaaand now you can scroll to your heart’s (TOALLY INTENTIONAL PUN) content.

Fiance and I spent a day at the Heart of Cape Town Museum because we love museums and this one is very close to our neighborhood. It’s a museum commemorating the world’s first ever heart transplant that took place right here in Cape Town, South Africa.

The story goes that many hospitals around the world were ready to perform a heart transplant, but none were quite “brave” enough to pull the trigger. Conditions for a heart transplant had to be so perfect- a healthy, brain dead person whose family was willing to have her or his heart donated in the same hospital as an eligible recipient- that doctors usually didn’t feel like it was the right time to take the plunge.

And frankly, while these hospitals had the ability to actually perform the transplant procedure, medicine had yet to provide a safe and reliable way to prevent rejection of the transplanted organ in the recipient. Yes, the transplant could be performed, but doctors couldn’t predict how much time that would give their patients.

In perfecting their methods, doctors around the world practiced heart transplants (and other heart surgeries) on dogs. In fact, Christiaan Barnard performed more than 50 heart transplants on dogs before performing the first ever on humans. In the museum, they put together a recreation of a dog in surgery. The museum is in the hospital in the same suite of rooms that hold the surgical theaters that the actual surgeries took place in. 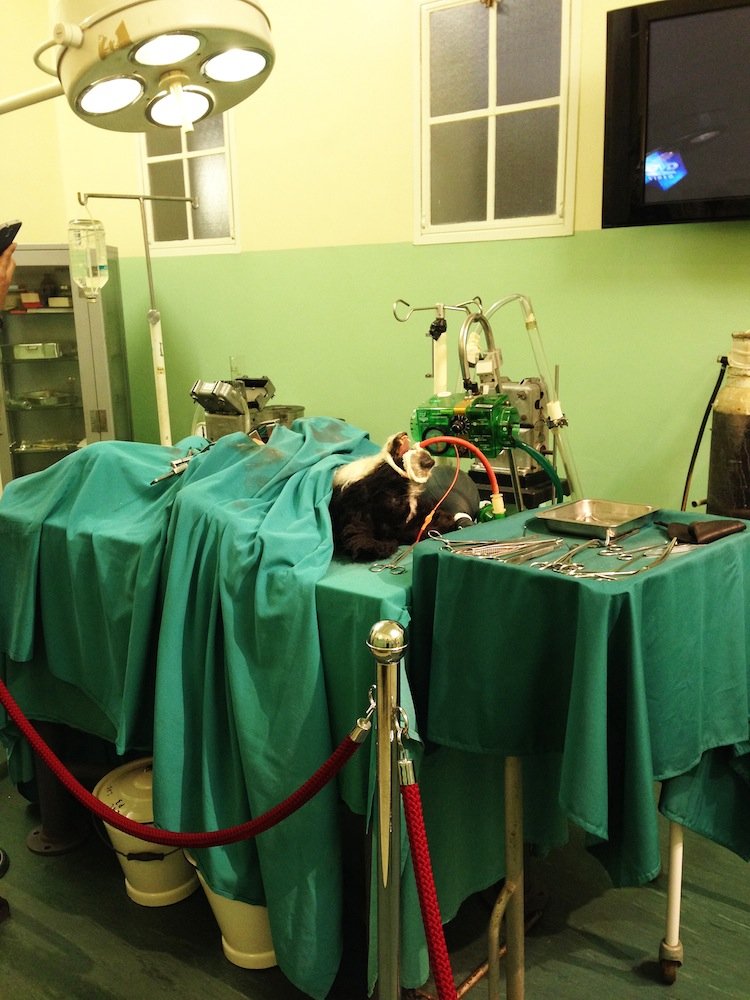 On December 2nd, 1967, a 25-year old woman named Denise Darvall and her mother were hit by a drunk driver while crossing the street after picking up a cake from a bakery. The mother died instantly, but Denise was taken to the nearest hospital, Groote Schuur Hospital, in Cape Town, South Africa. Denise sustained serious head injuries and was declared brain dead. This was controversial at the time because she could technically survive on life support, but she would never regain consciousness. However, her father did give consent for her heart and kidneys to be donated and for her to be taken off life support.

The recipient of the heart was a man named Louis Washkansky. Although he was very active and healthy early in his life, he became diabetic in later years and suffered three heart attacks that led to congestive heart failure. He was hospitalized at the time Denise had her accident.

Denise was in perfect health other than the injuries from her accident, and because she was brain dead but still had a beating heart, she was the ideal donor. After getting permission from Denise’s father and asking Louis if he’d like to be the recipient, to which he very quickly responded yes, Christiaan Barnard went ahead and performed the world’s first heart transplant. Regarding Louis’s no-hesitation response, Christiaan later wrote, “For a dying man it is not a difficult decision because he knows he is at the end. If a lion chases you to the bank of a river filled with crocodiles, you will leap into the water, convinced you have a chance to swim to the other side.” The donor and recipient were in adjacent surgical theaters so they only had to move the heart a few feet. There’s a recreation of this surgery in the museum. 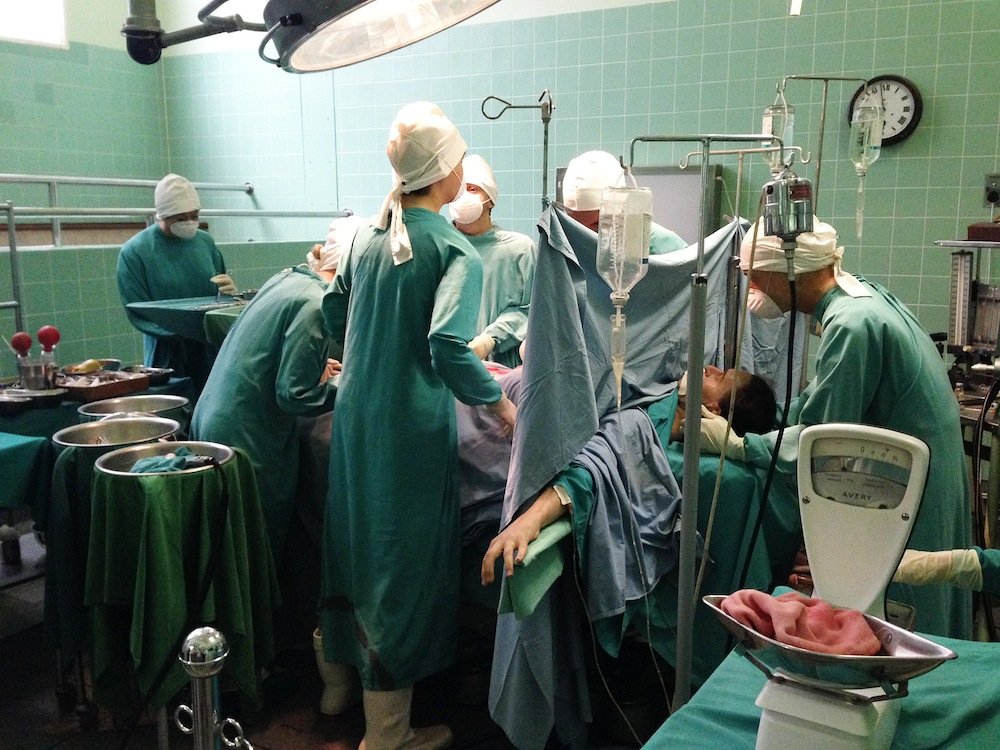 These recreations were seriously lifelike. To the point of being incredibly creepy. I was just a little nauseous through most of this tour. 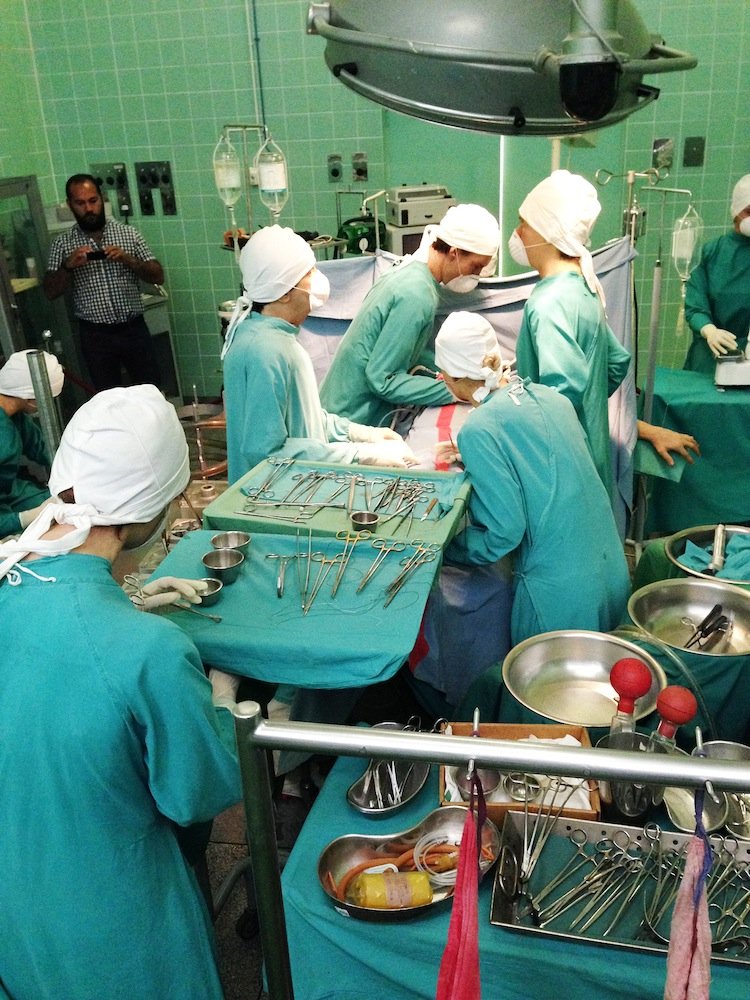 The surgery took nine hours, but was a success! Christiaan said seeing the heart beat in its new home was one of the proudest moments of his life. Less than two hours later, Louis woke up and was talking with his doctors.

In order to prevent Louis from rejecting his heart, Christiaan and his team gave him powerful immunosuppressants drugs and, although he was kept in an carefully sterilized environment, he came down with pneumonia and died 18 days after the operation. Despite this, the transplant was almost universally regarded as a milestone in medical history.

Christiaan, undaunted and eager to perform another transplant, would have more success with his next patient who lived for 19 months following the surgery. A later patient of his would set a record by living 23 years after her heart transplant. Here’s a photo of the recreation of Christiaan at his desk: 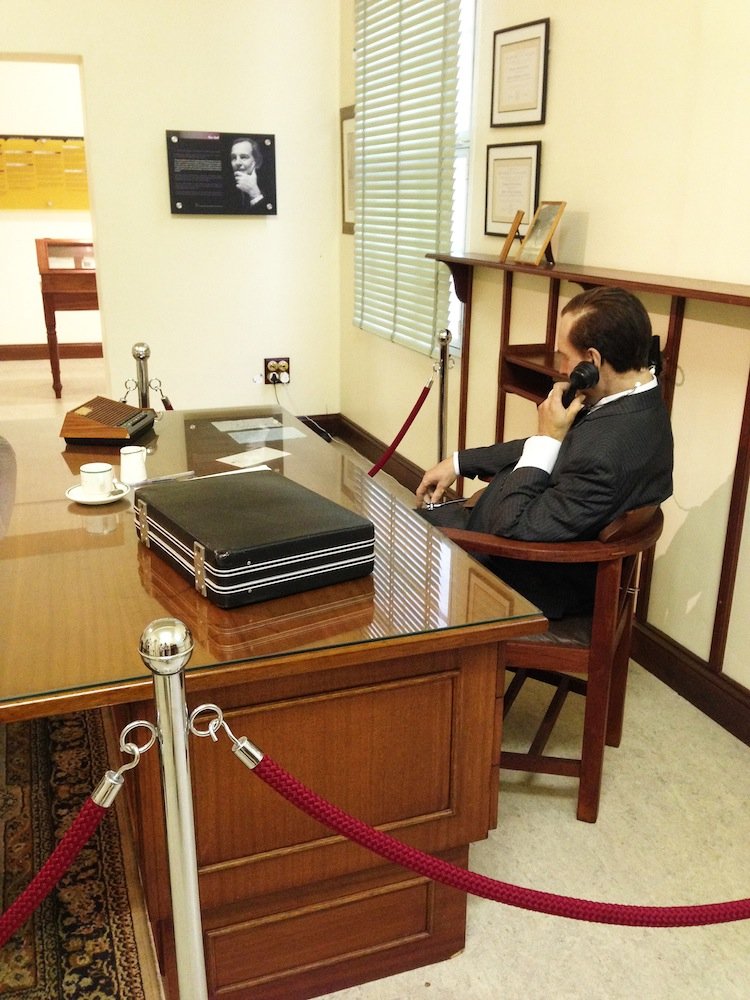 The first heart transplant transplant was major international news. It’s thought that this surgery gave other doctors the courage they needed to start performing it themselves. Just three days later, a heart transplant was performed in Brooklyn, New York. Unfortunately, most patients did not survive long due to negative side effects from the immunosuppressive drugs, and the surgery became very uncommon until better drugs came along.

Although this first heart transplant was mostly celebrated and well-received, Christiaan certainly had his share of critics. Many of the letters he received, including the not-so-nice ones, were on display at the museum. This one made me giggle a bit. Short, sweet, and to the point. 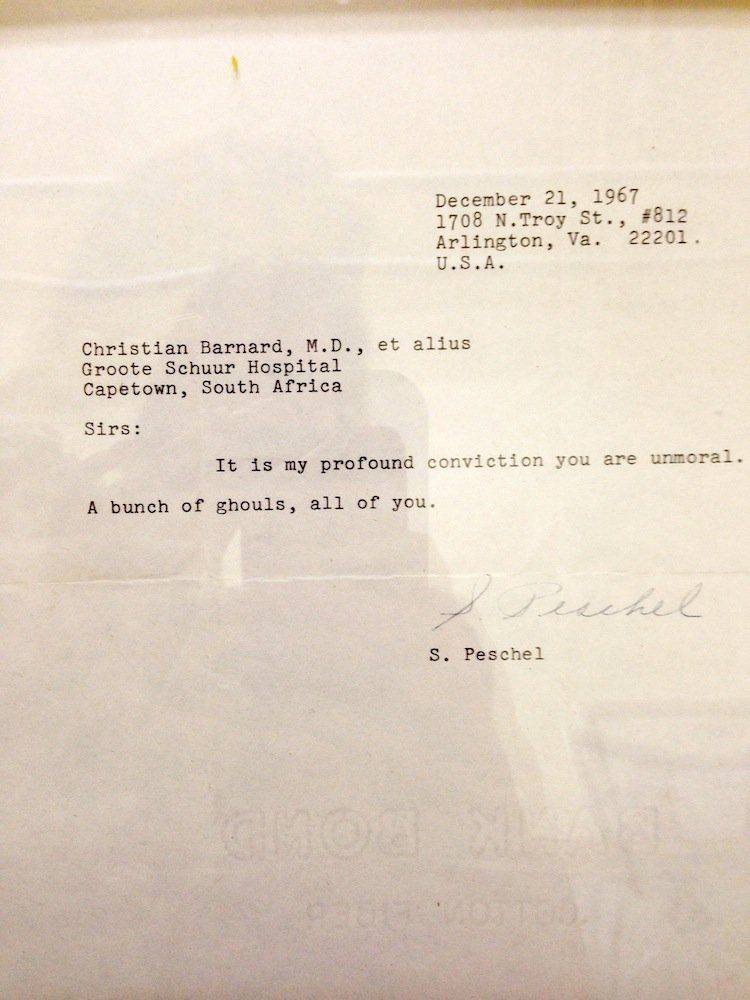 A related story that got a small feature in the museum is of black laboratory assistant named Hamilton Naki. He ended up taking on a lot of responsibility in Christiaan’s laboratory during the time of the first heart transplant, which was a big deal since it happened under the apartheid regime in South Africa. Despite several magazines and newspapers claiming so, he did not actually play a role in that first heart transplant. He got his start doing laboratory work with animals for a man named Robert Goetz. He started out doing tasks like cleaning the animals’ cages and helping to care for them and eventually was administering anesthesia. He even assisted in a surgery on a giraffe “to dissect the jugular venous valves to determine why giraffes do not faint when bending to drink.” Eventually, he began working in Christiaan’s laboratory, where he became the principal surgical assistant. Christiaan said that if he’d had the opportunity to study he would have been a brilliant surgeon. Later, he even did some teaching.

The museum was incredibly well put together. It consisted of a two hour tour that featured two videos and the guide was very knowledgeable. A few things not pictured here were a recreation of Denise’s childhood bedroom and the recovery area for Louis. The fact that it was held in the same rooms where the surgery took place made it all that much more special. I highly recommend making a stop to this museum if you’re in Cape Town! I think it’s pretty cool that this city gets to claim the title “Home to the First Heart Transplant.” Then do what we did and make a stop at Curry Quest in nearby Mowbray to get some seriously tasty bunny chow. If you’re stomach’s doing okay after all the surgical scenes, that is.