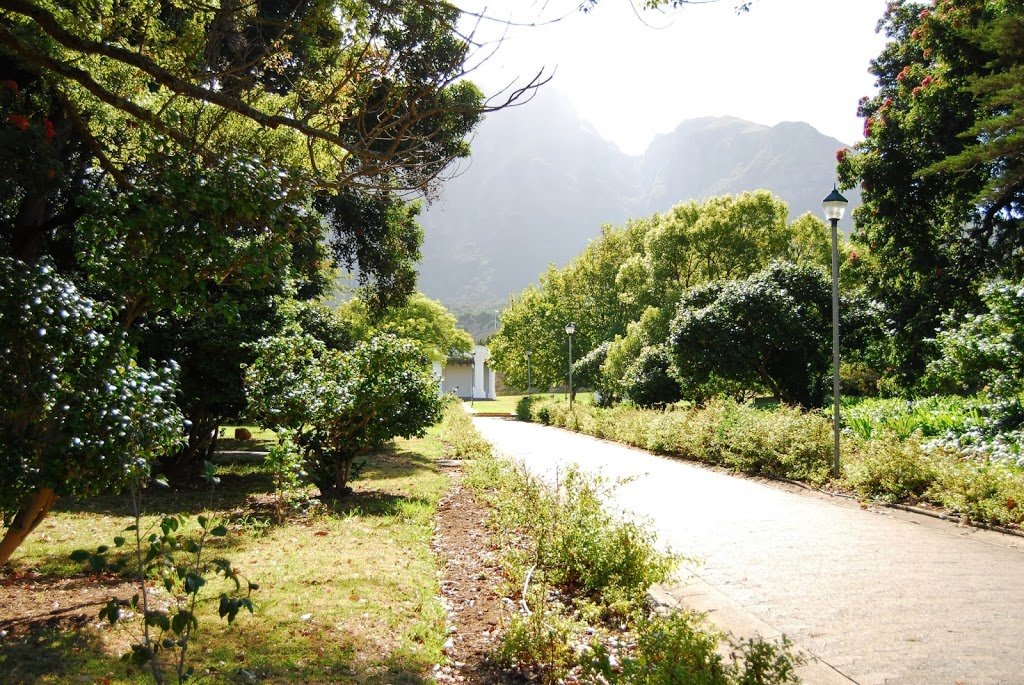 Fiancé and I are pretty much settled into Cape Town. It took us a while to get WiFi established, but it’s finally here, even if it’s awfully spotty and slow. Our dependency on the internet has really hit us as we’ve spent several antsy nights watching one of the four channels we get or come back from excursions with all kinds of questions but no Google to answer them. It’s probably good for us, or something like that.

Besides it taking what feels like years to get internet we can actually use in our flat, here are some of the differences between Cape Town and the States that have been most noticeable in these first few days.

1. Our electricity is pay as you go. This was really odd, I’d never even heard of it being an option. Our landlord moved us in and showed us the meter in our apartment. She told us we might have enough to get through the night. At this point it was about 7:30 p.m. and that didn’t inspire confidence. She explained that we can buy electricity at the check out at most local grocery stores. Bizarre. So we made our way over to Pick n Pay and bought about $20 worth of electricity. She asked for our address so we just assumed it would somehow magically happen. After being back for about a half hour and not seeing any updates, we realized it wouldn’t be that easy. So, we poked around the meter and took a look at the receipt. We figured out how to enter a pin number on the receipt into our meter, and, what do you know, we suddenly had 153 kWh of electricity, much better than the daunting 14 kWh we’d had at first. People here are very careful with their electricity, which is nice. Every single individual outlet in our flat has an off switch, so we’re able to control our usage.
2. Cell phone plans work differently here. Again, pay as you go. Unlimited, unlimited, unlimited is not a theme here. We were planning on doing a pay as you go cell phone plan anyways, but it was interesting to find out that this is the norm here. And again, you can buy minutes, data, and SMS (not “texts” here) in the check out line at most grocery stores.

3. People drive very, very aggressively. Admittedly, Fiancé and I are from Portland which is notorious for our amicable, polite, non-honking drivers but to me this feels over the top. People float between lanes, honk constantly, and drive incredibly fast. Fiancé and I are renting a boat of an old Benz, and the poor thing takes quite a while to get up to speed. It also takes several attempts to get the thing started. It doesn’t fit in very well with all these other cars.

4. Wine, beer, and liquor are relatively inexpensive. No complaints here.

5. It’s very common to only have a washer, no dryer. Luckily the heat and constant breeze dry our clothes really quickly, but again, something new!

6. There are no Ziploc bags! I’d actually read on a travel website that some countries don’t have them, but hadn’t taken it all too seriously. It’s totally true. I’m trying to figure out how people freeze things around here, because I’ve always been so dependent on freezer bags… This is tough. And, for the record, I’ve checked three different grocery stores. I’m hoarding the ones we brought.

These are only minor day to day things, and I’m sure we’ll notice more. Something more general is that we’ve noticed is things move at a slower pace here… From eating at a restaurant to getting all important services like internet access (!), people take their time. Again, it’s probably good for us to spend a little while living this way. Or something like that.