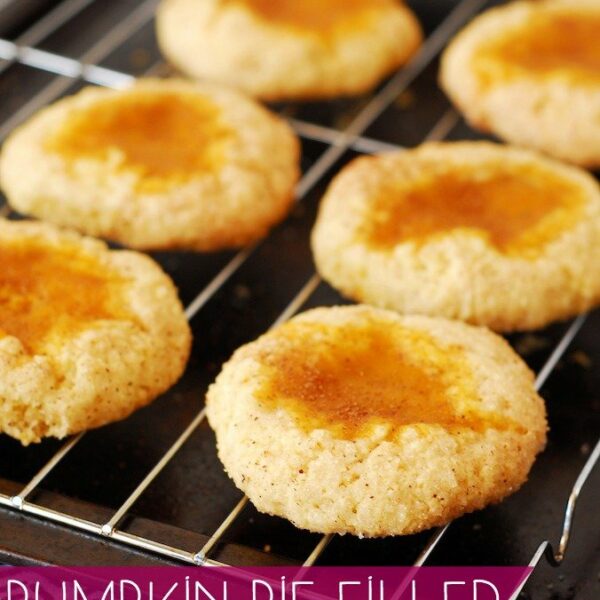 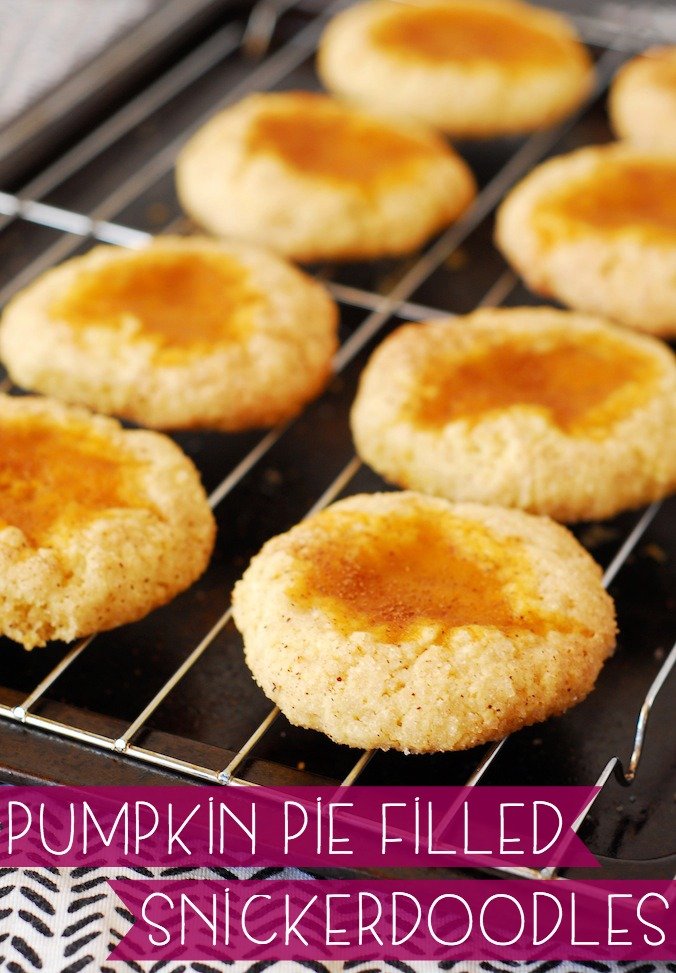 I had to sneak in one more pumpkin recipe before they are no longer appropriate. They’re technically good until Thanksgiving, right? Right.

Pumpkin and butternut squash are both big vegetables here in South Africa. Roasted pumpkin is a very common side dish, in fact. So you’ll probably be as surprised as I was to find out that canned pureed pumpkin (or butternut squash, for that matter) is nowhere to be found at my local grocery store. Fine, fine, force me to use fresh ingredients and not be so lazy! Really, it’s no big deal to puree pumpkin yourself. They had pre-peeled and cubed pumpkin with the produce, so I was still able to be pretty lazy. I just boiled it for about fifteen minutes, then pureed it with my immersion blender. No biggie! And it’s a much brighter, fun orange than the canned stuff. 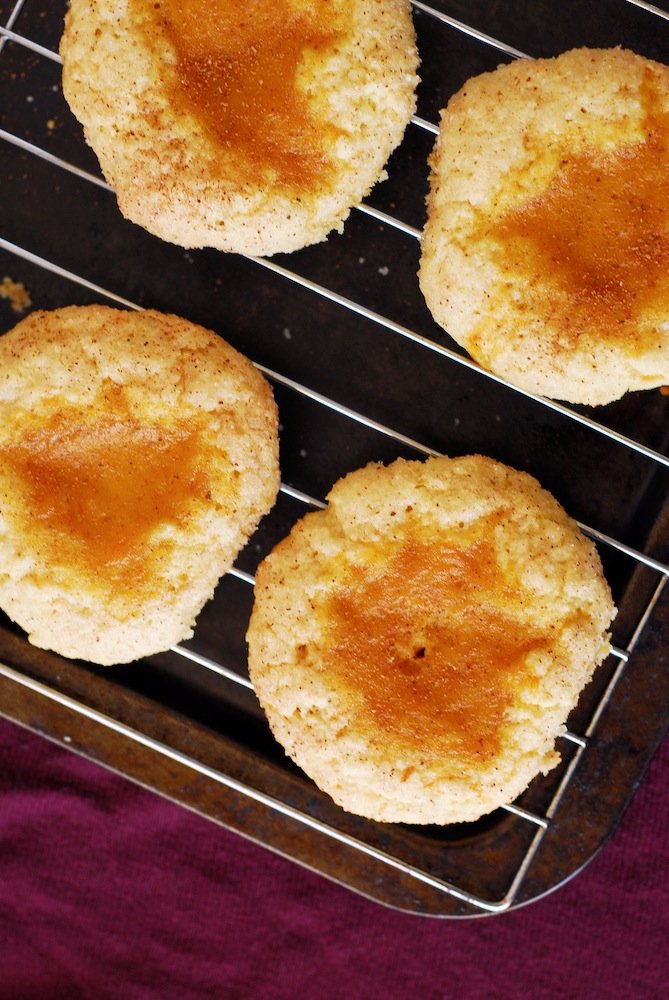 The texture is exactly like a pumpkin pie. Usually I like my snickerdoodles to be on the softer side, but I baked these a little longer to make them feel more like a “crust” encasing the pie. 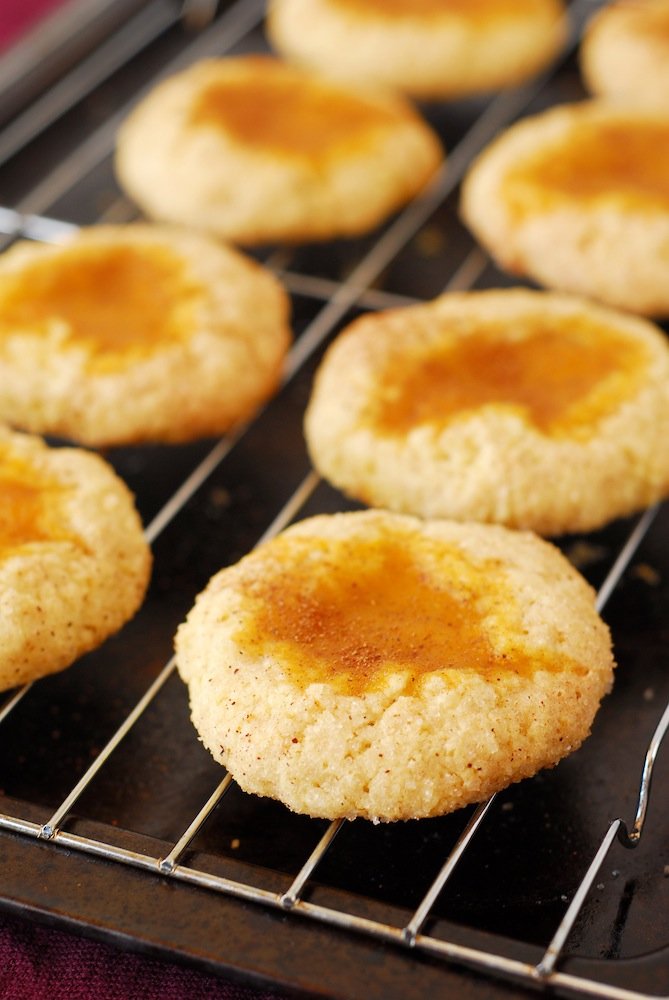 These pumpkin pie filled snickerdoodles are like single serving pumpkin pies, but you get a bonus cookie. Totally perfect for fall parties! And really, not all that hard to make, even if they do take a little longer than plain ol’ snickerdoodles. You will love them! 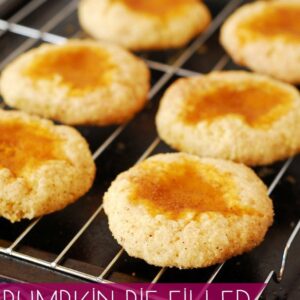 Course: Dessert
Author: Chelsea Cole
Did you make this recipe?Mention @aducksoven on Instagram or tag #aducksoven.