The Oregon Ducks won the Rose Bowl on Monday! Yaaaaaaay!

Finally, I can stop hearing “The Ducks haven’t won a Rose Bowl since 1917!”

Finally, I can stop hearing “The Ducks can win the little games, but they can’t pull through on the big ones!”

Finally, I can stop hearing… Washington and Oregon State fans speak in general.

My Ducks had two rough losses this season, both to excellent teams, but winning the Rose Bowl was such a fantastic way to end the season. The game was very competitive- both teams looked great. But the Ducks were just that much better. And it wasn’t just thanks to the guys you usually here about. Congrats to Kiko Alonso, Lavasier Tuinei, Dewitt Stuckey, Michael Clay, John Boyett, and the rest of the team! I’m somewhat heart broken that it was the last time I’ll see LaMichael James in a Ducks jersey, but I’m also very excited to watch his future career in the NFL.

And DeAnthony Thomas, thank you for being freakishly fast.

Please forgive me for not giving you a complete blog post. And please think things through more carefully than I do. I will try to work on my completeness.

Anyways, down to the food. This recipe was inspired by the Pioneer Woman‘s Hot Artichoke Dip. I got her cookbook from my brother for Christmas and have been completely enamored.

Start by roughly chopping up some spinach. Emphasis on the “roughly”. 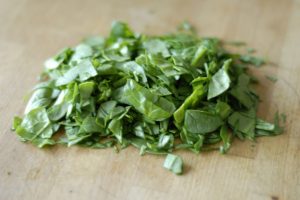 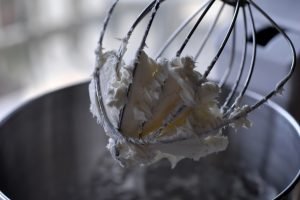 Then add some mayo (the real stuff!) and whip some more.

Add some cheese… And by some, I mean a lot. Too much, arguably.

Finally, add some salt, pepper, minced garlic, and the spinach. Whip some more until well combined then spread into an oven safe dish. 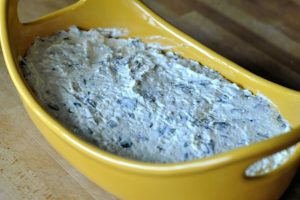 (This is where there should be a picture of perfectly baked hot spinach dip, but I have failed you. I’m so very sorry.)

I did snap one photo of my coffee table during the game, and you can see the spinach dip in the background. 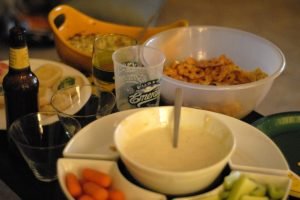 See? It’s back there. Behind the Oregon beer glass and bowl of pretzel chips. You’ll also notice a Deschutes beer and Eugene Emerald’s cup, because we love our local merchandise.