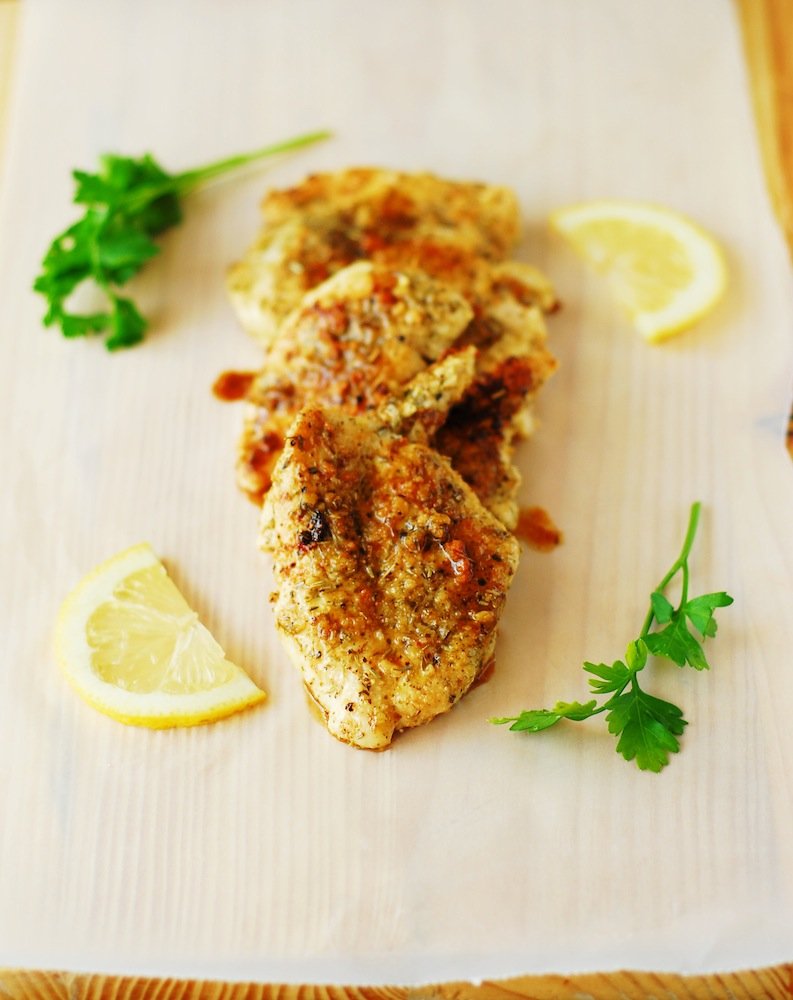 I’ve been making this chicken for years. This post is actually a redo of a much earlier post, because the photos made the chicken look not so tasty and I’ve picked up a few more hints and tricks to make the chicken quicker and better.

I originally would dredge the chicken in flour, which you can totally do. It definitely gives it a bit more of a crust. I’ve stopped just because it doesn’t do a ton for us and I’m trying to cut calories where I can (14 months until wedding!!! And only six until wedding dress shopping… I need to get a move on).

I’m using cutlets in this post, but I’d usually use breasts that I cut in half to thin. Season one side of the chicken with mixed herbs or Italian seasoning, lemon pepper, salt, black pepper, and garlic powder. Yep, just the one side. Please, please make sure you aren’t using garlic salt. Otherwise you will have some grossly salted chicken. 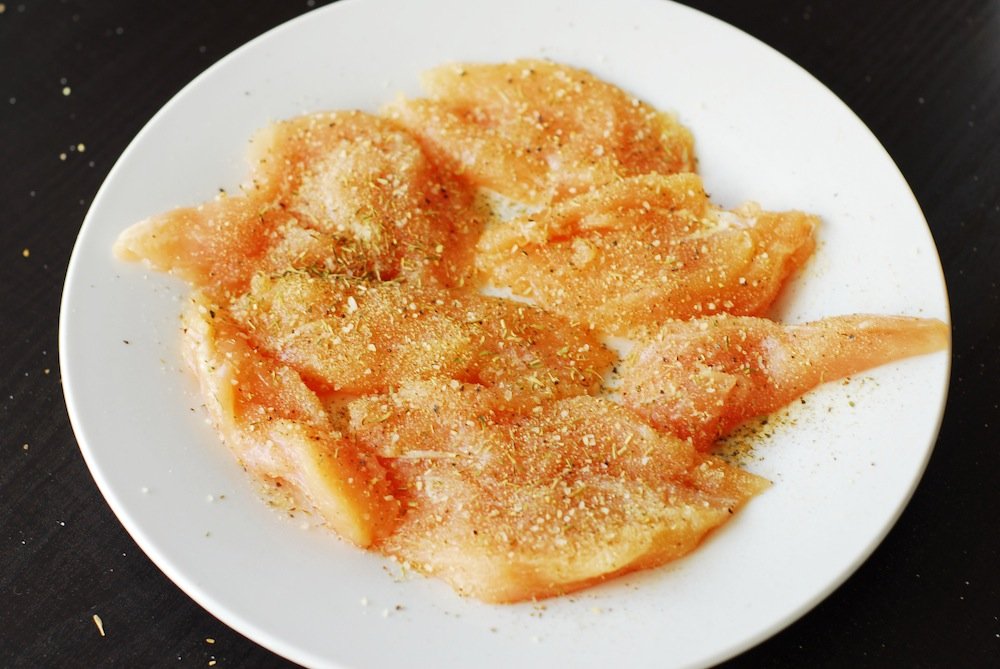 And then we bring out the garlic. Saute plenty of it in lots of olive oil in a skillet. Yes, I’m using jarred mixed garlic. Yes, I’m lazy. Yes, I know that fresh garlic cloves are a million times better. But, this is one of my favorite dishes to make because it’s easy and it still tastes amazing. 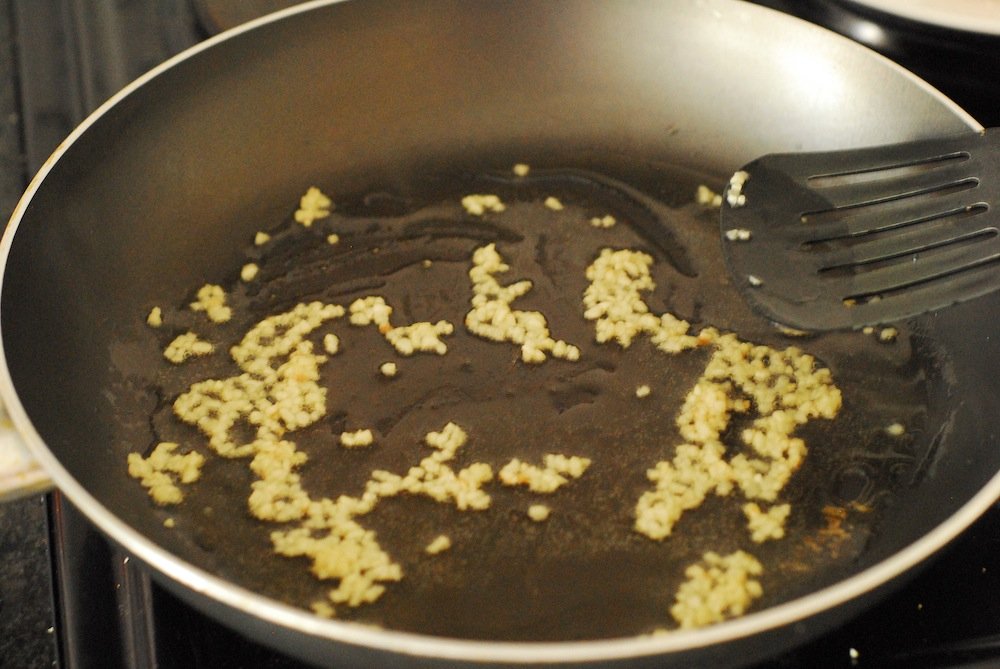 Once the garlic is barely brown, add the chicken seasoned side down. Then season the other side. I think this is brilliant because you don’t lose any seasoning while flipping. And again: lazy. 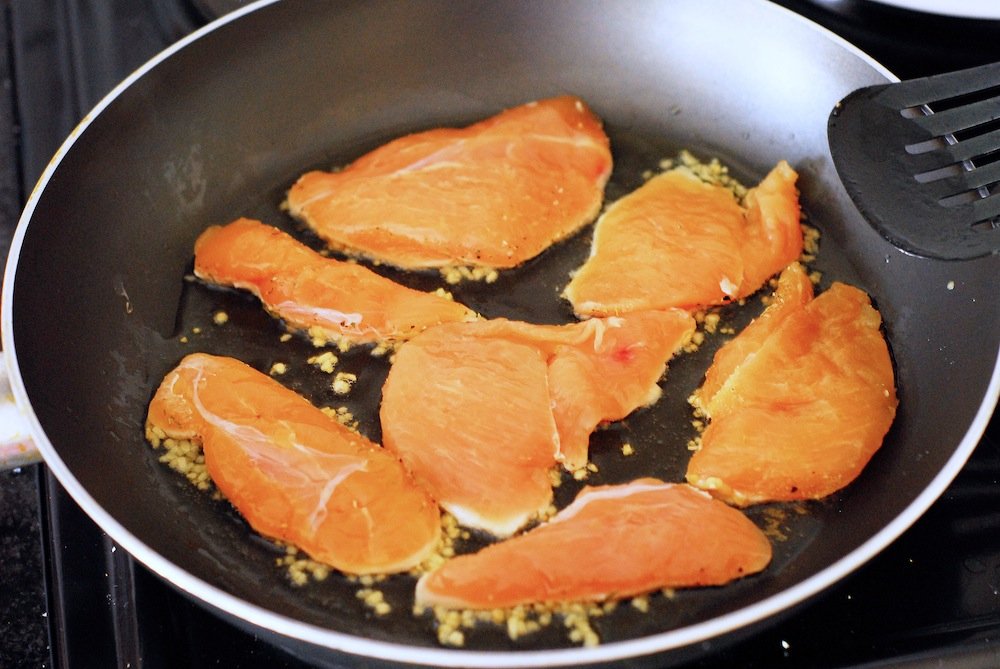 Flip the chicken once it’s just started to brown. Then season yet again, but drop the salt and pepper this time.

You’re going to flip and season two more times, but these last two you’ll add a few squirts of lemon juice to brighten it up. 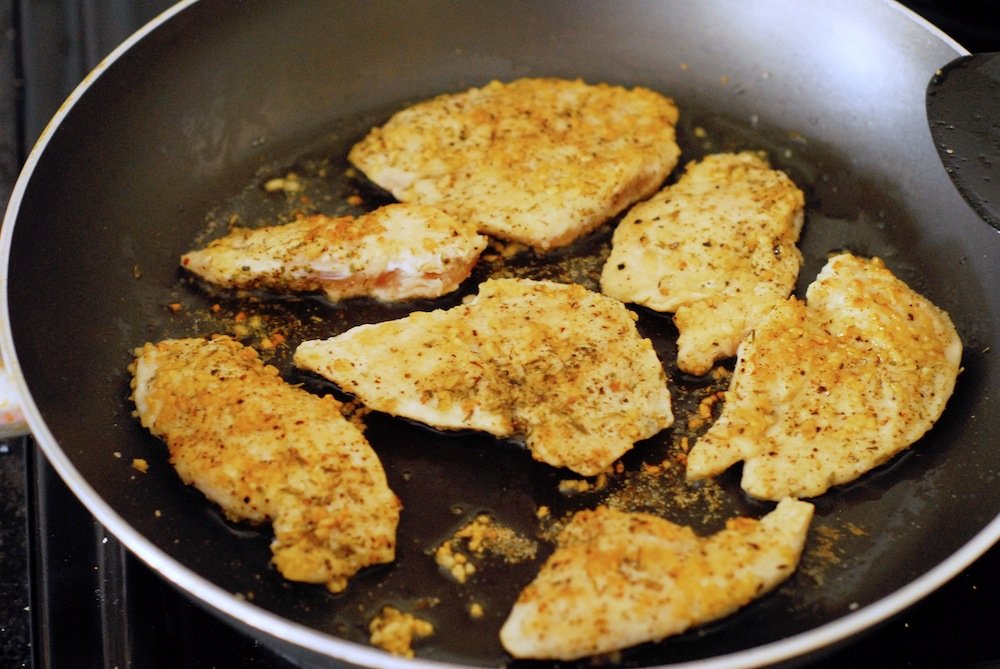 If you want, you can stop here. But after I’d made this a few times, I got sad about the glorious garlicky seasoned olive oil that got left behind in the skillet. So now I deglaze the skillet with a little white wine and add some more lemon juice and a little butter to make a super tasty pan sauce. 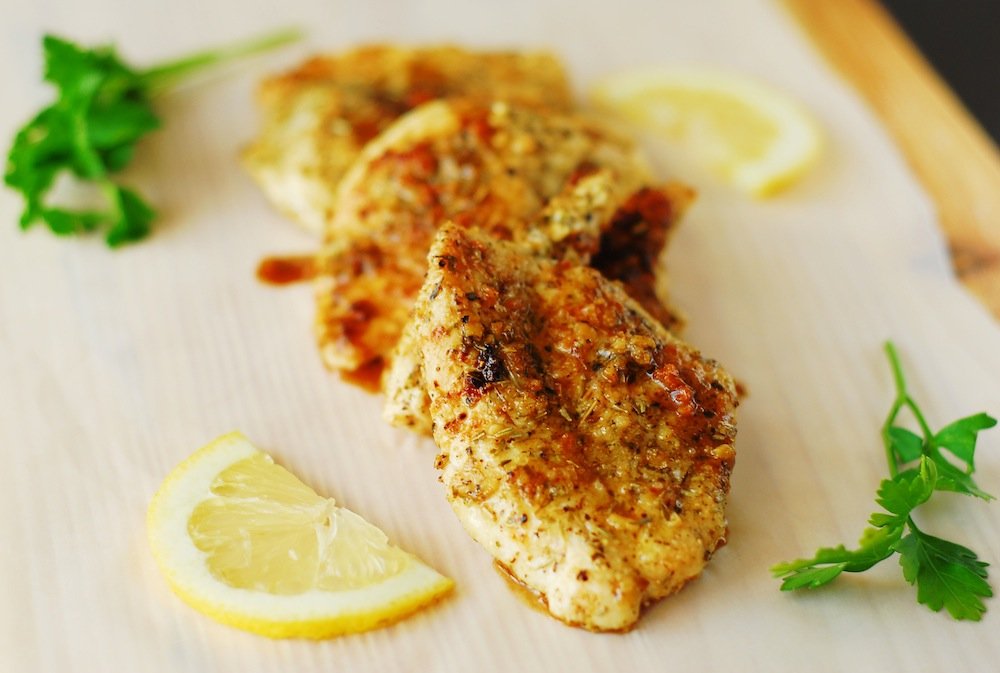 My favorite way to serve this is with a heaping pile of fresh veggies and mashed potatoes, but I also love it over pasta- the aforementioned pan sauce makes a great sauce for the pasta noodles. This chicken is so easy and packed with flavor. I’ve made it for tons of people and gotten rave reviews!