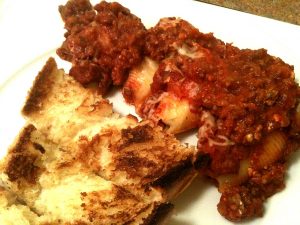 This weekend, I discovered the Pioneer Woman’s blog. Well, not discovered, but I sat down and read it for the first time, whereas I had just stumbled upon recipes before. Oh man. I probably spent 3 hours reading recipes. This was my Saturday night, by the way. My fellow college students were probably out seeing just how much alcohol they could possibly pack into their stomachs before killing themselves, especially after the amazing game we had Saturday, and I was reading recipes, because I’m cool like that. Anyways, among the many recipes that I bookmarked was this incredible recipe for stuffed pasta shells, which I’ve never made before. It just sounded so good, especially with meat sauce! So that was the next day’s dinner, served along side the Pioneer Woman’s special bread.

Unfortunately I had to make this a little more college student budget friendly, so it’s not quite as fantastic as the Pioneer Woman’s. Why is cheese so freaking expensive?! It’s not fair, I love cheese, especially fancy cheese. So instead of buying blocks of Parmesan, Romano, and provolone, I bought an Italian cheese shredded blend, which includes all of these cheeses but at a much more reasonable price than had I purchased a block of each. I did buy a little tub of ricotta- there’s no getting around that. I also got a box of jumbo pasta shells and a loaf of french bread. I had all of the other ingredients, so this cost about $10 with lots of leftover cheese and pasta shells, and fed us both dinner and lunch the next day. You could definitely get two dinners out of this, minus the french bread because around here that’s the first thing to go, so it’s relatively economically friendly. Also- I apologize, I didn’t do a great job on the pictures this time. Not that my pictures are good or anything, but still.

Start by boiling the shells for half the recommended time. You want them to be pliable, but certainly not done since you’ll be sticking them in the oven later. 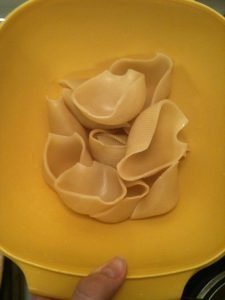 Brown the beef (or sausage, or skip this altogether if you don’t want a meat sauce) in a large skillet. Drain off any excess fat. 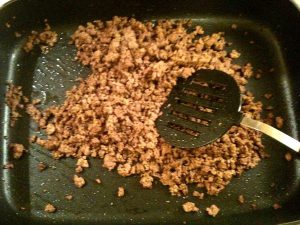 Return to the skillet and add onions and garlic. Cook until onions have softened, just a few minutes. Add the tomato sauce and some red pepper flakes if you’re into that kind of thing (we really are). Cook for 20 minutes or so. 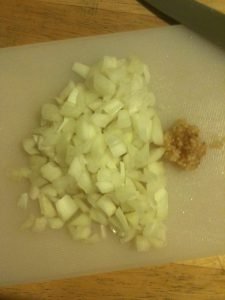 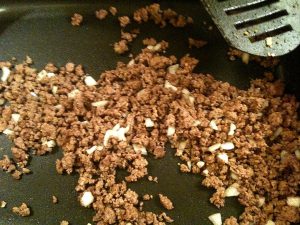 While this is cooking, combine the cheese and basil in a bowl. You can begin stuffing the shells if you like. 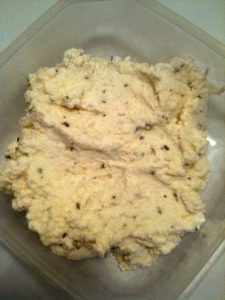 (This is where I totally forgot to take pictures. Pretend there are photos of me stuffing the shells right here.)

When sauce is done cooking, spoon a layer of sauce into the bottom of a 9×13 inch baking pan. 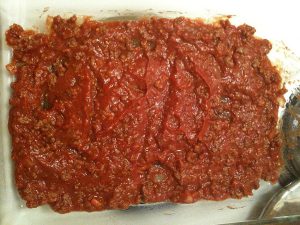 Place the shells seam side down onto the sauce. Spoon remaining sauce over the shells. Sprinkle with extra cheese. 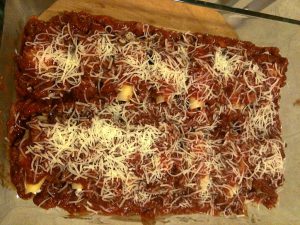 Bake in a preheated oven at 350 degrees for 20 minutes. 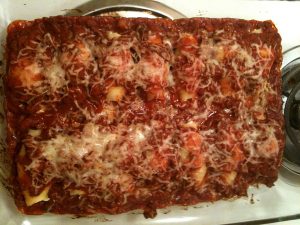 Serve with some yummy crusty french bread, such as the Pioneer Woman’s special bread or some garlic butter bombs. 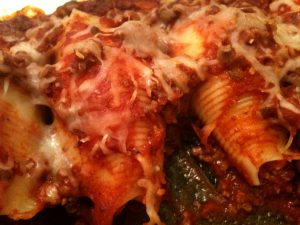 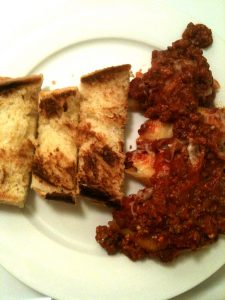 This was so good. The shells were very filling- I only ate four and was done. My boyfriend usually isn’t a big fan of ricotta and he gobbled these right up. They were seriously awesome, and relatively easy, if just a bit time consuming.

Directions
Cook the pasta shells in boiling water for half the recommended time. Drain and set aside. Brown the ground beef in a large skillet. Drain off excess fat and return to skillet. Add onions and garlic and heat until onions have softened a bit. Add the tomato sauce, salt, and pepper flakes if ya like. Cook for about 20 minutes. Preheat an oven to 350 degrees. While it’s cooking, combine the cheeses, egg, basil, and salt and pepper. Begin stuffing the shells with the cheese mixture. When the sauce is done, spoon enough into a 9×13 inch baking dish to cover the bottom. Place the shells seam side down on the sauce and spoon the remaining sauce over them. Bake for about 20 minutes. Serve with crusty french bread, and enjoy!