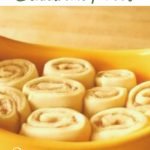 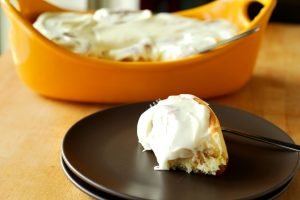 Cinnamon rolls are well-loved, but rarely made around here. They are an exciting, special breakfast treat that should only be made once in awhile, to Boyfriend’s great dismay. I say this because they’re time-consuming and not exactly friendly on the waistline.

But they’re so, so good. Seriously, is there anything better than a warm cinnamon roll, oozing with butter, slathered with sugary cream cheese? No. And if you say otherwise, you’ve obviously never had a good yeast cinnamon roll. I’m just sayin’.

I used Paula Deen’s recipe to make the dough, but I have my own way of doing the filling and frosting. I’m a rebel that way.

How to Make Yeast Cinnamon Rolls

So I whipped up the dough, then rolled it out about a 1/2 inch thick. 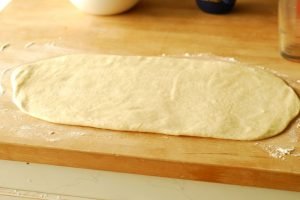 Anywho. Softened butter is mixed with brown sugar and cinnamon and spread all over. I could eat this stuff by itself. But I won’t, because I understand that would be socially unacceptable. This would be the time to add pecans or raisins if you like it like that. 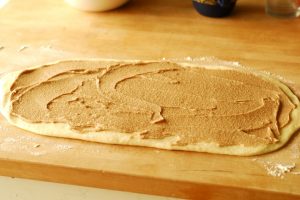 Then roll it up! I find this part to be the most challenging and I tend to work pretty slowly and precisely. Whatever gets the job done! 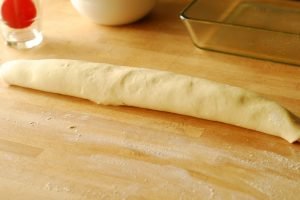 Then cut the roll into 1 1/2 inch thick discs. This is easiest if you use a very sharp knife. I always, always, always underestimate the size of the dish I need for this. You’ll want a 9×13 inch dish. Got it? 9. by. 13. inch. I know it doesn’t look like you have that many rolls, but they will grow a lot before they go in the oven. 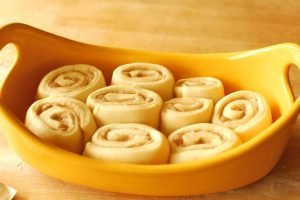 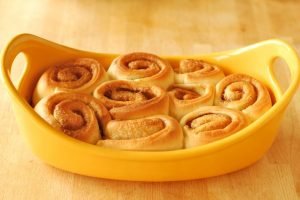 And when they’re done, you get to do the best part of the whole process: frosting! As long as you didn’t eat it all before they were done. I couldn’t blame you if you did. 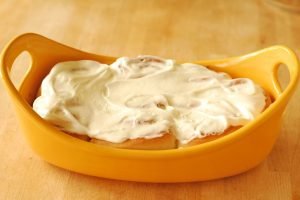 Pour yourself a nice big cup of coffee, and enjoy! 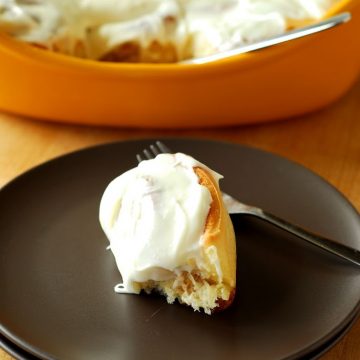