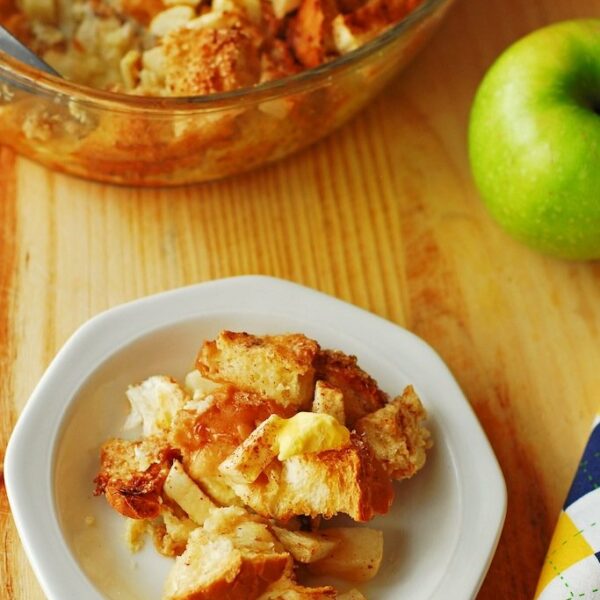 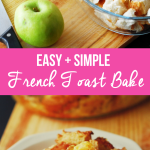 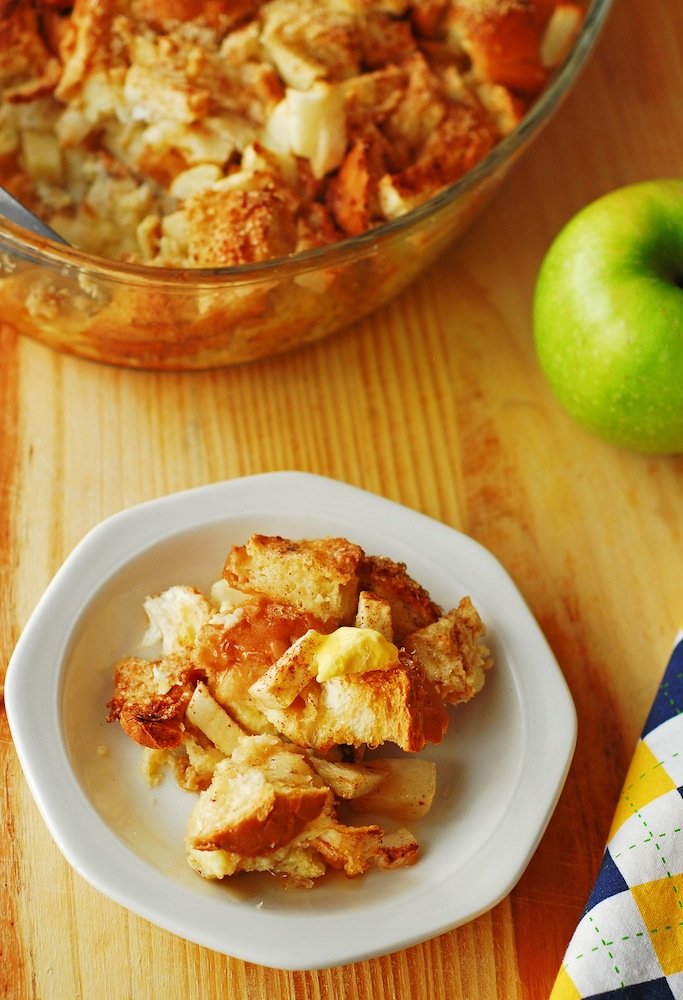 Fiance and I really love breakfast. This is a much more recent development for him, since in high school and through college he got up as late as he could, only sparing enough time for a five minute shower and leaving a whirlwind of “WHERE’S MY BLUE SHIRT?!” chaos in his wake. I’ve always enjoyed a slower morning and giving myself plenty of time to enjoy a cup of coffee and for the six outfit changes that will inevitably take place. Does anyone else find that the adorable outfit they’d planned out while in the shower turns out to be awkward and awful on? I have to say I’m glad that he now enjoys spare morning time as well, not that he doesn’t still push it occasionally.

We have a few breakfast staples, like oatmeal with fresh fruit, peanut butter toast, and fried eggs over a potato hash, but it’s fun to make a breakfast treat like scones or this tasty french toast bake every once and awhile.

It starts out with a loaf of challah bread, preferably a day old. Make it easy on yourselves and grab it from the store. 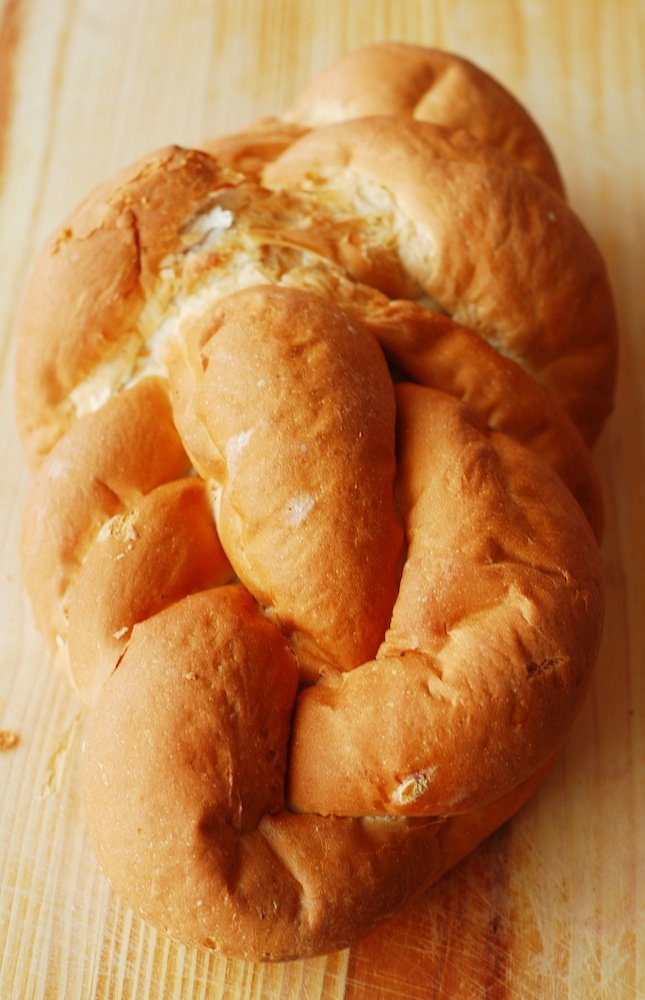 Then some beautiful Granny Smiths. You will never find me baking with any other apple. They’re also our favorite to snack on, with a generous helping of peanut butter. 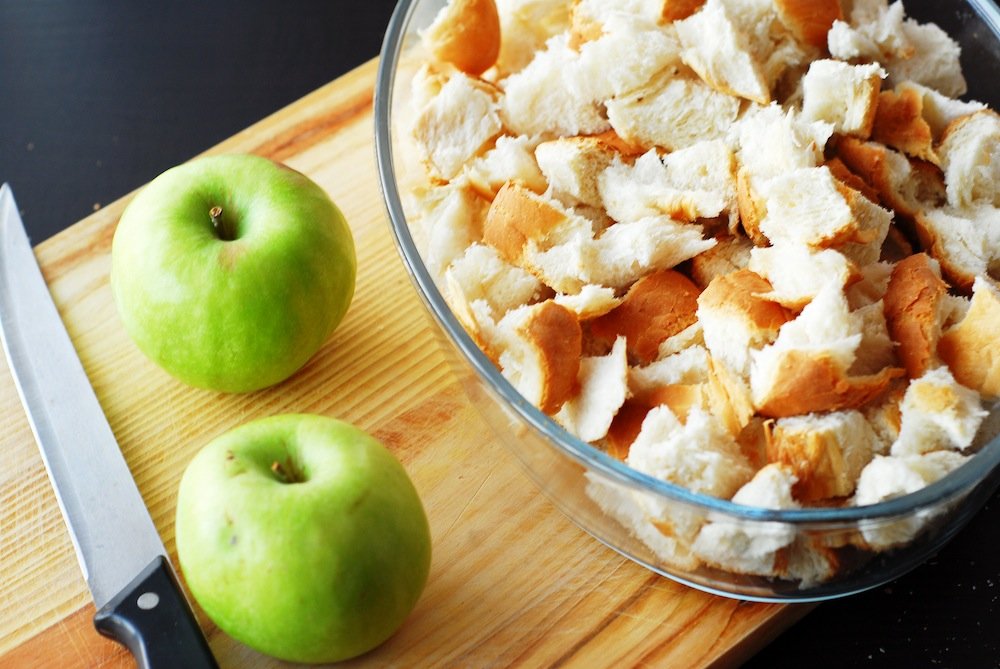 Whisk up some eggs, milk, cinnamon, mixed spice, salt, lemon juice, and vanilla, then toss it in a nice big baking dish with the bread and apples. Sprinkle some raw or brown sugar over the top with some more cinnamon. 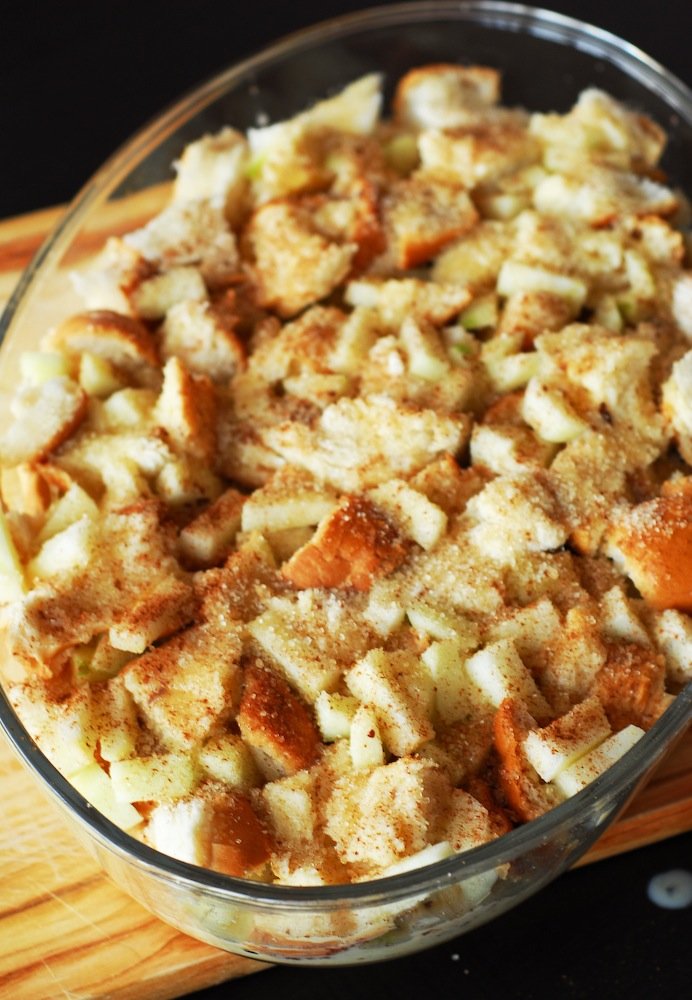 Then bake the beautiful thing until the top is golden and a little crunchy and the inside is custardy and delicious. 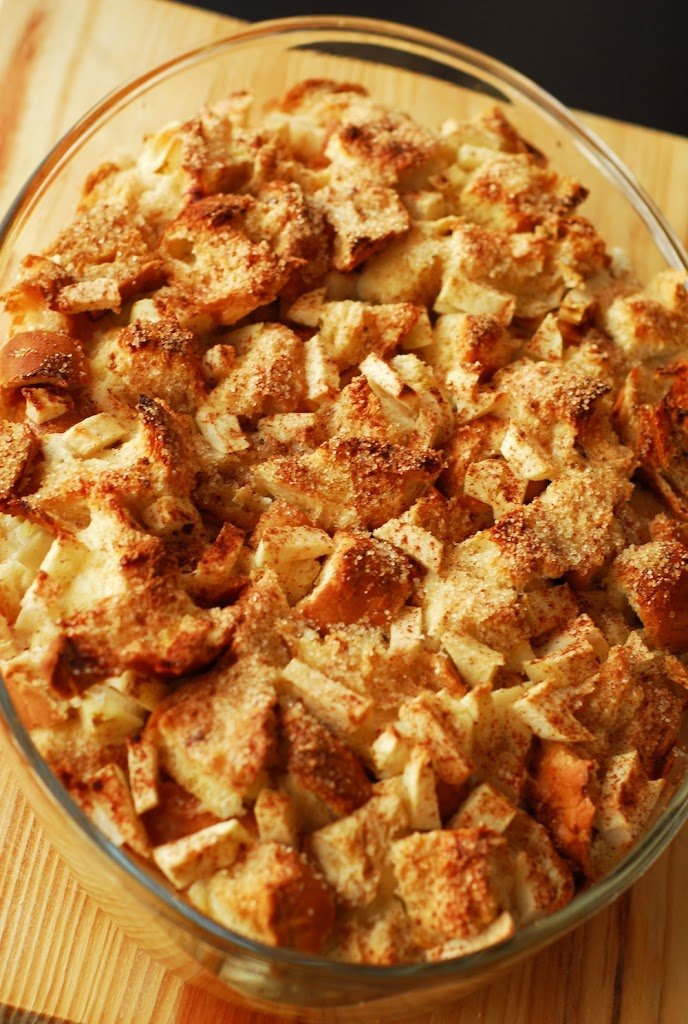 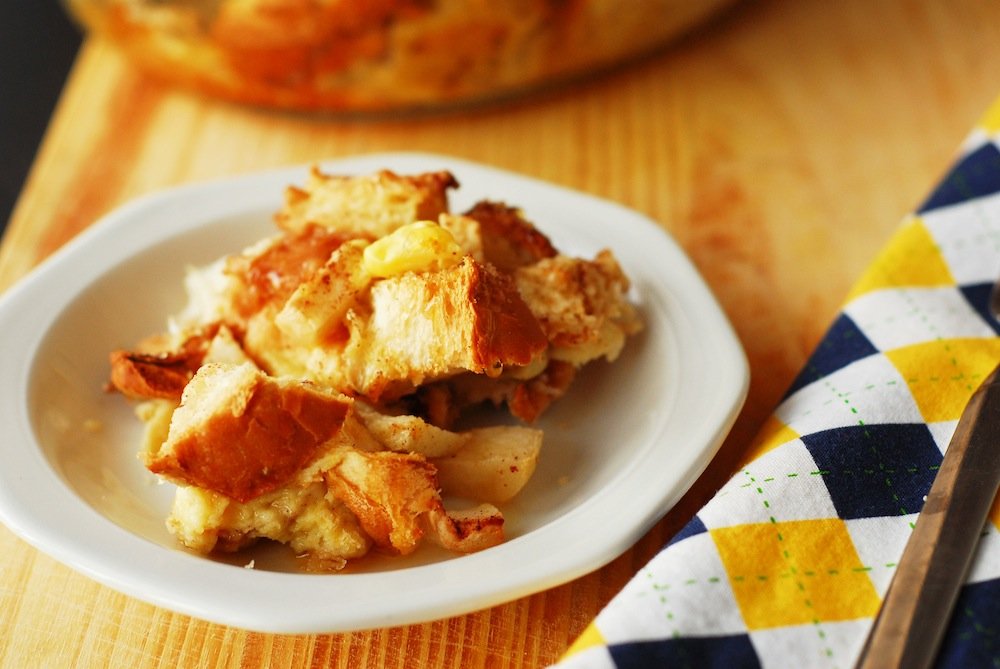 Oh, and cover it with plenty of maple syrup. I also thought honey might be a tasty topping. A little butter never hurts if you’re feeling real adventurous. 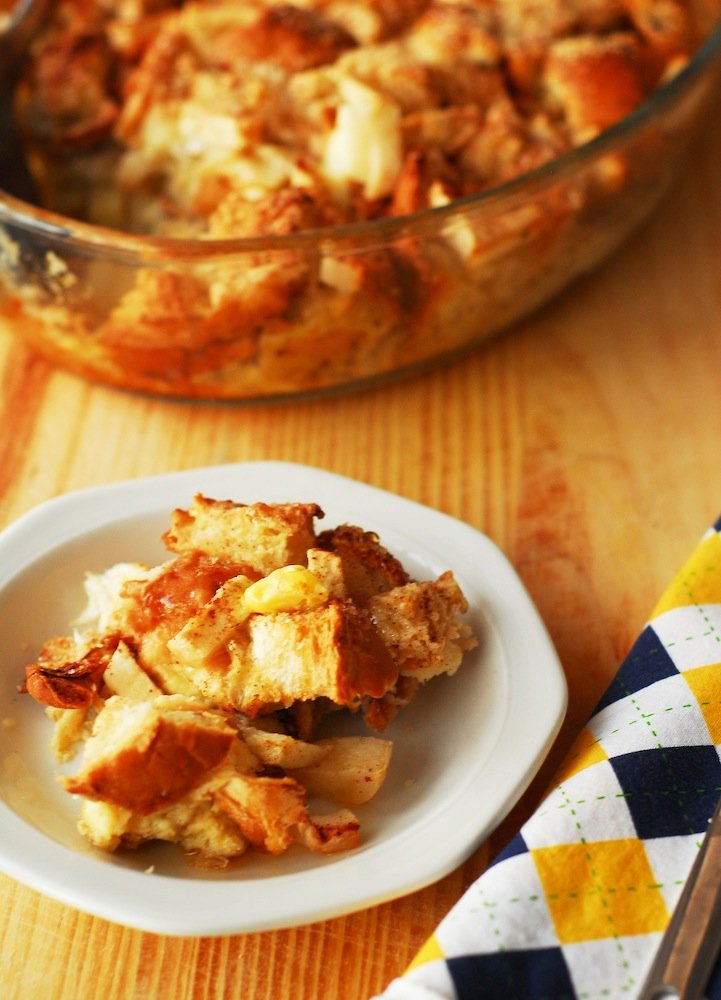 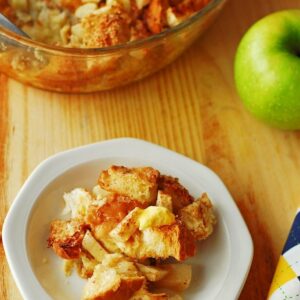