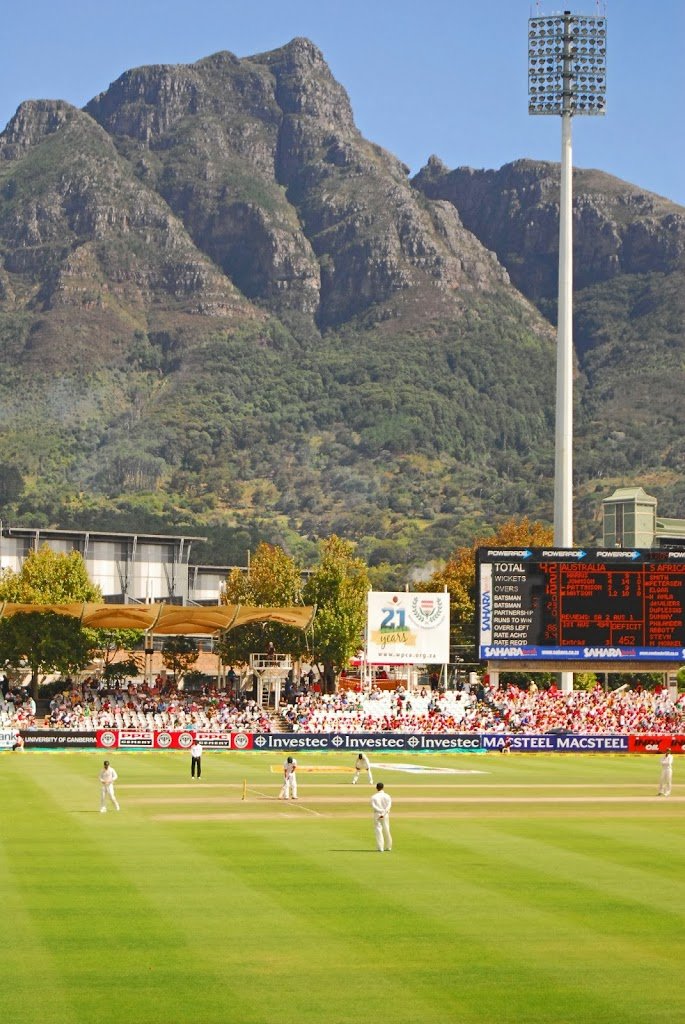 Fiance and I got to go to a cricket match! Better yet, we got to see South Africa play their biggest rival, Australia. This was a test match. Test matches can last up to five days. One match. Five days long. Not best out of five, or something like that. One. Match.

We attended day three, which was an especially interesting one because South Africa was without their best bowler (pitcher) and already losing very, very badly.  People in the stands had already given up on the home team winning and were just hoping the team could keep the match going until the end of the fifth and final day of the match. If South Africa could just stay alive through the full five days (they came close, it turned out) by rule the match ends in a tie no matter the score. I find this bizarre and infuriating. Bear in mind Australia is up by hundreds of points (runs), and as it turned out, the match came within just a few minutes of a tie because South Africa changed their tactic and decided to avoid getting “out” instead of trying to score (think a baseball batter hitting hundreds of foul balls with no interest in scoring!). 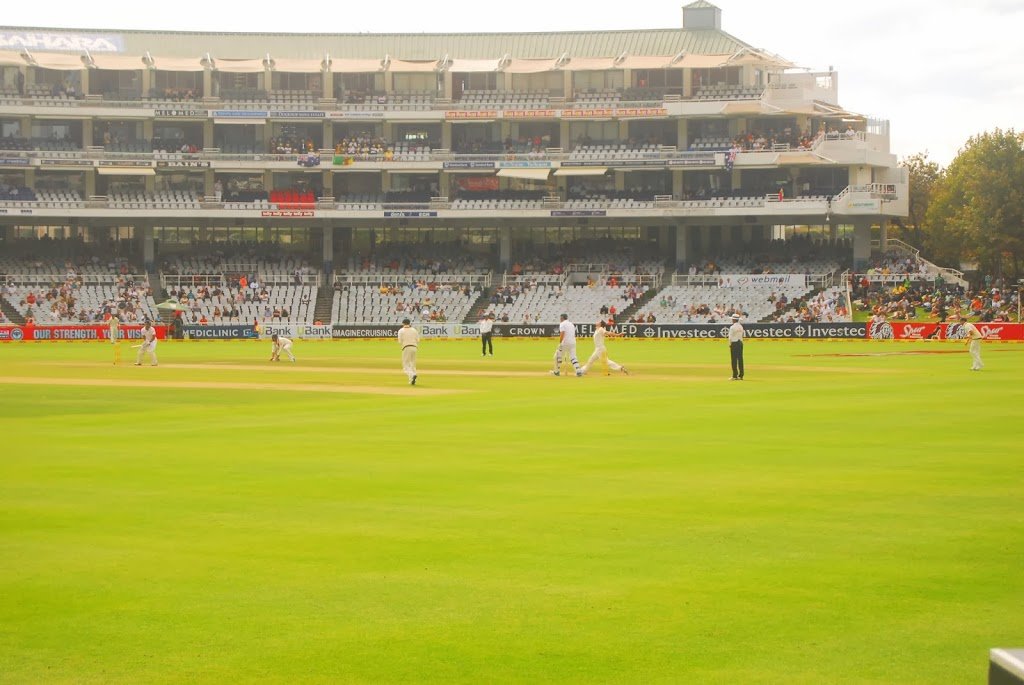 It was so much fun to follow such an unfamiliar game. By the time we left the match I felt like I had a base-level understanding of the sport. 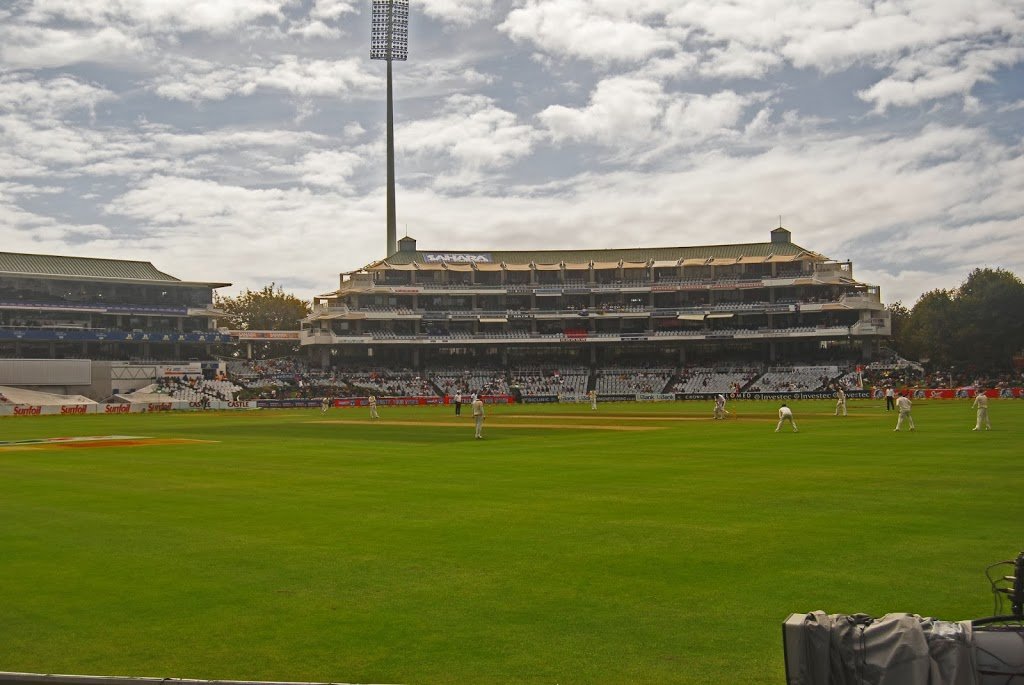 Fiance and I love, love, love minor league baseball. Our favorite team is far and away the Eugene Emeralds. We’ve spent our share of afternoons at PK Park enjoying a local brew and watching Sluggo dance with the kiddos. We also have a soft spot for the Hillsboro Hops and Vancouver Canadians. The cricket match had a similar vibe- everyone was relaxed and enjoying cold beers and ballpark food. Just not quite as focused on the kids, which always provides so much entertainment. However, the players were really nice about signing autographs, especially this fella’ with the killer mustache. 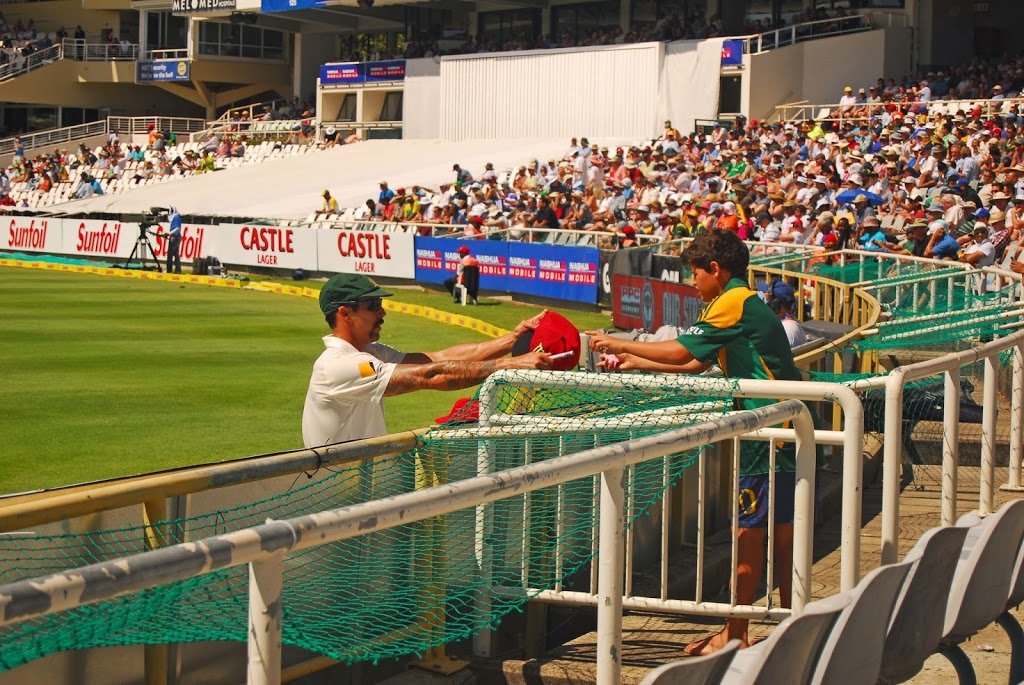 Seriously, just look at that mustache! 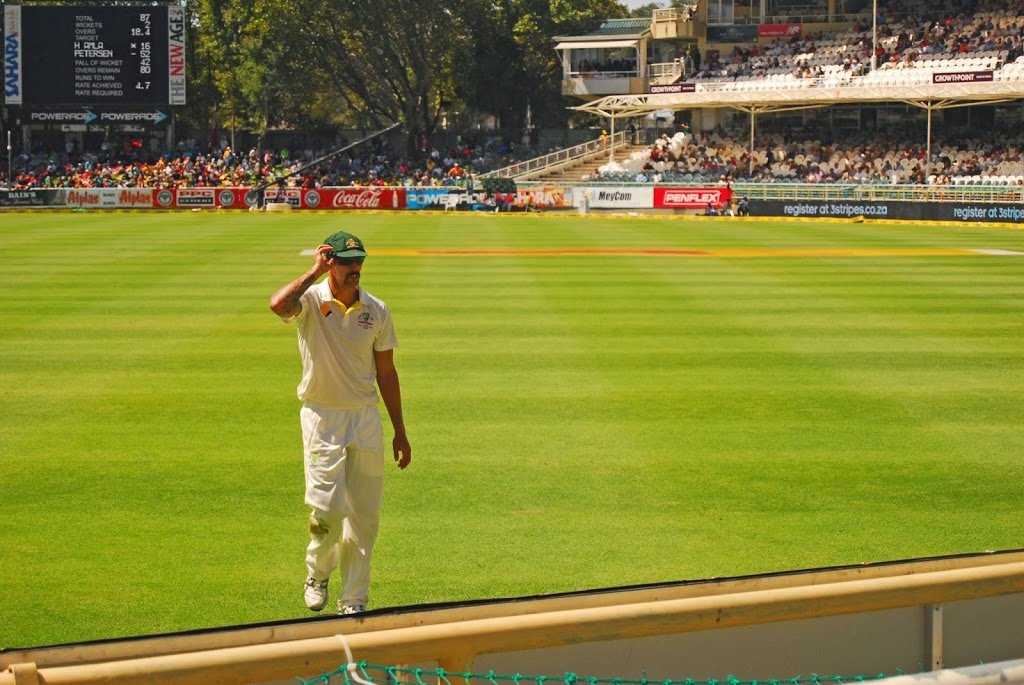 All together, a fun day and a great new sport to follow! Football will always be my first love, though.