new to sous vide? Click Here
Home » Recipes » Side Dishes » “We Smoked It All” Salmon Dip

“We Smoked It All” Salmon Dip 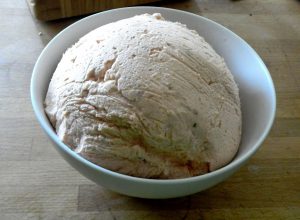 Yes, Saturday was not as successful as all of us Oregon fans had hoped it would be. That’s okay. We’ve still got our heads up and are confident that this season is salvageable.

I could say more… but I will not. I have mourned long enough. Hence the lack of posts until today. I couldn’t quite bring myself to be a rational human being earlier this week.

Anywho, I now introduce you to last weekend’s creation: “We Smoked It All” Salmon Dip. Now half of you think I’m a crazy person, probably. Or that I’m just another typical Eugenian. However, this clever name was thought of by Boyfriend. In case you don’t get the reference, an Oregon football player by the name of Cliff Harris was recently pulled over for going 118 miles per hour while driving in Eugene. The officer smelled marijuana in the car, and asked Cliff Harris and the other passengers who had it. Cliff Harris replied, “We smoked it all.” Here’s the article to prove it.

No one ever accused football players of being the brightest bulbs. But considering Cliff Harris’s incredible ability to turn a punt return into a touchdown, I’ll forgive him.

So, Cliff Harris, this dip is honor of you. Although you couldn’t participate on Saturday, I can’t wait to see what you do with the ball against Nevada.

Sorry about the lack of pictures of the actual dip. I was cooking for eight hungry people and there just wasn’t any time for picture snappin’. I actually forgot to take pictures entirely until I set the dip out and one conscientious eater asked, “Did you take pictures of this for your blog?” I then snapped the bowl off the table as everyone had just gotten Wheat Thins and Triscuits in their hands, and set it on my baking cart for a couple of quick photos, much to their dismay.

Thanks, Ian! You’re my football fan of the week.

Alright, to make this dip, first ask your dad to catch a salmon and smoke it using his special recipe. 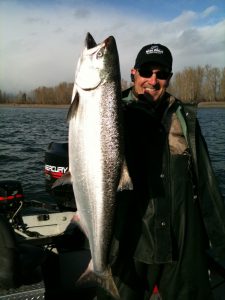 Perfect. Good job, Dad. I am privileged. If this isn’t possible, get salmon however you get salmon. If it’s not smoked, cook it and get some liquid smoke. However you take care of this step, make sure to shred it somewhat with your fingers once it’s safe for consumption.

Then get some cream cheese. And a lot of it. The only reason I had enough cream cheese on hand is because my mom, for whatever reason, decided she needed a Costco sized block of it, but failed to ever use it. So I took it off her hands. Whip that cream cheese up.

Add the salmon and whip a bit more. Then add a few dashes of hot sauce, a small amount of red pepper flakes, garlic powder, salt, pepper, and Italian seasoning. I kept it simple.

Whip until the salmon bits are well incorporated with the cream cheese and the mixture is evenly combined. To get it into ball shape, I laid out a big piece of saran wrap, scooped it into the center, then wrapped it up while molding it with my hands. Refrigerate for several hours, or over night.

That’s it! Serve with Wheat Thins, Triscuits, or whatever cracker floats your boat. Or, maybe you don’t want crackers. Maybe you want veggies, or bread. I’ll leave it up to you. Although I will say that I’m a Wheat Thin girl.

“We Smoked It All” Salmon Dip

Directions
1. Roughly shred salmon with fingers and remove all pinbones.
2. Whip cream cheese until fluffy.
3. Add shredded salmon to the cream cheese and whip until consistency is even and smooth.
4. Add remaining ingredients and whip until well combined.
5. Form into ball shape, wrap with saran wrap, and refrigerate for several hours or over night. Serve with crackers and/or vegetables.