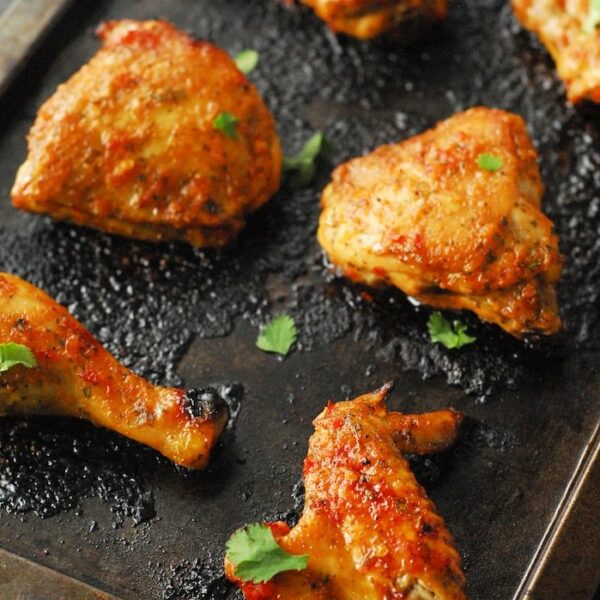 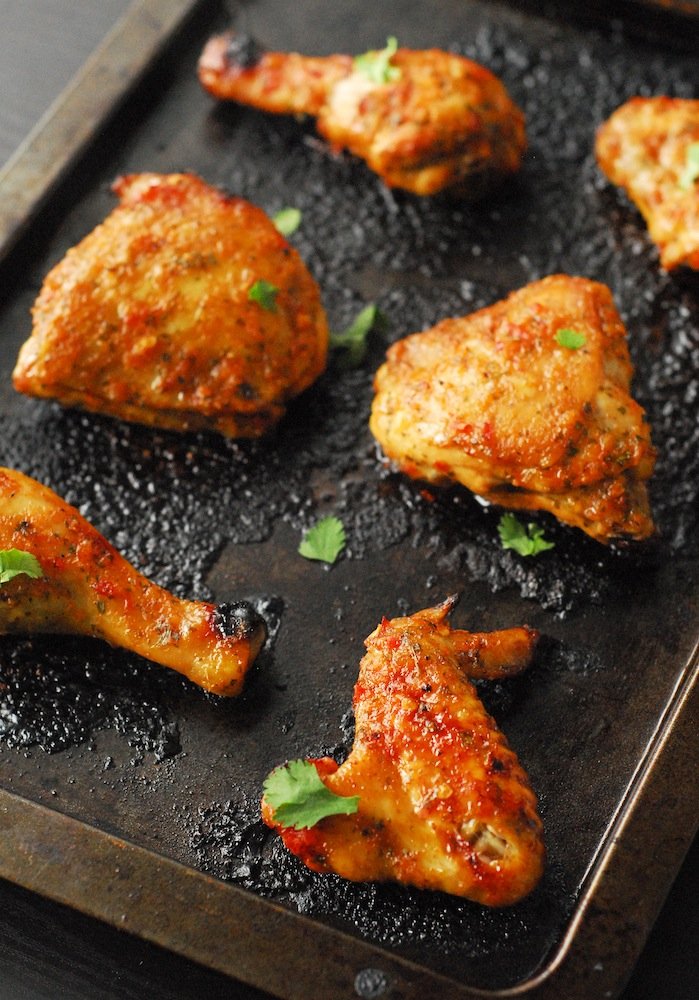 For all of my American readers who read the title of this blog post and said, “Huh?” first, thank you for reading it anyways, and second, here’s a brief explanation of what rooibos is. In South Africa, “rooibos” (pronounced ROY-boss) usually refers to a very popular tea that comes from the rooibos bush. It’s grown in the Western Cape, where Fiance and I are living. It’s considered an herbal tea and has an earthy, nutty flavor. It’s delicious and I’m starting to develop a habit of having a cup every night, since it’s caffeine free. Which actually leads me to a funny story…

So the thing about moving to a new country and experiencing culture-shock is that during those first couple of weeks, familiar creature comforts are REALLY important. For example, our first night in Cape Town after an exhausting three days of travel, I was an emotional basket case. We had a flight cancelled and missed another flight, which created a ton of stressful logistical side effects, so I was pretty much just at my end. We got to our apartment where our landlord explained that we “might have enough electricity to get through the night” and buying electricity entailed a process that was completely new to us. It was also about 7:00 p.m., so we didn’t know how much time we had to get that handled. We bought some stuff for dinner that wasn’t very good, I tried to have Special K cereal instead only to find out that Special K in South Africa is different and weird, and we couldn’t figure out how to make the hot water work so we could take showers. Oh, and we had no sheets or blankets, and all I really wanted was to sleep for ten days in a comfy bed.

But then we turned on the TV in our unfamiliar flat in this unfamiliar city to see if there was anything worth watching on one of our four channels, and the movie “There’s Something About Mary” was on. I was so happy I could cry. It was so silly, but this movie that I loved that was so familiar brought me crazy amounts of comfort. Then, I chilled out, watched the movie, and was able to start to see that our problems were pretty minor. Seriously, I was a total basket case.

Anyways, the previous year working in the restaurant industry had gotten me fairly addicted to coffee. It was a very necessary creature comfort for me, and our trip to the grocery store our first night had produced no results in the java department. We did get some rooibos tea, though, and Fiance told me to just drink some of that since it was caffeinated. I said fine, while insisting that it JUST WASN’T THE SAME THOUGH, and drank it, and felt a little better. And did this for over a week. Eventually we figured out that french presses were really popular here and bought ourselves a little one so I could get my coffee back and stop pouting each morning over my cup of tea. Only then did Fiance admit that there really wasn’t any caffeine in rooibos tea. Once I was past my indignant outrage, I was able to realize he did that for my sanity, so maybe it was kind of nice. Kind of. So now this tea will hold a special place in my heart for helping me cope during my first few weeks living in a new country.

Aaaaaaand on to the chicken! This chicken gets plenty of tasty rooibos flavor and a kick from the sweet hot chili sauce. It’s also got tons of fresh coriander (which I literally JUST figured out is the same thing as cilantro……… foodie fail) to give it a fresh flavor.

If you can’t get your hands on rooibos tea, try substituting it with your favorite herbal tea (like chamomile). Rooibos is getting more popular around the world, so you should be able to find it with other teas in your grocery store. I highly recommend trying it! 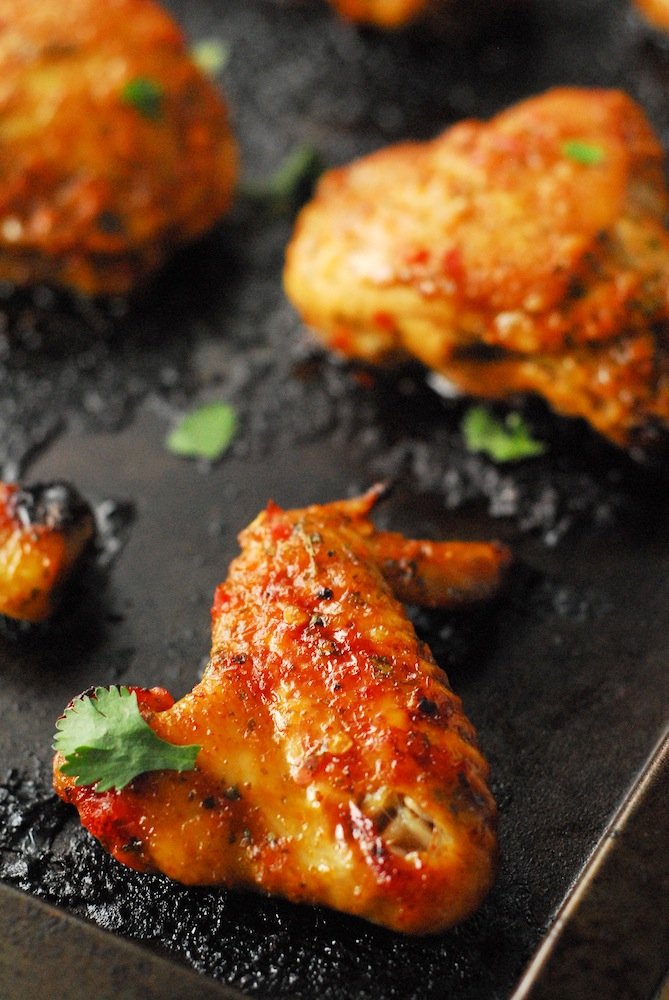 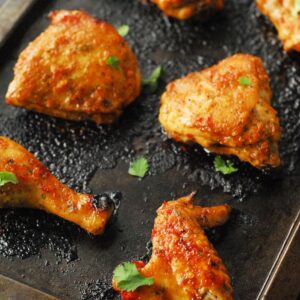