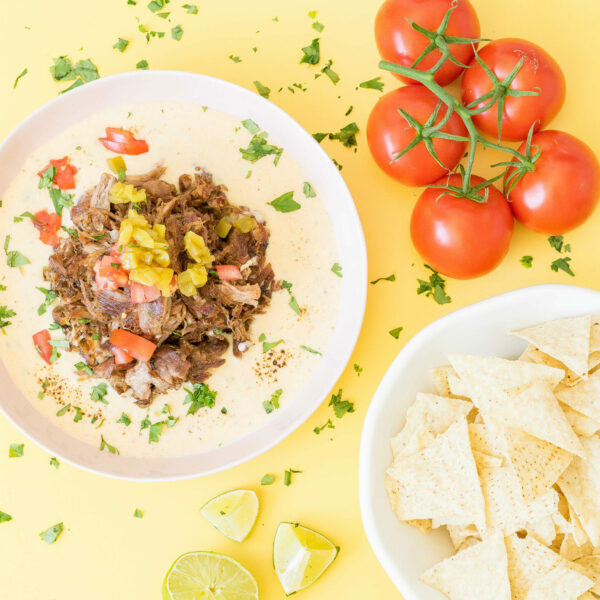 We’re two weeks in, and the Ducks have two Ws under their belts. We’re off to a good start.

To no one’s fault but my own, I’m a lot busier than I expected to be this football season. I had planned on lots of watch parties in our new home, but there’s no way I’ll have time for that. That’s okay. I’m busy with fun projects I’m really excited about.

I will, however, find time to make this Queso Fundido REGULARLY this football season along side our traditional hot wings. Because it’s my favorite thing ever.

There are lots of variations on this appetizer, but here’s how I do my Queso Fundido: crispy, shredded pork piled high in the middle of a skillet or shallow bowl, then surrounded by queso. It’s somehow even better than it sounds.

I’ve brought Queso Fundido as my contribution to many a party, and it’s always popular. But let’s be real, crispy pork + queso is kind of a cheat code for being the most popular dish at a potluck.

I’m giving you a recipe for DIY queso, but I’m going to level with you here: you can totally use jarred queso. No judgments. It’s still insanely delicious. 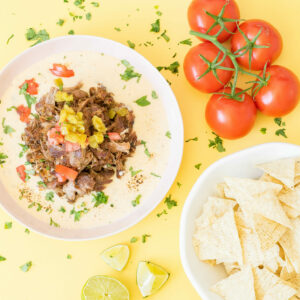