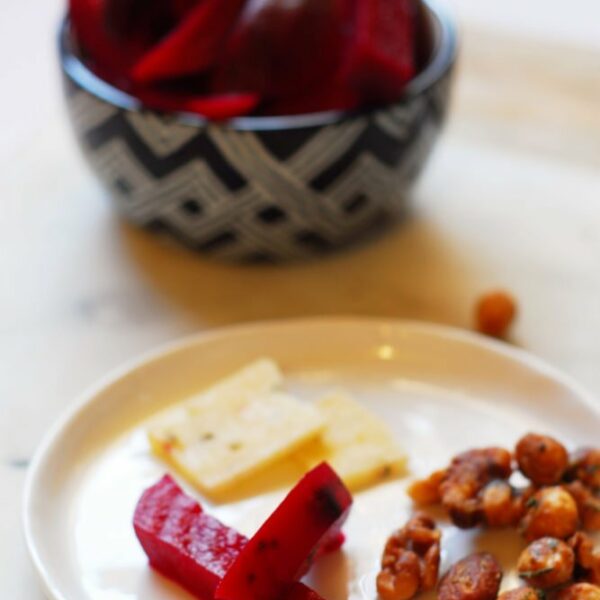 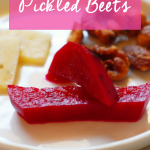 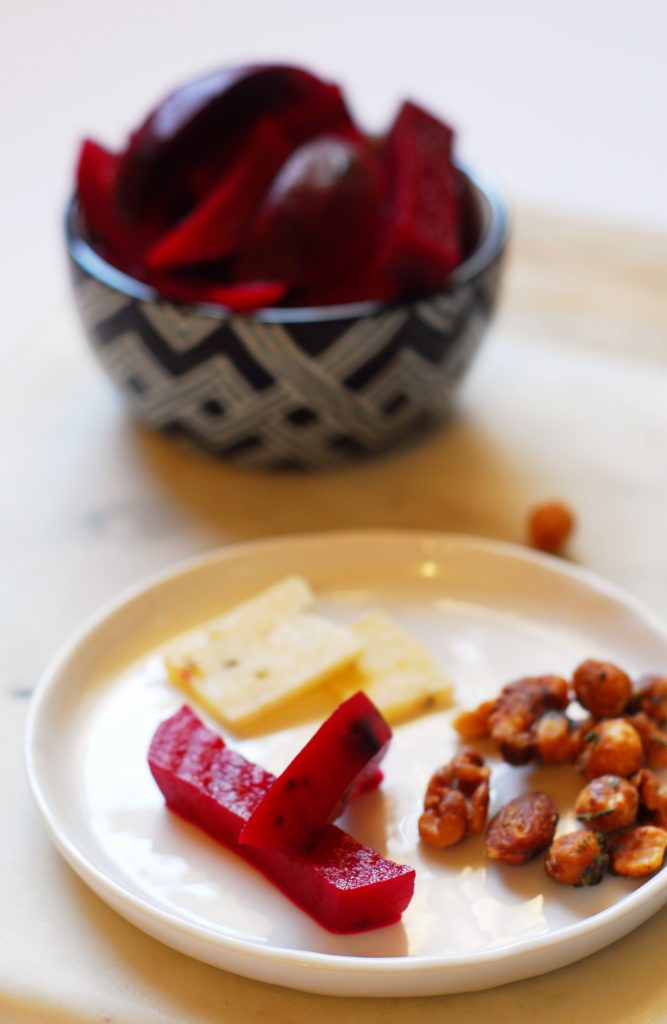 In my wise old twenty five years of age, I’ve discovered that I like a lot more things than I thought I did when I was younger. Apparently when I was really little, I thought I didn’t like salmon, and only crazy people don’t like salmon. Especially when it was caught that day by your father. I’ve thought I didn’t like most vegetables (most children and teenagers think this, though, right?), any toppings on my pizza except pepperoni, black coffee (four cups deep already this morning), and most certainly not anything pickled. I was very silly.

At around the age of twenty three, Husband and I discovered our new splurge dinner which has almost replaced pizza, something we fondly call “meat and cheese dinner”. It usually consists of bread, a couple of different cured meats, a few different funky cheeses, fruit, and something pickled. Even though it’s essentially the same ingredients as pizza, you somehow feel much more grown up eating it and even hate yourself a little less if you far exceed what would be an acceptable amount of food to consume. 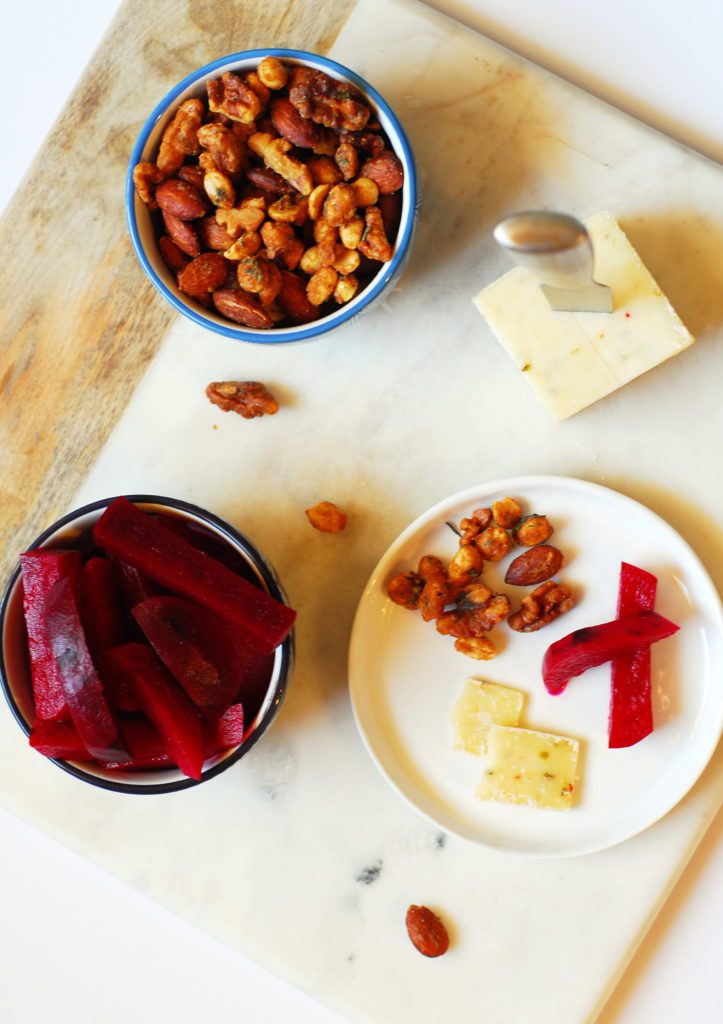 Do you know what this dinner does not have on pizza, though? It’s expensive. Every individual piece of it. It was consistently shocking to me that the pickled vegetables were so expensive! It’s typically just spices, some kind of vinegar, and vegetables. Vinegar and veggies are plenty cheap on their own, so why does the combination amount to this cost?!

Solution: pickle my own veggies! I stumbled across this recipe for pickled beets in a recent issue of Food and Wine Magazine and was super excited to make it. They were shockingly easy. I did a mix of yellow and red beets and started by peeling, slicing, and roasting them for about 30 minutes. Then I simmered apple cider vinegar, sugar, bay leaves, cloves, caraway seeds, and pepper for the pickling liquid. Add the beets and pickling liquid to a couple of mason jars and refrigerate over night! That’s it. 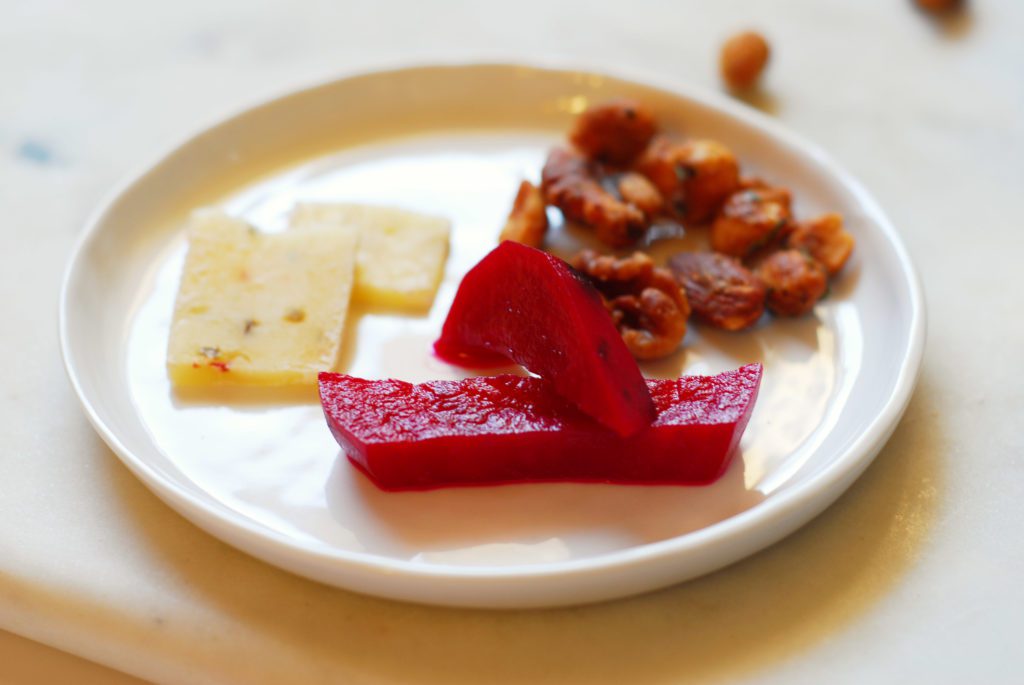 These pickled beets make an excellent addition to a holiday appetizer spread or even as a gift to the right person. They’re just the right amount of sweet and vinegary and so much more cheaper than any store bought pickled veggies! 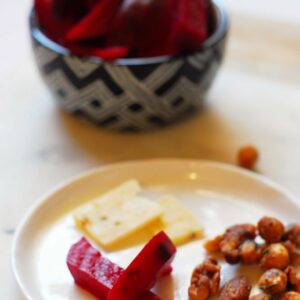