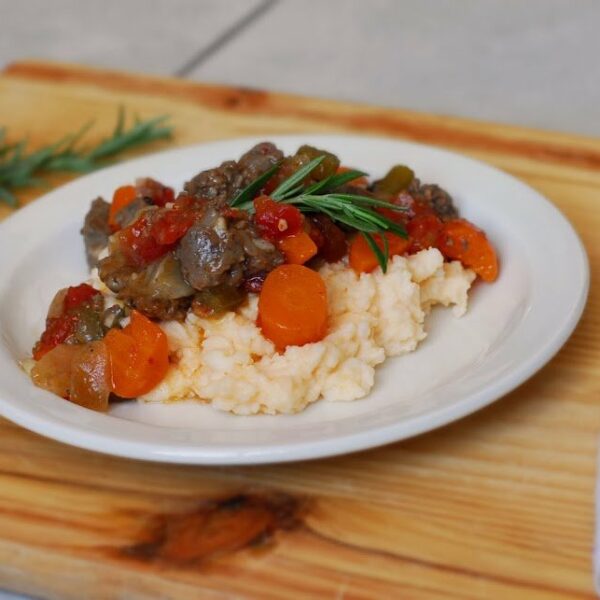 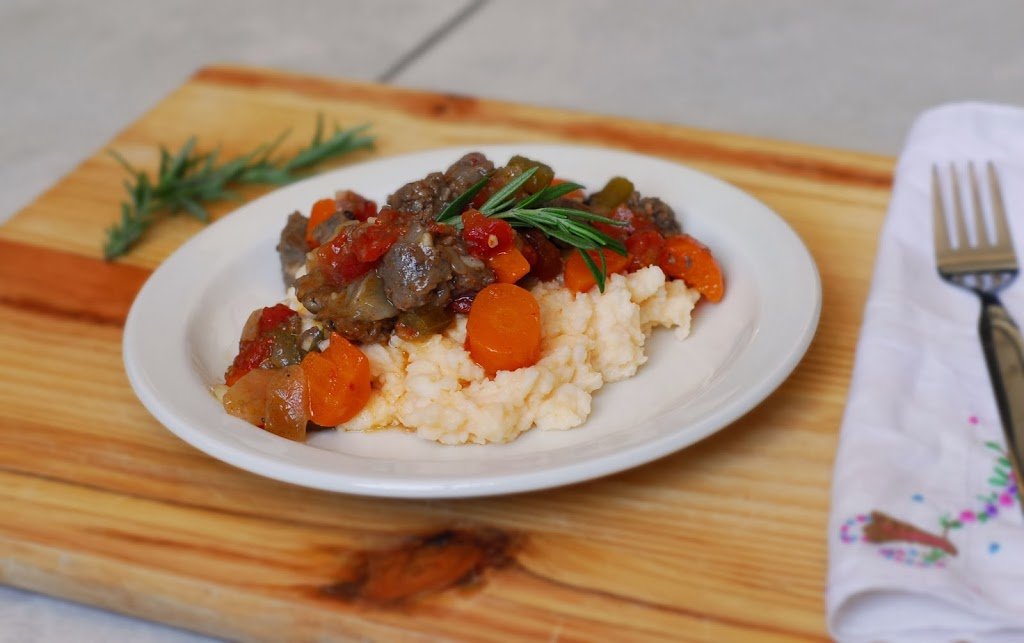 This stew is inspired by another recipe I found in a local magazine, House and Leisure. I am obsessed with their food magazine. I don’t think I’ve ever earmarked so many recipes. The original recipe called for beef shin, which is very popular here, but Fiance wasn’t so keen on this idea so I made it with a rump cut instead. And it was delicious.

Since we aren’t living here permanently, we’re trying not to invest in much. This means my kitchen is only furnished with the absolute essentials (I actually might argue that point…). No crock pot or dutch oven found here. Life is rough.

Unfortunately I took almost zero photos of the actually process- I really need to harness my focus- but I did take one of my make shift cooking device. Carrots, celery, onions, garlic, and sausage in a glass baking dish. 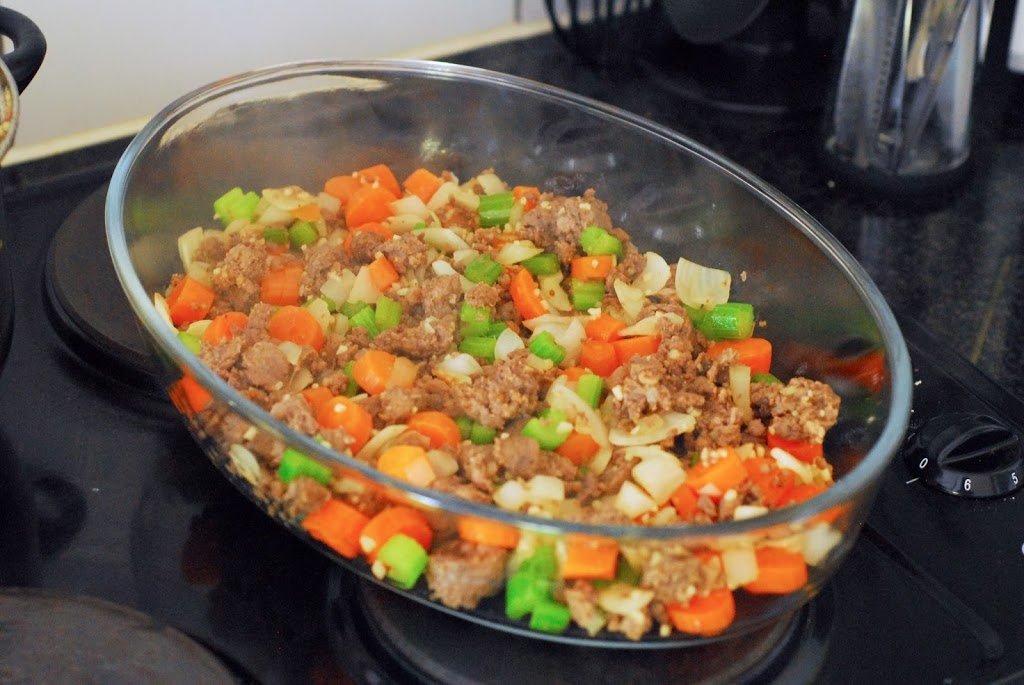 To which I added my stew meat. 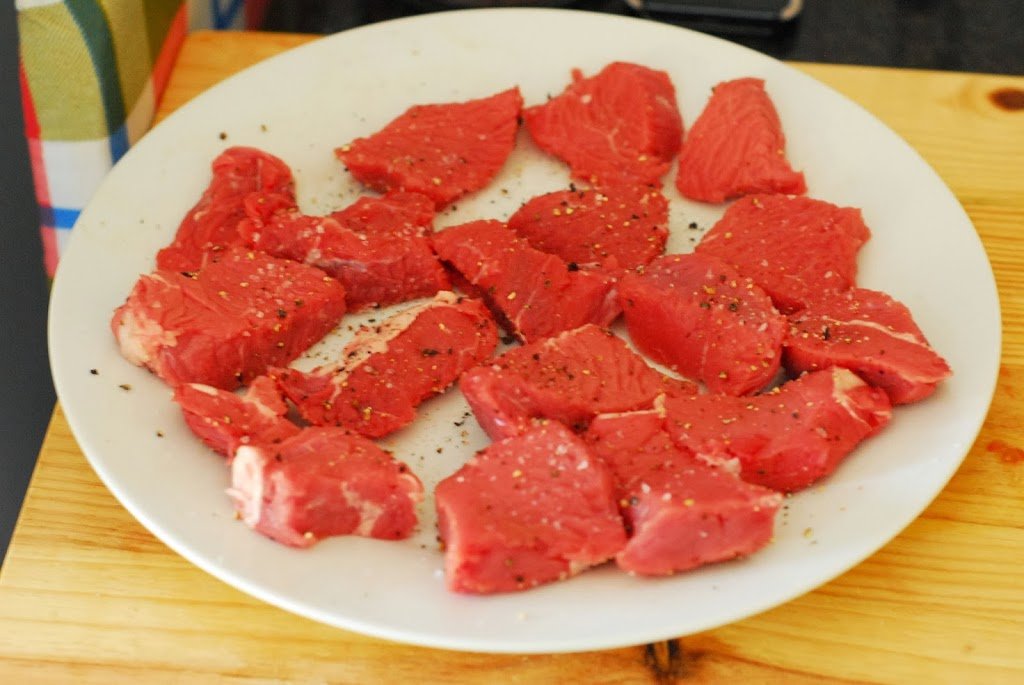 I browned the meat in the same saucepan I used to soften the veggies and cook the sausage. Then I added the meat to the baking dish and deglazed the saucepan with a can of beer. To that, I added a bay leaf, rosemary, chili powder, paprika, some chili flakes, and a little cumin and dumped it all over the veggies and meat. Then I threw in a few diced tomatoes for good measure.

I covered the dish with foil to create a make shift dutch oven and let it do it’s thing for a few hours. And there you have it! My improvised stew. 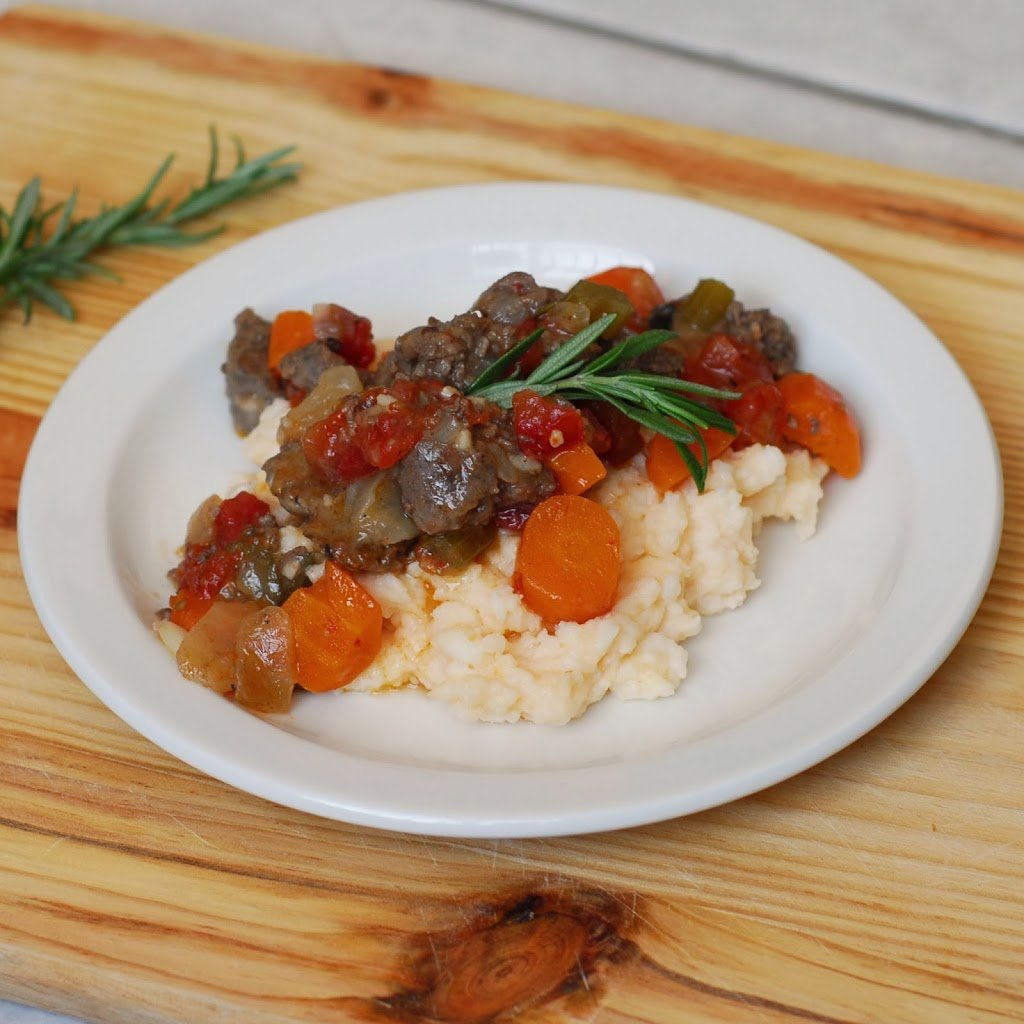 I served the beef with “pap”. Let me first get this out of the way: in South Africa, “pap” is a staple made from cornmeal that’s very similar to American grits. I know that to Americans, this word certainly does not sound appetizing. Just try your best to get that out of your head, because pap is delicious. Especially with a little gouda and butter mixed in. Pap, like grits, is very easy to cook. Boil maize meal with water for about 30 minutes, add salt, butter and a little cheese if you wish. It was the perfect complement to this stew. 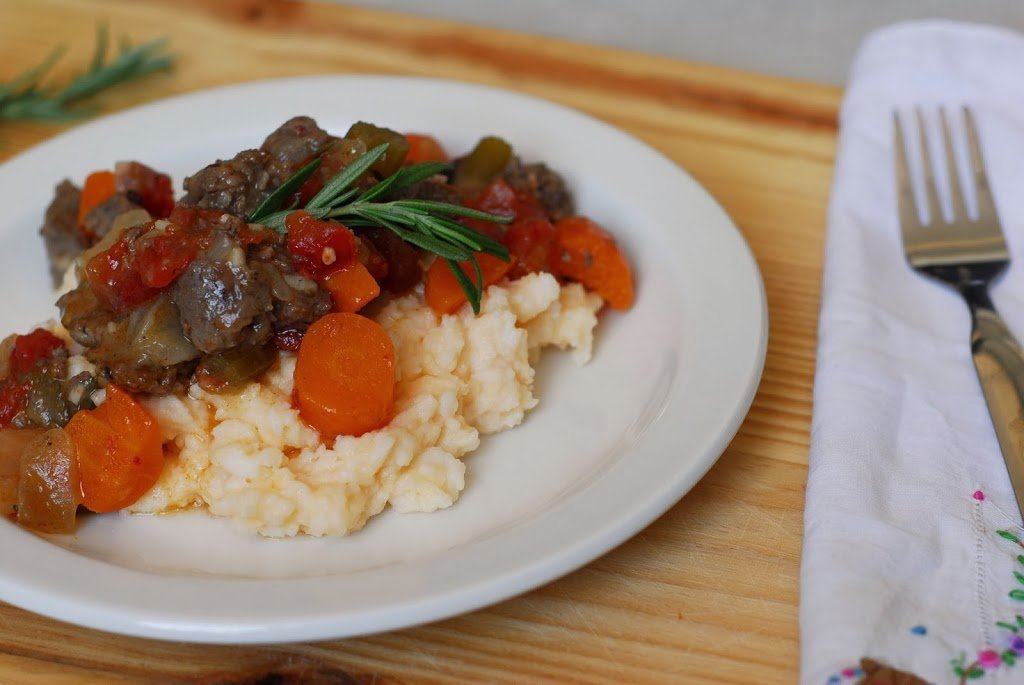 I’ve never added sausage to a stew, but it really made it delicious! The original recipe called for chorizo which I would recommend. We had left over boerwoers sausage, so I used that.

If you are more fortunate than me, do this in your crock pot! Just throw the veggies and browned sausage into the crock pot, brown the meat, and do the same deglazing process for your cooking liquid. Set it to low for 6-8 hours and call it good! 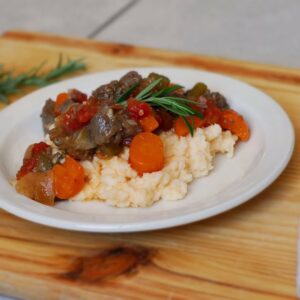