Hello lovely people of the blogosphere! I wish I had something interesting to share with you today. I contemplated making some kind of elaborate pizza braid, or trying to roast something in my new Breville Compact Oven today.

But instead, I write this while sitting on my boyfriend’s couch eating pizza. I didn’t even make the pizza, despite having an awesome recipe for dough in my arsenal.

This is all due to midterms. I’m only writing this because I’m procrastinating on my math take home test. Sometimes I procrastinate long enough to prepare some crock pot chicken for anticipated long days, but that is the extent of my cooking during weeks like these.

So I thought I’d show you what other talented bloggers have been up to!

Anne of Anne Strawberry made some amazing looking Apple Tart Handpies for Tuesdays with Dorie. Can I have one now, please?

Mary at One Perfect Bite made a Shaved Asparagus Salad with Aged Gouda and Hazelnuts. I could seriously use a salad like this in a week that’s likely to be packed with junk convenience food! 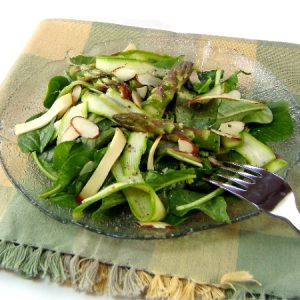 Eva from Adventures in Cooking made Lettuce Wrapped Turkey Burgers with Goat Cheese. If only I had the time… 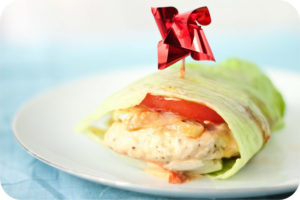 Megan of Cooking in College made Lemon Yogurt Cake that I’ve been drooling over all week long. Seriously. It will be one of the first things I bake once I have my life back. 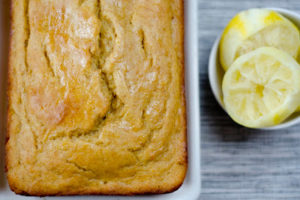 And, just in case you don’t have midterms this week and are looking for something fun to do in Portland, Monticello is having their spring show in which my mom is a vendor! So stop by and look for Worthy Goods, because they’re awesome. And they’re stuff is freaking beautiful. I am one of the only college students I know with gorgeous antique furniture, all thanks to my lovely mother!

I hope your week does not involve text books and calculators, but if it does, happy studying!

So yesterday I thought of this seemingly great idea, and was expecting to have something awesome to share with you. I have a jerked chicken recipe that I love, and I usually just do it as a marinade and grill it or pan cook it and serve it with rice. I decided I wanted to include it in this week’s dinner rotation, so I went to the store and picked up a habanero pepper, as this is an essential ingredient in this recipe. Then I was struck with brilliance, or so I thought: why not try this recipe in the slow cooker! This has been an especially busy week so anything that I can make easier is welcome. So the next day, I prepared the chicken as I usually would for the slow cooker by seasoning it with salt and pepper then browning it on the stove, and combined my usual jerked chicken ingredients and poured them into the slow cooker along with the chicken. I used the entire habanero pepper, as I usually do, without thinking twice.

I learned the hard way that slow cookers and chilies so hot I can’t even touch them with my fingers do not mix well. My boyfriend, who makes everything three times spicier than I would ever want, couldn’t come close to handling it. So we threw it all away (it hurts my heart a little to waste two chicken breasts) and grabbed some Carl’s Jr. instead. Lesson learned!

Tonight or tomorrow, though, I will have a yummy pork recipe to share 🙂 Have a good Wednesday!

First, I’d like to say thank you to my dear friend’s boyfriend, Kevin Farris, who did me a big favor and made my blogs new header! Thanks Kevin! He does all sorts of photography and is a PhotoShop pro so it was awesome to have him help me out. To see more of his work, check it out here at Kevin Farris Photography.

I’d also like to say thank you to my wonderful boyfriend who bought me a pizza stone over the weekend. I’ve been dying to have one because I always thought it was the missing component to making my pizzas great. I had to take it home immediately and give it a go, and let me tell you, the pizza stone was exactly what I was missing 🙂 I didn’t take very many pictures, so I’ll post the recipe on here within a few days since I’ll likely be making it again soon! 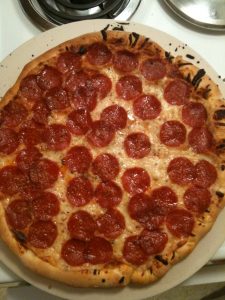 Once again, thanks Kevin and Eric! You guys rock!

Being a college student, I’ve gotten really good at working with what I’ve got. Yes, I may get some grocery money from my parents, and yes, I do make a bit of money working as a research assistant, but it’s not much. Especially because I love cooking so much. My budget would be way more manageable if I could tolerate eating Top Ramen and mac ‘n’ cheese for every meal, but I just can’t. I do have a few appliances that many college students don’t (and wouldn’t know how to use anyway) such as my pride and joy- my Kitchen Aid mixer (which I inherited from my mom after she loved and cared for it for 18 years), a George Foreman grill (purchased at Good Will for $7, oh yeah!), and a small crock pot (a gift from my boyfriend for my birthday). Although these allow me to prepare just about anything, I can’t help but have my eye on a few things.

For example, this gorgeous “make and take” bakeware from Chantal.

Or this pizza stone from Williams-Sonoma.

Or their Madeleine pan.

I could really, really use a nice, big food processor, like this pink KitchenAid Cook for the Cure model.

I love this spice rack from Ikea. It would work perfectly hanging from the towel rack on my baking cart (pictures soon to come of its remodel).

Since I am in Oregon City at my parent’s house, I haven’t been cooking since my wonderfully talented mother does it so well! Tonight we had chicken fajitas and an overwhelmingly spicy corn dish with berry cobbler for dessert, it was great! She’s such a champ. But all of her delicious work has left me with little to blog about (except to brag about my amazing mom) so I thought I’d share some fun cooking gadgets and tools I’ve discovered.

I love Stumbleupon. I spend an embarrassing amount of time “stumbling” each day and I find all sorts of recipes and new things to use while cooking. The other day, I found a store in Portland that sells chocolate and salt called The Meadow. What I found interesting was a product called Himalayan Salt Blocks which are used to cook or serve food on. The blocks are literally what they sound like- big blocks of salt.

You can chill them and serve cold food such as fruit or sushi on them, or you can heat them on the stove and cook meat and vegetables on them. They can even be used for curing.

From what I’ve read, they give a very unique flavor to food, beyond just salt because of the variety of minerals found in the blocks. According to their website, which even offers cooking instructions, no other seasoning is needed! I’m a big fan of marinades and rubs, so I’ll need to taste it to believe it, which I look forward to doing. The blocks are reasonably priced at around $20, so I’ll have to go pick one up, and maybe sample some chocolate while I’m there 🙂

This week, I found one of the best applications I’ve seen in awhile. Seriously, I spent hours on it this week, and am so, so happy I discovered it (and not through Stumbleupon!). It’s an application called YummySoup! and it has made my life so much simpler. As I’ve said, almost all of the recipes I find (at least the ones that aren’t a result of me spending the day experimenting in the kitchen) are from Stumbleupon, resulting in me having “liked” (or adding to my favorites) over 700 websites. Unfortunately, Stumbleupon doesn’t offer any real means of organizing favorites, and the search function doesn’t work very well, so I often have difficulty finding what I’m looking for. YummySoup! is essentially a digital cookbook that features a “web exporter”, allowing you to easily store recipes from any website (and organize them any way you like!). With common recipe hosting websites such as All Recipes and Martha Stewart, you can simply press a button that says “Import” and it does all the work for you. On less known websites such as blogs, you simply highlight a portion, of the recipe and click the corresponding title. For example, highlight ingredients and press the button at the top of the browser that says ingredients.

So easy! Now I can actually try all of the recipes I browse during the day! I only have 12 days left for my free trial, but I think it will be worth purchasing. Want to try it out yourself? Check it out here.
I find that I constantly have my laptop with me in the kitchen, and have unfortunately spilled my fair share of ingredients on the poor thing. Next I’ll have to find something to protect my poor, overworked computer.
I am an avid user of All Recipes because I like the rating system and reviews. What are some of your favorite websites to find recipes?

Hello all! Here is an introductory post before I start posting a few of my culinary adventures. First, you may notice I’ve included some football references (such as the poll to your right, feel free to cast your vote 😉 ). Football season is hands down my favorite time of the year. Last year I went to every single home game, and plan on attending many this season. In case you don’t know, my Oregon Ducks are currently ranked number five in the country! Very exciting. Before away games, I usually like to prepare snack type goodies to enjoy during the four hour Duck-fests, and can’t wait to share them with you!

Second, you may have also noticed that I am a college student. Although I admit that I have ordered my fair share of pizza (gotta love Track Town) and eaten more than one box of Kraft mac ‘n’ cheese, I like to think I’ve done a pretty good job of cooking “real” food since living in my own apartment. I usually make dinner for my boyfriend, whose culinary knowledge does not extend beyond peanut butter and jelly’s and anything you can put in the toaster oven, and since I had grown up eating home-cooked meals, it didn’t feel right to settle for anything less just because my mom wasn’t there to cook for me. I will admit, this can be difficult sometimes considering many of my days are spent in class or working and evenings on homework, but marinades and my brand new tiny slow cooker have become my friends.

Right now I’m in Oregon City visiting my parents, and although I’m planning on baking something to share this weekend, I’ll be able to post much more once I’m back in my apartment Tuesday or Wednesday.

Thanks for reading, and don’t forget to root for the Ducks tomorrow!